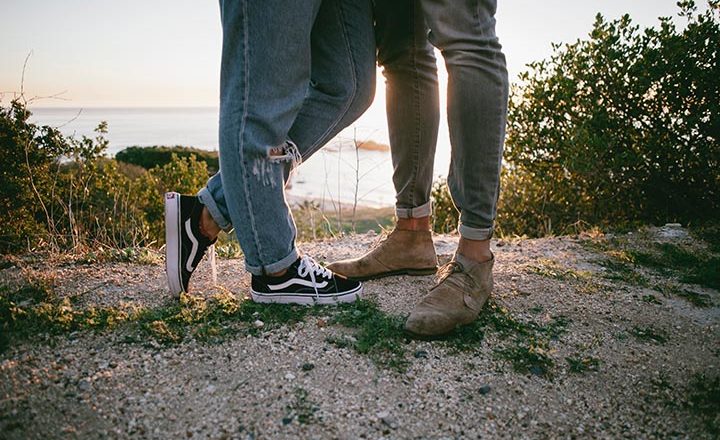 Daniel Browne
Daniel Browne is a multi-award nominated hypnotherapist and founder of Push Projects LGBTQ youth support charity & Warwickshire Pride. In his spare time he likes to sing, dance and write. Daniel is a massive fan of Star Trek and would like to be Seven of Nine when he grows up and has worked on getting the figure to pull off a tight silver catsuit.

Photo by Justin Groep on Unsplash

I must admit that I’m not a fan of the Q word. I feel it’s derogatory and I absolutely hate it when it’s applied to ‘the gays’. That word is ‘Queer’. I can’t stand it, and what annoys me more is that it’s homosexuals themselves who are using the word.

These days it is quite common to use the word queer and I’d go so far as to say it’s become en vogue. I keep reading and hearing terms such as ‘queer culture’ and ‘queer perspective’. I have to ask what exactly is ‘queer’ about me or any other gay guy?

I am willing to admit that part of my issue is the fact that I don’t like labels being put on people. I think people should define themselves and not have to live with the tags that society put on them. However, for the purposes of this article I’ll put myself in the box marked ‘Gay Man’.

As a gay man I am horrified that there seems to have been this reclamation of the word queer. I don’t understand the reason why it’s been reclaimed. Is it for some form of self-empowerment? I can think of better forms of self-empowerment than calling yourself a queer.

The definition of queer is strange or odd. Although I can be a bit leftfield at times, I’m certainly not strange or odd. Neither are most gay men that I know. Admittedly some gay people I know are a bit queer, but that’s in the proper sense of the word rather than it being based on sexuality.

Applying the word queer to homosexuals has long been offensive. I can recall many incidents in which I have been called a queer (or poof… or faggot). On one particular occasion I was at a bar with some friends when I was approached by the manager who called me a “fucking disgusting queer” and then barred me; the reason being my sexuality. Outrageous!

The manager was a massive homophobe and had seen me kissing a man in another pub the week previously. In that pub he had called me a queer too and wanted to beat me up. A great display of caveman mentality there. What he failed to realise is that the man I kissed was heterosexual. It wasn’t erotic at all; it was part of drunken game between friends. But then if it had been my boyfriend I was kissing it’s none of that guy’s business anyway. The issue with the manager of that bar rumbled on for a while and I won’t go further into it at this time, but I think I’ve made my point about how the word queer can be used negatively.

So we come to the surge in the use of the aforementioned terms ‘queer culture’ and ‘queer perspective’. It does get my goat. People going on about about queer culture don’t usually mean a strange or odd culture; they mean gay culture. I don’t understand why they can’t just say that. I refuse to be a part of any culture termed queer. I’m happy to be a part of gay culture as I am a gay man, but I don’t participate in queer activities or go to queer places because I am not a queer!

Recently a new bar opened in Birmingham, which is the closest scene to me. The bar is on a road that has several gay venues on it and is called Queer Street. When I first heard that this bar was going to open, I laughed and thought it was a wind up. But no, it’s true. I have actually refused to go in there since it opened. This is because of its name. I am not a queer, therefore I will not drink in a bar called Queer Street. Perhaps it’s meant to be a provocative name or a bit tongue in cheek, and I’m quite aware that I’m currently up on my soapbox, but I don’t think it does us (gay society) any good. A number of my friends feel the same way so it’s good to know that I am not alone in my views.

One further thing that outraged me recently was the discovery of a youth group for LGBT people called the Queer Youth Group. I find that so offensive. I run a group for young LGBT people and can’t believe that an organisation would call their youth group that. I don’t know the reason why it’s called that, but I would like to know. I think it sends out the wrong message to the outside world as well as its members. I think it’s in poor taste.

I don’t just feel this way about gay people reclaiming the word queer. I feel exactly the same about black people who have reclaimed the word ‘nigger’. I think it’s an awful word and don’t believe that reclaiming it leads to empowerment of black people or lessens the impact of it when used in a derogatory way. I know one person who calls himself ‘nigger’ and likes people to refer to him in that way. The only word I think of when I think of that person is one that I shan’t write here.

Putting my claws away for a moment, to sum up how I feel about gay people applying the word to themselves, I think that if people want to self-define as queer then that’s their choice and I believe in them having that freedom to choose. However, I do not agree with someone applying the word to me or others. It’s not reclamation for self-empowerment or to lessen the impact of homophobes’ use of it; it’s actually nonsense and double standards. It’s like a case of ‘I can use the word queer but the moment you, a straight person, uses the word it becomes offensive’. I object to that and to the word being applied to me. The simple reason being that I am not a queer.

Daniel Browne is a multi-award nominated hypnotherapist and founder of Push Projects LGBTQ youth support charity & Warwickshire Pride. In his spare time he likes to sing, dance and write. Daniel is a massive fan of Star Trek and would like to be Seven of Nine when he grows up and has worked on getting the figure to pull off a tight silver catsuit.

View all posts by Daniel Browne →

One thought on “The Q Word”