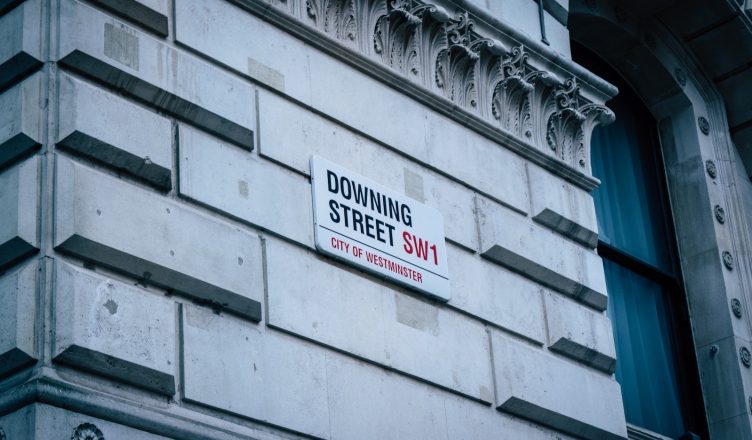 After just 44 days in the premiership, Liz Truss’s resignation yesterday confirms her place in the history books as the UK’s shortest serving prime minister.

By next week, the UK will have had its third prime minister in as many months. Truss is the latest person to come out of the revolving door to the great offices of state at Number 10 – the same door that has seen a new chancellor and home secretary appointed (and sacked!) almost every month.

Political analysts often reflect on a new prime minister’s first 100 days in office. Truss didn’t even make it to half way.

As she stood on the steps to Number 10 announcing her resignation to world, she attempted to list the achievements of her Government. Let’s be honest: it didn’t take long.

She cited support for Ukraine, something her predecessor started. She boasted about the energy price cap she introduced – something that any prime minister would’ve had to do and which her new chancellor Jeremy Hunt slashed from two years to six months. Lastly, she showed off her national insurance cut, something she voted to increase when she was in the cabinet.

The legacy that Truss will leave is remarkable for all the wrong reasons. In a month and a half as Prime Minister, she crashed the economy, tanked the pound, wiped billions off our pensions, caused mortgage rates to skyrocket, and caused the Conservative Party to implode.

Truss, like many Tory leaders before her, saw herself as a political successor to Margaret Thatcher. And while Thatcher was famously ‘not for turning’, Truss U-turned so much she didn’t know which way she was facing – and neither did the rest of us. No one believed that what she said one day would still be government policy the next.

Truss leaves office standing over the grave of the Conservative party, shovel in hand, waiting to see how deeply she has buried the party that clearly regrets electing her as leader barely six weeks ago.

Now the Conservative Party looks inward once again to find the ‘best person’ to lead them and the country within a week (one assumes to prevent Truss changing her mind again).

For this process to be quick and bloodless, the party needs to unite behind one candidate, but this Conservative party is deeply fractured – with many ambitious, unqualified people fancying their chances. The quota to get on the first ballot will require candidates to have the support of 100 of their fellow MPs.

Before the dust has even begun to settle from Truss’ resignation, the political cogs are turning and names are already being floated by Conservative MPs. There is every chance it could be bloody, and prospective candidates will have to climb over the bodies of their equally ambitious colleagues.

Who are the contenders?

An obvious choice would be former chancellor Rishi Sunak. Sunak was the most popular amongst his colleagues in the last race and, during that campaign, was frank is his warnings of the chaos of Truss’s fantasy economics.

The not-long-departed former prime minister still has his supporters. Despite his own party forcing his resignation just three months ago, there is a concerted push from his ardent loyalists in Westminster to return him to the top job.

And while he still has a following among Conservative members, the current feeling amongst Tory MPs is that, for now at least, this is an absurd proposition. The memories of a prime minister found to have broken his own COVID laws and still under investigation for misleading Parliament are not easily washed away.

No doubt the right wing of the party will look to keep hold of the top job. But the question is, who will they present as the ‘sensible’ right-wing, free-market ideologue?

The choice between former home secretary Suella Braverman – who recently riled against the ‘tofu-eating wokerati’ – and International Trade Secretary Kemi Badenoch – who suprised many by surpassing more experienced colleagues in the last race – is not one that fills me with confidence.

If the party wanted a more sensible, centre choice to garner broad support, there is a good argument for Defence Secretary Ben Wallace. Polling the highest amongst Tory members and with respect across the House, the veteran has led the Government’s response to Putin’s invasion of Ukraine and handled the UK’s withdrawal as the Afghan government collapsed

Can the Tories last?

Whoever takes over will likely not be prime minister for long – but Liz Truss’ 44 days will be hard to beat.

Opinion polls consistently show that the Conservatives are on course to be decimated in any general election, leading to an overwhelming Labour majority.

The victor of the Tory leadership race will be little more than a caretaker prime minister. With no mandate from the British public, their aim will be minimising losses at the next election.

An unenviable task, but one that no doubt some Tory MPs will feel they are qualified for.

And if that fails, there is always the lettuce!

If the Tories want to move on from this period of chaos, they will need to accept that they will soon be the party of opposition.

The damage done to the economy in recent weeks will be long-lasting, but not as long-lasting as the damage inflicted by their poor choice in leader.

They must learn from this or they will go from being the most successful political party in Europe to being all but wiped out – crashing and burning from the heights of an 80-seat majority won less than three years ago.