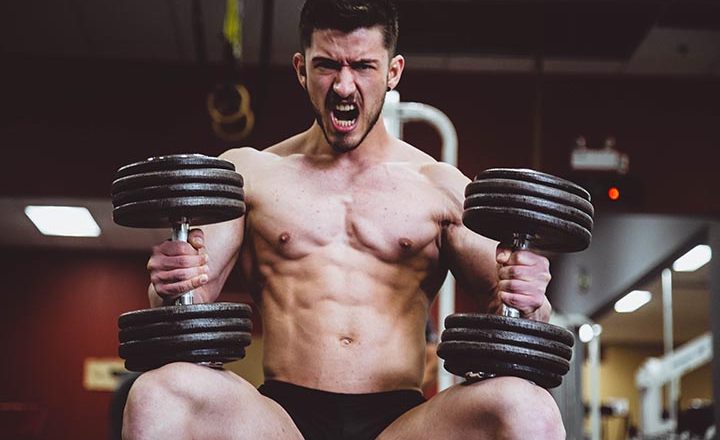 We had just gotten back from dinner in Florence, Italy.  The ex and I headed to our hotel room, and when he closed the door he looked at me with hate that felt strange, unfamiliar, and terrifying.  I had never seen such anger before, especially coming from him.  The tension was unbearable and I shuddered and what was about to take place.  He looked me in the eyes and said, “Why did you act like that on the bus? Sometimes you act too gay, and it bothers me.  Can’t you act normal? You make a fool of yourself, and it’s embarrassing.” Disappointed, and upset, I grabbed the key card out of the wall, left him on the bed in his boxers, the room pitch black, and headed down to the hotel bar for a drink.

In the elevator I thought back on what had taken place.  After touring a beautiful monastery, we were invited to a Tuscan feast.  I drank two bottles of white wine at dinner, and was feeling great. I was in Italy, with the love of my life. What could be better than that? Needless to say, I was extremely inebriated when I got on the bus. Our tour group had heard of my musical talents, and asked me to sing a few songs for them. I asked for three judges, and acted like we were on American Idol.  The tour guide handed me the microphone, and with no hesitation, I performed my renditions of my favorite songs by Maroon 5, The Fray, and Adele.  Everyone clapped, and when I was finished I pretended to be the tour guide for our group, even going as far as making harmless sexual innuendos toward our very attractive Italian driver, “Igor, is great at handling big things. Look at the way he handles this bus so eloquently.”

What was wrong with the way I acted on the bus? I admit sometimes I am extremely feminine and boisterous when it comes to my sexuality. I project it out, due to the fact that I spent so many years in denial and rejection.  I got to the bar and sat down to have a few drinks with my friend Christine.  I was in Italy, and I wasn’t going to waste a minute beating myself up over things that I felt impertinent to our relationship.  Christine and I sat and talked, and interacted with some of the locals—as well as those traveling abroad. An hour later, he came down to the bar.  His face was red, and twisted with rage, “Get back to the fucking room! Do you have any idea how long it took me to find my pants to get dressed? You disgust me.”

Embarrassed, I watched in shock as he got in the elevator projecting his wrath through his body language. I looked at Christine in shock, set down my drink, and told her I should head back to the room and fix things.  I got to the room; put the key in the door and opened it.  I remember the pain, tiny shards of red light, and the searing agony of confusion.  I opened my eyes and found myself on the floor. His fist had connected full force in my face, and it happened so fast.  He walked to the bathroom, closed the door, and sobbed in the shower. I sat there for a moment, and then I began to sob.  I sobbed in frustration. I sobbed in pain. I sobbed, because the man I loved had just physically abused me.

He was never comfortable with his sexuality. I understand that now.  But looking back on the violence of this situation—which eventually manifested itself more and more within the past year until our violent breakup—I understand exactly what happened.  When two gay men are in a relationship, masculinity and femininity can create problems.  I can’t tell you how many times a straight man or woman came up to us, as well as other gay couples, asking who the male was in the relationship and who the female was.  Who wore the metaphorical pants in this relationship?  Really, why? This question always bothered me, and I know it bothered him even more.  He’d often ask me why we couldn’t both be masculine—just because we are gay doesn’t mean we can’t be MEN.

The final year of our relationship I spent trying to live up to his expectations of masculinity and what it meant.  Because of his attitude on this problem, I would forcefully act what he deemed “appropriate” in public.  I was careful not to get too close to him, even though I wanted to hold his hand.  He was my partner, and why wouldn’t I want to share that with the world. However, PDA was something he frowned upon.  Anytime I didn’t act masculine enough he’d take his frustrations out on me.  The worst is when I would cry whenever we got in an argument and he’d say something hurtful or vice versa.  He’d look at me with disgust and ask, “Why are you crying? Stop, it’s pathetic!”

I feel for him, and no I don’t hate him, as many would expect me to do. I don’t think I ever will, because I know that he is struggling with coming to terms with his sexual identity.  I think in the gay community it is hard to live up to the stereotypes of what it means to be feminine or masculine, and it’s hard to live up to what our sexuality mean.  Sex, gender, and sexuality become so conflated it’s often hard to locate the place where one identity begins and another ends. As gay men it’s even harder for us to reconcile with such stereotypes when it comes to our own bodies.  I remember growing up, and if I wasn’t “boy” enough or I showed too many emotions I’d be ridiculed. I was skinny, and effeminate in my looks, and I learned quickly to obey the rules so that I wouldn’t be noticed. 1) Boys should be tough. 2)Boys should be scrappers. Boys shouldn’t show emotion. BOYS, who will eventually be MEN, never cry.

Gay men have it extremely tough. We’re bombarded on both sides when it comes to our masculinity. Our bodies, actions, and words are always ridiculed—I deal with it on a daily basis. We’re men in the sense of our physical bodies, but we are often rejected by straight men.  They don’t see us as men, they see as other—inferior to their superior breeding and upbringing.  This is because we don’t conform to their conceptual representation of gender in terms of masculinity—whether it is through our looks or actions.  This also manifests itself within our own culture and community. I know some gay men that hate feminine men—who many men call fairies—and vice versa.  I also know gay men who hate other gay men that don’t act the part.

Masculinity creates violence, and many times we don’t recognize the violence until it manifests itself.  As gay men how do we undo the violent effect of masculinity?  The answer is simple; we must challenge traditional conventions within and outside of our own community. We talk about it, we show our emotions, and we don’t give a fuck what anyone has to say when it comes to our identities. It isn’t as black and white as society wants us to accept, or even other people for that matter.

Don’t be afraid to cry.  Don’t be afraid to be yourself, and above all support other gay men who don’t fit the norm.  We’re all brothers, and we should realize that before we turn a cheek on another person.  Educate straight men when they have questions, because believe me they are full of them.  When we begin the discussion, we will begin to let others reconcile with the violence they have within themselves.  Stand up to the question “Who wears the pants?”, because relationships should never be about dominance.  We must redefine what it means to be masculine.

2 thoughts on “The Violence of Masculinity”