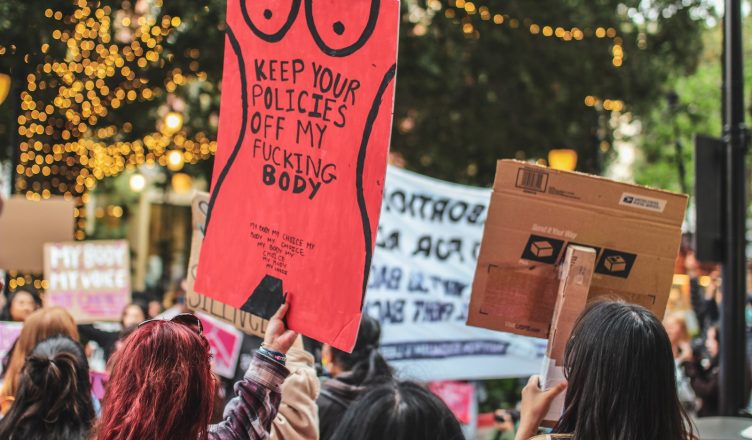 Miles Oliver takes a closer look at the impact of Roe v. Wade and what it means for the whole of humanity – including LGBT+ people.

On 24 June 2022, Roe v. Wade was overturned by the Supreme Court Ruling on Dobbs v. Jackson’s Women’s Health Center. Though news of the overturning had been lingering for weeks prior, this action has taken the country by storm.

Many news outlets have described the overturning of Roe v. Wade as an attack on cis women’s rights. While that’s true, and we’ve seen the fear and frustration cis women all over the country are now facing, the reality is that the Roe decision has major implications for everyone.

When the case was initially brought to the U.S. Supreme Court in 1973, they ruled that the Constitution of the United States conferred the right to have an abortion.

Now that the ruling has been overturned, what can we expect – not only for women’s rights but for the landscape of different groups across the country?

How Roe Affects Others

There’s no denying this overturned case is a women’s issue, but recognizing the other groups it can impact might lead to more action and determination to make changes in the future.

This decision impacts men, too. Men often have a say in the reproductive decisions their female partners make. If legal abortions are inaccessible, that say is completely gone.

If a cis woman is “forced” to have a baby, her male partner will no doubt be impacted too. At scale, this could impact the financial and emotional security of men all over the country.

Additionally, Roe impacts those in the LGBT+ community. Many gay, lesbian, non-binary, and trans individuals have already spoken out on the struggles of getting adequate medical care (especially reproductive care).

Trans men and non-binary people with wombs will also suffer, since it affects their bodily autonomy, too.

Trans people, more generally, might feel the effects of the overturning of Roe v. Wade – especially since they and many feminists must already fight for rights they lack in other areas.

Many LGBT+ people have grown “used” to feeling judged or shamed because of who they are. Members of this community may find increased solidarity with the cis women dealing with that same shame.

Finally, this decision could have an impact on reproductive rights and bodily autonomy across the globe. While many countries are expanding the legality of abortion, some are concerned that U.S. allies will look to our country as an example and place further limits on abortion.

One of the “slippery slope” issues that come with this ruling is the right to medical privacy in the U.S. Patient privacy is protected both under the Health Insurance Portability and Accountability Act and the guidelines of the American Medical Association.

Because medical workers help to protect patients’ rights, this decision may put healthcare professionals in an uncomfortable position

Under patient privacy rights, if someone comes to a facility to get an abortion, the medical staff is supposed to keep that information secure. However, staff members are now legally supposed to report abortions and give the information to the state.

This not only adds more stress and frustration to patients and medical facilities, but the “slippery slope” factor could eventually trickle down to things like IVF treatments, contraceptives, and other reproductive care.

One way people have started to circumvent these issues in the U.S. is through telehealth. During the pandemic, people started to use telehealth services to access abortions. Now, telehealth could become essential to those looking for an abortion in states that don’t allow it.

The benefits of telehealth, especially for a woman considering an abortion, include:

While contacting a medical professional in a different state via telehealth seems like a long way to go for this type of procedure, it may become the norm as women look for safe options.

It Could Be Just the Beginning

Justice Clarence Thomas, shortly after this ruling, wrote that “in future cases, we should reconsider all of this Court’s substantive due process precedents.”

Because of that statement, many are wondering if the Supreme Court will eventually decide to overturn same-sex marriage rights or make certain forms of contraceptives illegal. While these assumptions can spark a lot of fear and uncertainty, they should also spark motivation and encouragement to do our part.

As a society, we might not be able to do anything about this ruling in the immediate future. However, if there was ever an issue that should drive more people to the polls, this is it.

Even if you’re not a cis woman or a person with a womb, this decision could directly impact you or someone you care about. That should be enough to want to take a stand.

Miles Oliver is an independent writer with a background in business and passion for politics, psychology, news, and simply helping people live happy and fulfilled lives. He has lived and traveled all over the United States and continues to expand his awareness and experiences. When he is not writing, he is most likely mountain biking or kicking back with a cup of tea.