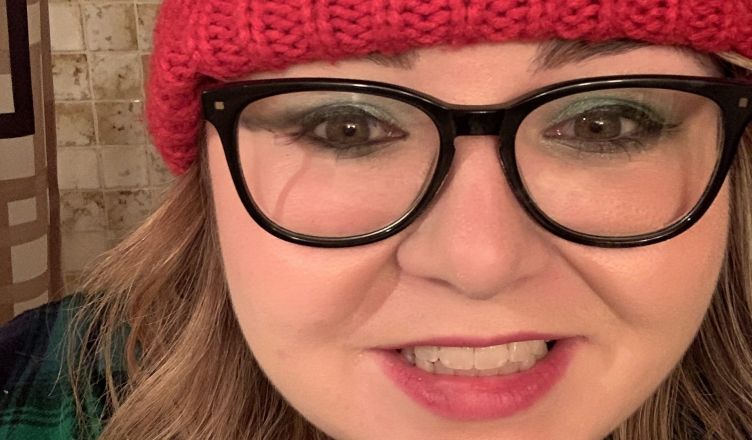 Being yourself at work is something that LGBTQ+ people continue to wrestle with. As part of our Out at Work series, Vada Magazine goes back to school with teacher Sarah Dowd. She tells us about the various map dots that punctuate her career as a physics teacher, and the impact that teachers can have on promoting equality amongst the next generation.

Sarah Dowd wanted to be a teacher since the age of 14, but it was attending an outreach event about becoming a teacher aged 16 that would make her fall in love with teaching, and seal her career path in education.

Dowd embarked on a Bachelor of Biological Science with Physics and Concurrent Teacher Education at the University of Limerick. The close proximity of the university to her home meant that she could continue living with her parents during her studies, alleviated the financial pressures of higher education.

Speaking to me today from her home in New York City, Dowd tells me it was a “result of the stars aligning” which saw her landing her current role thousands of miles away from her native Ireland.

Having searched for teaching jobs, and finding only one in the entire city that she could apply for, Dowd was shortlisted for a series of interviews. “I was interviewed by my current boss, then him again with the Principal and Assistant Principal of the High School, and finally by the school’s Director. The next thing you know I’m packing my bags, applying for an American visa.”

Dowd arrived in New York in August of 2019, from London, where she had been teaching in an academy in Enfield. “There were good days and bad days,” she says of her previous job. “But that role let me develop as a teacher, and I was lucky enough to work with people who’ve shaped me as a professional.”

Now she has traded the view of a North London KFC for the Empire State Building, and continues to walk around the Big Apple with a sense of wonder, even to this day. “I attended our Graduation in Central Park a couple of months ago,” Dowd tells me. “I left the Park and had lunch with my boss on Madison Avenue, and jumped in an iconic yellow taxi afterwards.”

RELATED ARTICLE  Out at Work: Drew Dalton, Founder of ReportOUT and Sociologist

While she admits that other days are more mundane, including grading lab reports and fire drills, I get a sense from Dowd that she is still just as excited to live and work in the iconic city.

Dowd hasn’t always been out with her students and colleagues. “Some staff knew in my old school, although I didn’t tell any students,” she recalls. “Not only was I not ready to come out to that level, but I felt like I would ruin some of the respect and relationships I had built up over the years.”

Arriving at her current school, however, Dowd felt able to be open about who she is from the get-go. “New place, new me!” she says of the trans-Atlantic career move.  It began with pride pins on her lanyard and a Progress Pride sticker on her laptop; this year she feels able to be “the most open” with her students.

Dowd believes that anybody who is working in education and thinking of coming out needs to reflect of being ready to do so.

“If you are ready, do it. If you are in a place where you do not feel valued and supported, know that there are plenty of other schools that will treat you – and other members of the LGBTQ+ community at your school – with the respect and support you deserve.”

This year Dowd has been embracing the phrase, “Be who you needed when you were younger.”

“While you may not be ready for that yet,” she explains. “Know that there will be a place and time where you are ready and that is something that can only be decided by you.”

As Dowd prepares for 2021/22 classes to recommence, we asked her to reflect on this past year, which has seen her teaching during a pandemic and embracing being open about who she is with her students and teaching colleagues alike. She breaks down a typical week during one of her busiest months of 2021: the conclusion of the academic year and Pride Month.

Today is the day for meal prep, brunching and on rainy days bad TV. My friends and I have had to introduce a mantra to our friend group; ‘Sundays are not Saturdays, don’t act like they are.’

5:50am I tumble out of bed and I stumble to the kitchen. People don’t believe me when I say I’m not a morning person but I’m also a teacher. I shower, toss lunch in my bag and make sure I have my work ID.
7am I hop into the car with three co-workers. I’m lucky that someone who lives in my neighbourhood drives. I just contribute to parking and gas, it’s cheaper than the subway and we use the ride time for informal group therapy!
8:30am I start my day by meeting with the pastoral coordinator for 8th grade (Year 9). I’ve planned some sessions for the middle school for Pride Month and I need to run through them with her before she briefs her team. This month has been crazy and I, along with one of my closest colleagues, have spearheaded the celebration of Pride Month.
9:30am I teach my first class of the day which is about electromagnets to 9th grade (Year 10). It goes off without a hitch.
10:30am At break time I meet the middle school librarian to catch up about the events they have organised for Pride Month. The displays they’ve put up are amazing!
12pm We’re running a Tie Dye event 5 times a week for the first two months of June to raise money for…you’ve guessed it…Pride Month! We’ve chosen to support The Trevor Project. Within minutes my hands are stained green and purple, and my Nike’s are going to need a scrub when I get home.
2pm I should be teaching 11th grade (Year 12) right now, but they’re off timetable this week for end of semester exams. I thought this would give me an hour to breathe and work on my to-do list but alas, I’m called into a meeting with the other senior physics teacher at the last minute.
3pm More tie dye, so more stains on my clothes!
7pm It’s hot and sunny, so it’s time for Mexican food and margaritas with my roommate and some of his colleagues.

8:30am I’m trying to write my end of year reports but in the 2020/2021 school year what do you say? Let’s try to get back to normal next year.
12:40pm I settle in to watch an assembly (over zoom) for our 5th and 6th graders (Year 6 and 7) given by one of the middle school teachers. He’s very bravely telling the story of how he came out and it’s a tear-jerker. I’m glad I can watch this in the privacy of my office and have a little sniffle. Hearing classrooms of kids clap and cheer for him was quite an emotional experience. The rest of the day is spent chained to my computer trying, and failing, to write my reports.

8am I’m welcoming kids into the school gym which is set up for exams. We have the usual disasters of missing calculators. Myself and the other physics teacher get everything going, and then spend three hours walking up and down rows in a gym that manages to feel Baltic right by the A/C unit and sweltering up the front.
12pm I get a break in the middle of the day…for more tie dye!
1:30pm I’m back in the gyms for another exam session, and trying very hard not to fall asleep.
7pm I’m on my couch with bad TV in the background as the soundtrack to a hot date…with a stack of exam papers! Grading here I come.

10:15am I meet with our Director of Diversity, Equity and Inclusion as well as another member of staff to talk about the place of Queer people within our institution. We’re working hard to carve out safe spaces.
11am Another fun 9th grade lesson; they’re making educational videos for each other as part of their end of year project.
12pm It’s our fortnightly meeting slot for the science department. It’s all play and no work today as we’ve all brought a different dish for lunch today to share. We’re celebrating two people who have new jobs and one person taking a 2 year sabbatical.
2pm I limber up my ‘like and retweeting’ muscles for hosting the @ChatPhysics weekly twitter chat. This week we’ve a specially themed chat about pride, and how we can include Queer scientists in our curriculum planning.
3:30pm Today we’re saying a special goodbye to a much loved colleague who has had a promotion elsewhere. It’s nice to be able to celebrate people with cocktails and canapes again.

10:30am It’s break time and I’m racing downstairs to get to my duty before I’m late. So we can social distance during meal times, this year two huge marquees have been put up in the car park so there’s less people in the cafeteria.
12pm It’s the last day of tie dye. It’s stressful to run, as there is just mess everywhere, but we raised just under $800. I’m very proud of our students for supporting such a good cause.
1:20pm I’m in a student club meeting. I am the advisor for the Baking Club and they are having a review of the year. Not only have they learned some great recipes, but they also did a drive to bake and package food for community fridges. I’m brimming with pride for the second time today.
3pm I’m nearly finished with my reports and I’m chaining myself to my desk until they’re finished.
4pm We head out to our usual Friday evening spot to commiserate and celebrate the events of the week.