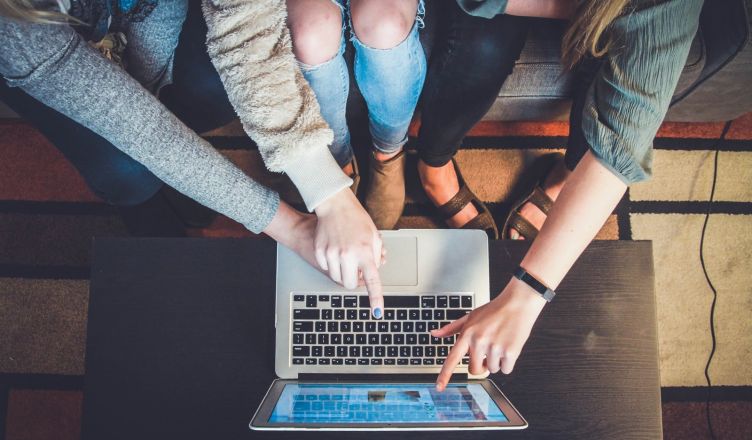 Though the UK has become more and more tolerant of LGBT+ people, the media is amplifying anti-trans views out of proportion to those who hold such prejudices, a report from Opinium shows.

Generally, only a minority of the UK public has anti-LGBT+ views, with a clear majority having respect and admiration for those who are lesbian, gay, bi or trans.

57% expressed positive sentiments towards lesbians, 56% towards gay men, 53% towards trans people and 48% towards bisexuals.

The report suggests that ‘biphobic stereotypes [including] the idea that bi people are untrustworthy or unreliable’ may account for lower levels of admiration for bi people.

The report, conducted by Opinium for Stonewall, showed that women and young people were the most likely to be LGBT+ inclusive and the least likely to fear trans people, though those in the 35-54 category were often slightly more inclusive than their younger peers aged 18-34.

In the summary of findings, the researchers conclude, ‘Perhaps most interestingly, given the high level of focus on trans people in the UK press, and the very negative tone of much of that coverage, the way the public feels is consistent across lesbian, gay, bi and trans people.’

‘Transphobia is a strong predictor of lesbophobia, biphobia and homophobia,’ say the researchers, in a stark warning to those LGB people expecting trans-exclusive groups to support them.

2,000 respondents were asked to tick the boxes which best described how they felt about LGBT+ people (they could tick more than one box). The options were: respect, admiration, pity, disgust, resentment, fear and envy, as well as ‘can’t ‘choose’ and ‘prefer not to say’.

The key findings include:

Feelings of disgust were marginally higher for gay men (9%), followed by bi and trans people (both at 8%), and then lesbians (7%).

‘It is also striking how consistent the picture is across communities. It is thankfully far rarer than it once was to hear disgust expressed about lesbian, gay or bi people in our public conversation and our press.

‘This data suggests that our media is amplifying a minority and harmful view, rather than reflecting more widely held sentiment.’

Feelings of resentment were low across the board: 3% for gay men and 4% for lesbian, bi and trans people.

Feelings of envy were also low: 2% for lesbians and trans people, and 3% for gay men and bisexuals.

Feelings of fear were similar: 4% for lesbian, gay and trans people, and 3% for bisexuals.

The researchers note that, ‘As with feelings of disgust, it is striking that the public is no more likely to fear trans people than it is lesbian, gay or bi people.

‘Much of the current media coverage of trans people focuses on the idea that trans women pose a threat to cis women, and that cis women are fearful of them as a consequence.

‘This data suggests that, as with feelings of disgust, our media is amplifying a minority view, rather that reflecting a commonplace sentiment.’

About a third of the public said they ‘couldn’t choose’ any of the descriptors available, including 32% for lesbians, 31% for gay men, 37% for bi people and 29% trans people. The researchers explain that ‘it is likely to reflect a range of positions’, including neutral positions, or a refusal to label an entire group but to instead ‘relate to members of our community on an individual basis’.

Only 11% of people (10% for gay men) rated ‘prefer not to say’, when asked what their feelings were. The researchers add that ‘it is reasonable to assume at least some of these people feel negatively towards lesbian, gay, bi and trans people’, but that they may be uncomfortable saying so because they are aware these responses might be seen as prejudiced. This phenomenon is known as ‘social desirability bias’.

But importantly, they add, ‘What is striking here is that the percentage of people choosing “prefer not to say” is relatively low. There is no “silent majority” that feels negatively about lesbian, gay, bi or trans people.’

Women do not respond differently to men on the ‘can’t choose’ and ‘prefer not to say’ options, which suggests they are not hiding their feelings more than men. The researchers note, ‘This is in keeping with gender differences in other attitudinal data, where women are typically more inclined than men to take a socially liberal approach.’

Finally, of the 8% of the population who admit to feeling ‘disgust’ about trans people , some 52% of them also feel disgust about lesbians, 62% about gay men, and 56% about bi people. That suggests that transphobia is a strong predictor of lesbophobia, biphobia and homophobia.

‘In fact,’ the researchers say, ‘of the 8% of the population who feel disgust about trans people, four in ten (40%) feel this way about all LGBT people.

This shows that transphobia is not wholly distinct from feelings of lesbophobia, homophobia or biphobia, and instead predicts them.