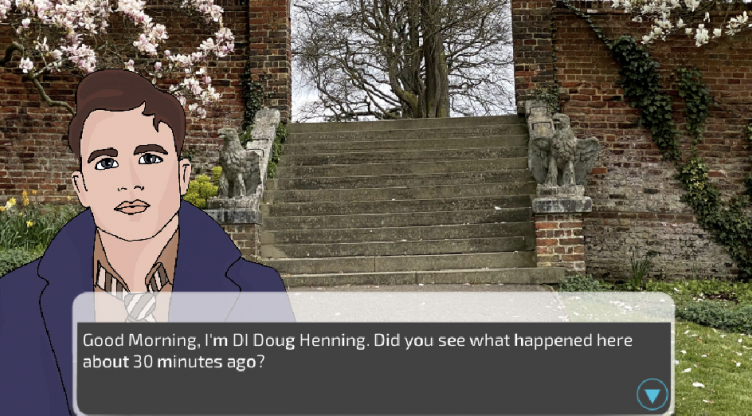 Image courtesy of the London 1986 team

In the current socio-political climate you could be forgiven for not knowing where we stand in terms of acceptance of LGBTQ+ individuals. Glaring examples of homophobic, biphobic and transphobic attacks splatter across our social media dashboards and newspaper headlines regularly, despite the fact we have more legal rights than at any other period.

Nowhere is this clearer than in the video game industry, where despite Ellie from the Last of Us franchise having a supposed revenge plot against a homophobic Christian cult, she doesn’t discuss in detail her thoughts on what being gay means, the history of the wider community, or the troubles she has had to face in explicit detail.

This is typical of LGBTQ+ people in video games – we are side-characters or side-plots, and even with great discussion of gender in the European release of the Final Fantasy 7 Remake (no spoilers but I watched a SharePlay and loved it) we rarely have the opportunity to discuss our history. We are used as a mechanic to drive the story of the cis-het protagonist only.

This is where London 1986 (working title) differs.

As it transpires that the crimes are against the LGBTQ+ community, his colleagues take a step back but Doug wants justice and to solve these crimes. The victims and witnesses from the community treat him with suspicion (as the police at the time were more likely to arrest the community than to help them), but he slowly wins them over to get to the bottom of the crime spree.

London 1986 will take place in famous LGBTQ+ hotspots, including Hampstead Heath, Clapham Common and the Royal Vauxhall Tavern. It blends real-world photographs taken by the creator as the backdrop with carefully hand-drawn characters, which are based on the real voice actors, which already includes people like David Ames, Charlie Hides and Mary Mac.

The mechanics of London 1986 are point-and-click (think Broken Sword), so the idea is that Doug will collect clues, talk to witnesses and interrogate suspects as he works to solve the crimes. Evidence pre-dates modern testing techniques (DNA, full fingerprint analysis, criminal databases) so Doug will have to rely on his wits, intelligence and persuasion to see this through.

Spearheaded by Gareth Conroy-Edwards, who has been gaming for over 20 years and has worked as a software developer for over 10. Although he’s never developed a fully fledged game before, he works with corporate support software for brands such as Barclays, Jaguar, Land Rover, Rolls-Royce and ASOS.

“The motivation [to create London 1986] was mainly the fact there had been a huge lack of games and game characters aimed at or featuring believable LGBT+ people. Some games offer ‘choices’ about how you want to play the game and which romantic interests you have, or they have characters that are explicitly from the community but these tend to be stereotyped side characters or comedy elements. [I] wanted to create a game that was different, and told genuine stories.”

For more information on London 1986 or to back the campaign, you can visit their Kickstarter now.