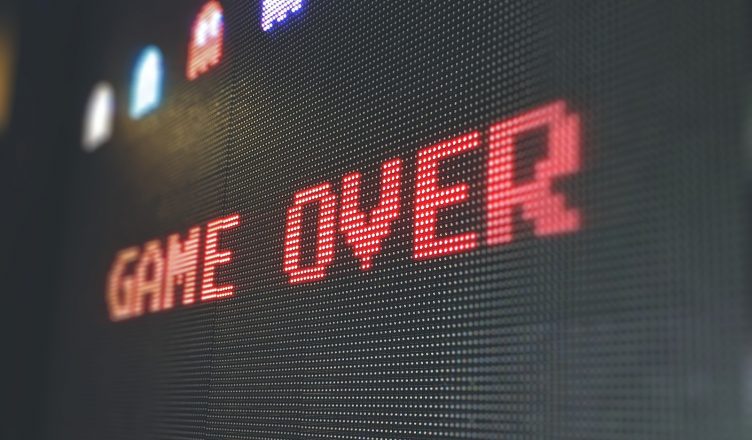 Samuel Alexander
Samuel is freelance writer, occasional illustrator, craft enthusiast and fan of all visual creative media. He is a published author who splits his time between client copy-writing and creative writing.

Manchester’s Museum of Science & Industry is currently holding its first ever celebration of video gaming with PLAY It! Manchester. The exhibition, which kicked off with a bang last week and will be open until Sunday 9 August, features some of the most popular video games of the past 30 years.

That’s right kids: from Tomb Raider to Granny’s Garden, you can now go play your favourite video games in a museum!

There’s a game for every level, casual to expert, with plenty of choice from retro to modern. You can even play Minecraft! Just try not to get too involved; you can only book a 90-minute session to prevent serial gamers from having all the fun.

The exhibition is split into different zones, with the games in each zone being linked by content, brand and theme. For a bit more detail those zones are Retro Gaming, Manchester, Rhythm, Minecraft (yeah, that gets its own section but not a JRPG in sight!), Celebrations (that’s popular characters basically) and Lounge for multiplayer games.

The Manchester zone pays tribute to Ocean Software in particular, one of the most recognisable names in the British video game industry and founded in Manchester. You’ll also find a whole lot of classroom favourites tucked away in this zone – who doesn’t remember playing Granny’s Garden in IT lessons? Best part of primary school. Unfortunately, you might need a hand with that one as I couldn’t for the life of me figure out how to get it started. Games weren’t always as intuitive as they used to be…

My visit certainly made me feel like less of a gamer and more like someone that just enjoys playing video games – I realised I wasn’t familiar with the majority of the games at the exhibition, but I can’t say it wasn’t educational. I mostly just played Tomb Raider, but was sorely disappointed to find that Lara’s latest adventure wasn’t on the list of playable games. Still, it was wonderful to delve back in to the past of the series and chat to a Lara Croft cosplayer as I played! With the added pressure to not kill Lara before her own eyes…

The multiplayer zone is definitely where this exhibition shines, with Super Smash Bros being an old favourite of mine and many others. It’s great to just enjoy playing games with strangers, especially when you win.

The opening of the exhibition was just overflowing with cosplayers. As lovely as it was seeing them in the flesh, the presence of some of my Final Fantasy and Kingdom Hearts favourites made one thing clear – not a single RPG! Perhaps I didn’t look hard enough but I feel like this homage to gaming over the last 30 years, despite being Manchester based, could’ve at least whispered the name Final Fantasy VII.

Still, I got to pose for photos with Tifa, Aqua and Lara Croft, so I certainly can’t complain. Not to mention wine. Free wine. We call that satisfaction.

Joining me to the opening of PLAY It! Manchester was Scott Balf, and here he is with The Sassy Bit™…

‘PLAY It! was super fun and a great first way to meet Samuel – we’re both geeks and we love that we are so instant besties.

‘It was a dark room full of geeks playing games, so naturally it was my own personal version of Shangri-La. It was delightful. And they had free beer. So eat it, Babooshka-yaya.

‘Only downside was that I’m still bitter that I didn’t get to play Granny’s Garden but it just wouldn’t work for us. It was never this hard in school when I knew nothing about computers. Then some d-bags got it working straight away though so we said balls to Granny, enjoy your garden, hag, let’s kick some stranger ass on Smash Bros instead.

‘I had a picture with Lara too but asked her to pretend I’d just said something hilarious which of course is always a great way to see how bad people are at fake acting. She was totes bae though.

‘If you want to go to PLAY It!, do it because it was fun and so good to be in a room celebrating games with your society-frowned-upon brethren who just love to game without any pretence or bravado. It was a happy, safe space to be in. Also free beer. That was for just us, though – not sure about regular patrons. Boom.’

Samuel is freelance writer, occasional illustrator, craft enthusiast and fan of all visual creative media. He is a published author who splits his time between client copy-writing and creative writing.

View all posts by Samuel Alexander →

One thought on “Museum of Science & Industry opens PLAY It! Manchester”