New is not always the best, especially when it comes to games. If the likes of Angry Birds leave you feeling murderous then perhaps it’s a good idea to simultaneously step back and look back in your quest for the perfect mobile game. Here we remember some of our favourite classic games that have been ported over to mobile formats recently – so that you can continue to enjoy them or can discover them for the first time if you missed them when they were first released.

Of course there are plenty of great gaming apps out there to tempt the avid gamer. In fact, personalising your mobile device to your own unique and individual taste has never been easier. It’s never been easier to multitask. Indeed, now you can save the world from a zombie apocalypse, plan your next trip, browse retailers, pay for goods or services and connect with people of all ages, ethnicities and generations. What could be better than showing your teenage nephew how to cut up enemies in Games Workshop’s Chainsaw Warrior or teaching your nan how to use her mobile for gaming with Wink Bingo (where she can simultaneously catch up with friends, make new ones and find out all the latest news whilst enjoying a game or two in an environment that is safe and secure)?

The way we communicate or entertain ourselves has dramatically changed over the last few years as technology advances, and now we can enjoy those games whether they are card games or war games, roleplay or slots, knowing that they will boast excellent graphics, audio and video clips to enhance our time spent at any particular place. Gone are the days where, to be truthful, enjoying any game using your mobile phone was – to say the very least – horrendous! We’re not playing Snake any more, kiddies!

These are just some of the reasons it’s so cool to try out a few of the vintage games now they have been ported over to iOS (some are available on Android and Windows OS too).

Above is only a small but choice selection of what is on offer and they are well worth checking out if not for nostalgia’s sake then for simply trying out something that in its heyday had a reason for being so popular. 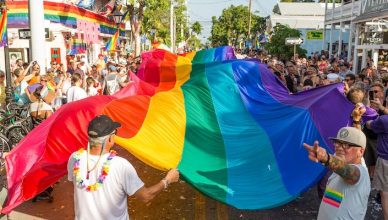 Meal delivery review: Love Yourself – meals delivered to your door

19 January, 202020 January, 2020Tim Firmager
Love Yourself is the latest company to join the ranks of the healthy food delivery service, offering a range of diet options, so we at Vada tried it out their meals for ourselves. (Read more)

13 January, 202012 January, 2020Kim X
If you’re giving up the booze for Dry January, then here’s a list of alcohol-free activities you can enjoy in Leeds throughout the month. (Read more)