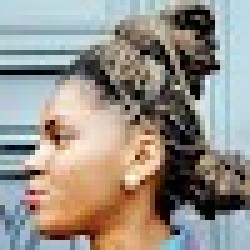 ‘Love me for a Reason’, ‘Father and Son’, ‘You Raise Me Up’, ‘Flying without Wings’ – sound familiar? For non-90s-pop-enthusiasts (shame on you!) these are top hits by Irish boy band sensations Westlife and Boyzone. To celebrate their successes, Brian McFadden (Westlife) and Keith Duffy (Boyzone) have joined forces to create Boyzlife: a nation-wide tour in partnership with Hilton Hotels and Resorts.

The Manchester leg of the tour took place at Hilton Deansgate. VIP guests were treated to tribute cocktails – ‘Time’ for Westlife and ‘Words’ for Boyzone.

With a queue made-up of women aged 30+ and the odd man in spandex and glitter – it was obvious this was a 90s affair. The turnout was decent but not over-packed.

The night kicked off with supporting act Coal Page covering Nina Simone’s ‘New Day’ as well as other jazzy hits.
The anticipated moment – Keith and Brian appeared on stage both sporting a three-piece navy blue suit. There were no bums on seats – the fans stood to welcome their idols with raucous applause.

The night was a sharing of stories from their personal lives interwoven with video montages from tours, and, of course, live performances of their biggest hits.

It was an intimate affair: low lighting, an acoustic guitar, both artists sat on leather armchairs on a low podium jumping from one memory to the next. The scene was almost poetic – the simplicity of the room juxtaposed against the clips of sold-out arenas and performances with the likes of Mariah Carey and Pavarotti.

There was no faking the chemistry between the two – it were as though they had been part of the same band. From their revelations it seems they had very similar experiences. Both spoke of their humble beginnings in Dublin. And we heard the familiar old story of the industry ‘milking them’ for all their worth.

Family was a key theme throughout the conversation. Brian spoke fondly of his two girls, telling fans that they were his main motivation for leaving WL. Keith introduced us to his 23-year-old son who was sat in the audience.
Keith spoke of the pain he continues to experience from the untimely death of Stephen Gately – the only openly gay member of BZ.

Banter was a much-needed feature of the evening. Keith accused WL of stealing BZ’s fan base, whilst Brian joked with over-enthusiastic audience members.

A medley of ‘Boyzlife’ classics was the perfect ending to the evening.

View all posts by Christina Fonthes →