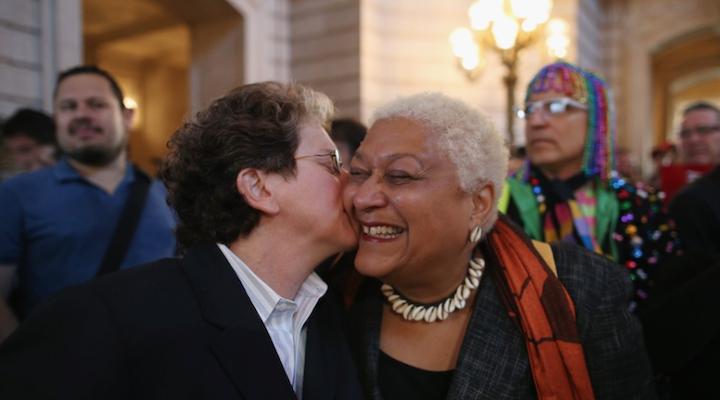 To mark the launch of the movie Book Club, which celebrates the friendship and love lives of older women, staring Dianne Keaton and Jane Fonda, a sex survey was undertaken. This polled over 50s British adults, both straight and those identifying as LGBT, and the results are intriguing.

The survey revealed that a third of over 50s say they are having the best sex of their lives. This research revealed almost one third reckon they are having more fun between the sheets now compared to when they were in their 30s and 40s.

Of those in long term relationships, 51 percent said the reason their sex life was now so fulfilling was because they had been with their partner so long they knew what they liked in the bedroom and vice versa.

According to the research 15 percent of those polled who are still with their long-term partner or spouse are green with envy of their friends who are back on the dating scene and enjoying a new lease of love life.

One in ten are back on the dating scene after being in a long-term relationship, with 17 percent of those having had a recent sexual encounter with someone they met online. About 5 percent of the single respondents polled said they have had many new sexual partners since being footloose and fancy free.

Having decades of practice (or experience, as we refer to it at Vada) was cited as the main reason for great sex, according to the study. More body confidence, new partners and not being afraid to experiment were also among the reasons sex was better at fifty plus, the poll found.

And 19 percent of those nearing retirement age said their energy levels have soared since the kids had left home, giving them more energy to perform in the bedroom. According to the poll, more than half (52 percent) said they don’t see any reason why they can’t keep having a great standard of sex well in to their 60s and 70s.

On a sobering note however, 6 percent of respondents had concerns that their partner wasn’t able to keep up with the demands of their high sex drive.

And almost a quarter (23 percent) of fifty plus Brits claim sex is far more liberating in older age.

This research illustrates sex, like Jane Fonda, is timeless, and that we should all continue to enjoy, explore and celebrate great sex as part of our lives, whether in a relationship or single.