The Rocky Horror Show has been chilling, thrilling and fulfilling audiences for over 40 years and what better way to celebrate this colossus of a show than with a brand new UK tour of the sassy and down-right outrageous musical, with it’s sweet transvestites from transsexual Transylvania, Adonises in gold booty shorts and far-too-corruptible couples!

Kicking off in December, Diana Vickers will fill the role of Janet, Ben Freeman will play her devoted fiancé Brad, and Paul Cattermole (from S Club 7) will step into the boots of Eddie, and I for one am LIVING for this cast so far! January, when the show comes to Manchester, cannot come fast enough. I’m counting down the days till I can scream, ‘Dammit, Janet, I love you!’

I was however lucky enough to quench my thirst and have a chat with the ever-so-delightful Diana Vickers about her role in the show, portraying the character that so many icons have played over the years – most recognisably Susan Sarandon in the movie. And what a peach! Diana is lovely!

The first thing we did was talk about how good it was to not be at work and staying indoors instead, wrapped up in a duvet and getting fat from eating far too much chocolate whilst it’s winter and the weather is so grim outside. A girl after my own heart! 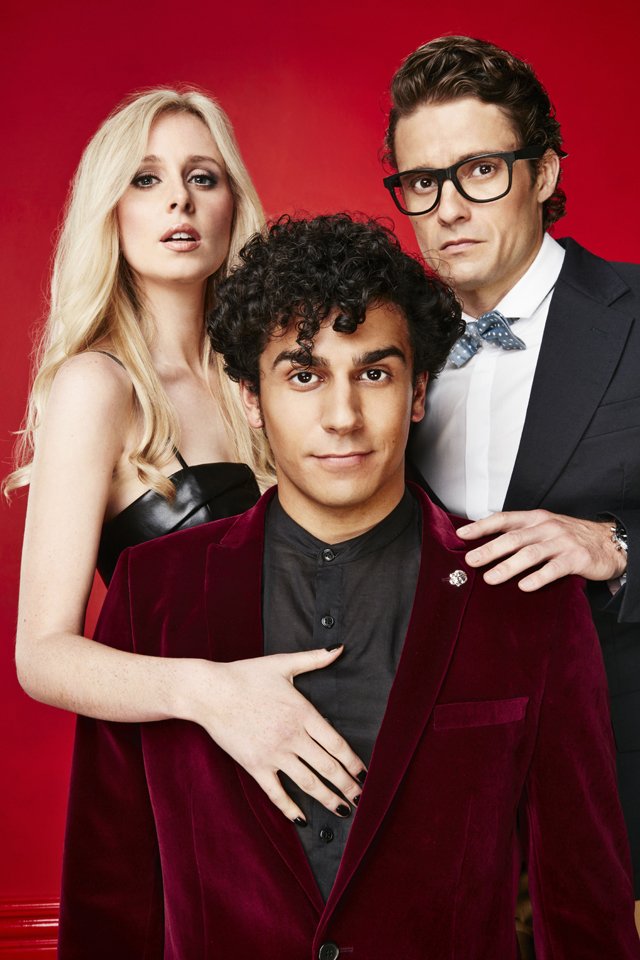 So, you’re on the stage again! First Little Voice and then The Duck House, and now Rocky Horror! How does it feel this time around?

‘I love it! It’ll be pretty exciting as this will be my third stage show now. I love doing theatre! It’s so magical. I did Little Voice which was a play with music, so this will be my first musical, where’s there’s magic and it’s around the holiday season. It’s such a big show and it’s a classic so I’m really excited to get my feet stuck into it!’

What led you towards Rocky Horror then? Because you have a sort of family-friendly, wholesome image going on, and Rocky Horror is pure filth!

‘Yeah, it is quite different. I auditioned for a lot of things, and my agent emailed me the script through and I loved it! I know the film very well, so I just embraced the auditioning process and got really stuck into it with the songs. I rewatched the film a lot. And then by the fourth recall I was sucked into it and I was like “I really want to get this!” When I got the phone call I felt really lucky that I got the part.

Well I’m excited to see it in Manchester!

‘Oh, fantastic! The audience is such a big part of the show as well, so you play a big part. It’s going to be really good!’

So when is it that you start showing?

‘We open 14 December in Brighton – which is very soon because we haven’t even started rehearsing yet – so it’s quite scary! We start rehearsals on Monday, so it’ll be quite intense!’

The pressure is on then! How long has it been in the making, you being in the show?

‘Well I auditioned for it about four months ago and that was it really… Then I met the cast a few weeks ago at a photoshoot, and I’ll see them all again on Monday, and then away we go!’ 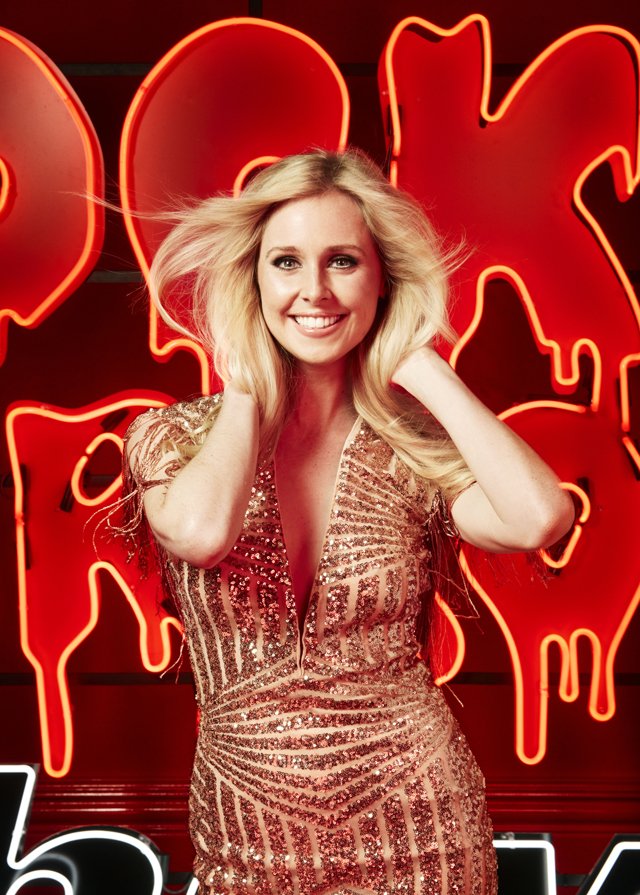 Diving right into it then!

So, in the movie, Susan Sarandon played Janet – which is you – and when Glee did it, Lea Michelle played Janet. How’re you giving that? How are you serving me some Janet?

‘I’m just going to play it… the Diana Vickers way. I’m going to stay true to Janet’s innocent, loveable self and keep the essence of her, but I’m gunna do it my way and not let anyone else distract me, and then release that inner vixen! I saw the show when I was very young and then saw the movie a lot, so Susan Sarandon is in my mind a lot but I’m not going to let that distract me.’

That’s cool! It’ll be really good seeing you be your vision of Janet!

‘Yeah! It’s going to be really fun! They’re really cool guys! And like you said, Ben’s done a lot of theatre and got a lot of experience, and Paul’s been in the music industry for years and years, so I feel like we’ve got a strong team. I’m really excited going into it with people who have so much experience. Obviously we’ve not done anything together yet, so it might be absolutely awful, but I very much doubt that! We’re set up for a very good show!’ 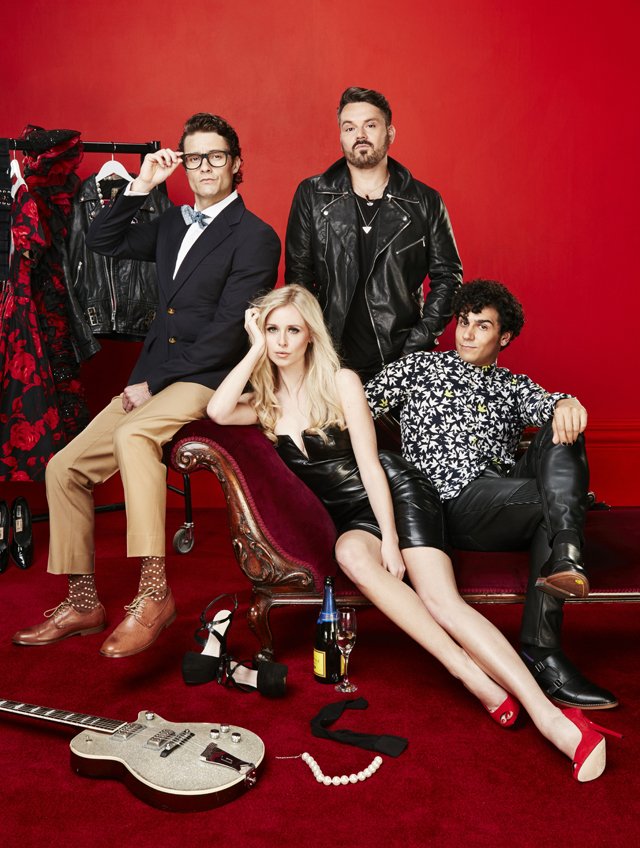 I feel like, with Rocky Horror, it can be a total mess but still be amazing!

‘Yeah, like it’s just so rowdy and big, and it’s a show with no real rules, so we’re really just going to have fun with that.’

Excellent. So I just need to mention that ‘Man in the Mirror’ on The X Factor was amazing, and still is.

‘Aww, thanks you so much! That was a good performance. I really enjoyed it and it was probably one of my faves!’

Do you think The X Factor helped to prepare you better for stage shows?

‘Well I love acting in general, whether it’s stage or TV or film, and I love doing them so much. Like I loved doing my albums and I loved that period of my life. I always wanted to get into my acting, like I wanted to be a movie star and be on the west end…’

And you’ve done all three!

‘Yeah, I’m just so lucky that I’ve been able to do that because a lot of people would struggle going from A to B. I feel really lucky to be able to do all of this.’

That’s so good then that you’re so comfortable transitioning! Well then my last question which I though of whilst I was waiting for this call: if they made a movie of your life, who would you like to play you?

‘Oh, goodness… This is really hard. I guess the older me, I’d want Meryl Streep to play it.’

*gasps* No way! As I was writing this I thought Meryl Streep instantly too! So weird that you said that!

‘Obviously, at some point, Meryl would need to jump in definitely! And then my younger self…’

I think Meryl Streep could play it all convincingly…

‘Yeah, Meryl Streep can do it! She can do it all. She’s a chameleon!’

We shared a final laugh before I let Diana go about dressing up for the show.

I’m definitely dishing up some Magenta realness when the time comes and I cannot wait! Finally a time in my life when I can unapologetically dress up as a maid and I won’t get funny looks from men in the street who’re secretly jealous of my rocking calves in heels.

I’ll be chatting with Ben Freeman and Paul from S Club in the coming weeks, so keep your eye on Vada for more info about Rocky Horror and I hope to see you there in your fishnets or gold hot pants! 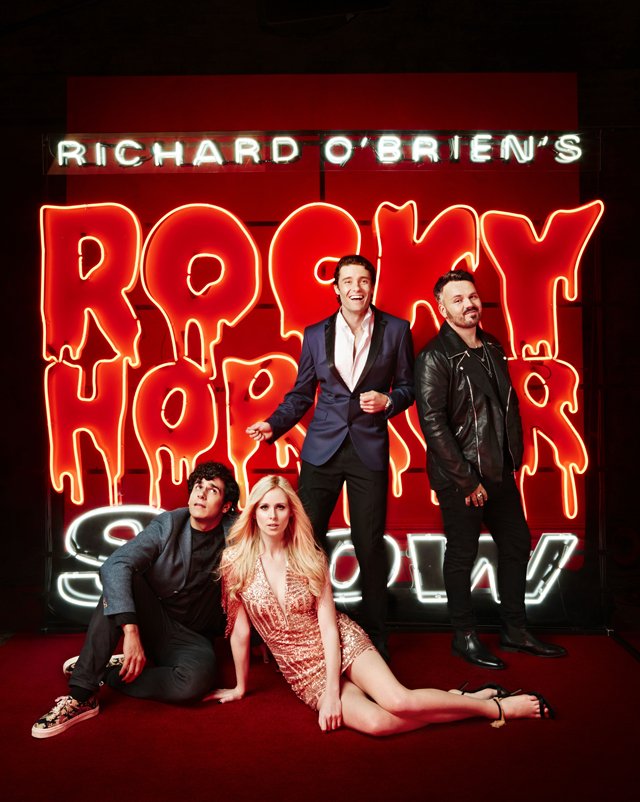