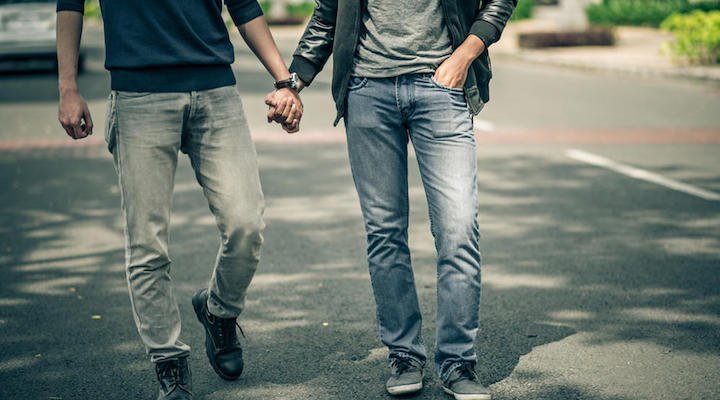 Laying there with blue feet, I stared around my Murano hotel room contemplating the dichotomy of the freedom of a single life lacking the unrelenting warmth of a loving partner. Having just turned thirty, I ended a 2.5 year-long relationship with my now ex-boyfriend. Venice turned out to be a weekend break with a friend, as an art-filled distraction. And the blue feet, well the lesson there is to not wear blue suede shoes in the Venetian rain.

In my twenties I assumed a romanticised future of the the picket fenced bliss of the suburban (American) awaited me. Now in my thirties I still do to a certain extent, only now I cannot see whether the future is me alone (not the same as lonely), with a partner, with a pet, or both. Having been single for 9 months I decided to bite the bullet and get back into the dating scene. As is the norm, these were facilitated by all manner to technology platforms from Twitter to Grind, Chappy and Tinder. I quickly learnt that people are seeking relationships all across the internet not just in one corner of it.

And now, like Taylor, I go on many dates but I can’t make them stay. These are my first date failures. A real-life documentary – intentionally with no names. Although if you’re reading this and recognise the scenario alas it seems a relationship with me was not your choice.

This started out simply. We recognised each other at the gym as locals who both use Grindr. Having chatted for a while and seen each other in a gym a couple of times, we eventually agreed to meet for a drink, 3 gin & slimline tonics specifically. He seemed quite nervous, but with the benefit of the doubt, and the three dutch courages, we ended up back at his place. My relationship with gym guy lasted to date two, which is the exception to the rule. Nearly four weeks later, after a working trip abroad, I agreed to a Sunday pub dinner. This ended up being pushed back, and he was late. I didn’t feel the spark between us during dinner, but ended up back at his, again. I confirmed he knows how to massage in all the right places. I’ve not had a massage from him since, but we still acknowledge each other in the gym.

This is the date that never actually happened. We’d planned to meet for drinks the afternoon the day after the royal wedding. Having been in Windsor for the big day, I’d unfortunately gotten sunburnt waiting for the post-nuptial procession. Red faced, a good first impression does not make. I asked to postpone, but a future date was never agreed by him. It turns out I may have dodged a bullet, as a potential date living with a guy you went to uni with whom there is a somewhat embarrassing story.

A walk in the park

A chat with a previous Grind hook-up led to an impromptu walk on Wimbledon Common late one Sunday afternoon, a pre-date if you will, which I actually thought went rather well. Yes it did end with a kiss and…[boys don’t tell]. As messages passed between us over the following days, I plucked up the courage to arrange a date – a dinner one Friday evening after work at a health-conscious cafe, as this man is of the gluten-free, vegan persuasion. It appeared I chose well, as we both enjoyed the food and atmosphere. We even spent a short amount of time in a nearby park relaxing in the last rays of the sun, before he felt tired and wanted to go home. At the station we hugged and said goodbye, and despite my persistent, cheeky efforts, he never seemed interested in meeting again. It seems a walk in the park had tired out any spark there may have been.

This guy wasn’t hugely photogenic (I don’t feel bad writing that given the following story), and I thought that he would probably look more attractive in person. He was easy chat with (on Chappy), so I agreed to meet at a convenient pub one weekend. I arrived first so got myself a G&T and found a table with a clear view of the door and bar. I spotted him come in and I stood up to say “hi”. He said he needed the bathroom straight away, so I sat down, and checked my phone (to inform my best friend my date had indeed arrived). Returning to the table I asked “would you like a drink?” to which I got the response “No, I think I’ll leave” and he walked out the door. A good job I had been drinking my G&T slowly, as sipping my remaining liquor gave me a purpose to remain in the pub whilst I pondered what absurdly rude, yet somehow comical situation that I had just partaken in. Next.

The title should say it all: ghosting – this is where you’re chatting to a guy and suddenly the conversation goes silent their end. Under what circumstances could this happen? They are mysteriously kidnapped – unlikely. They’re chatting to multiple guys at once (as you probably are), and find a better match/catch – more likely. I had forgotten this phenomenon until I re-entered the dating scene, even going so far as to call guys on out in just for them to send one more message and then go silent again, even after meeting in person.

The most likely outcome I have found after a first date is the “let’s be friends” line (usually a message the next day). It’s the easiest way to turn someone down as there’s no to follow up with specifics needed and the conversation can fizzle out with British politeness, not causing any direct harm.

I am of the opinion that the gay dating apps should be branded as a gay ‘friending’ apps, as I suspect these would help a lot of connections with gay guys who may not want to be on the scene but want to connect and meet with other gay guys with similar interests. But this is a topic for another article.

So with so many failures, does that fill me with anxiety about a future alone, potentially lonely? In short, no. Despite these experiences, I preserve acknowledging I have known love and live in hope that I will find it again. This is not a mindset to be mocked or pitied, but to be supported and promoted.

I continue to date, and having made it past the first date a couple of times now in my thirties, albeit not reaching an actual relationship. I allude to finding and starting to nurture the spark that happens when you meet someone special, which can be at any age in life in any circumstances.

My advise to single gay guys: be open to new connections. You never know where or how you could meet a new best friend, lover or partner. And live in hope, always.