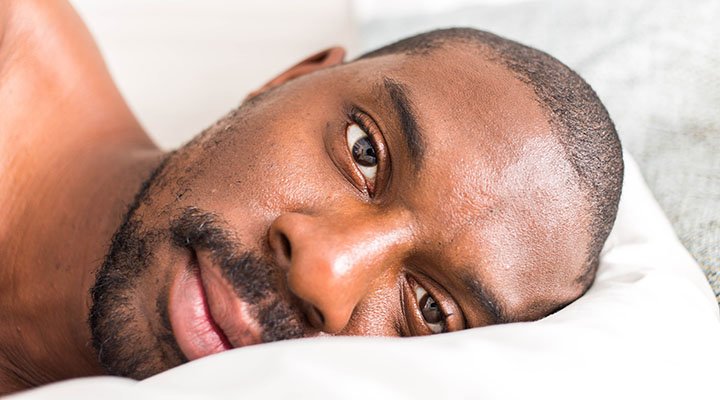 With World AIDS Day just around the corner, we thought we’d return to a key area of interest for the LGBT community: PrEP.

PrEP stands for pre-exposure prophylaxis. It involves taking one pill a day to reduce risk of HIV, and is about as effective as condoms at doing so. It does not protect against other STIs and the drug itself (called Truvada) has some side effects.

According to AIDS Map, PrEP/Truvada can cause short-term tummy upset, nausea and tiredness in about one in 10 patients, usually lasting a week or so. It can also impact kidney function and bone density in about 2% (though these side-effects appear to be mild and reversible).

Truvada has been used long-term by HIV-positive people around the world, and so it is generally considered safe.

PrEP is not the same as PEP (post-exposure prophylaxis), which uses a combination of Truvada and another drug (usually Kaletra) to prevent infection after an obvious exposure. PrEP needs to be taken regularly and requires at least a week of regular use to become effective.

PEP is taken after unprotected sex or another exposure occurs – crucially, within a limited window of 72 hours. The longer you wait to start PEP, the less likely it will be. PEP is usually only offered at A&E and some select sexual health clinics.

PrEP reduces risk of transmission for at-risk people. This includes those in relationships with HIV-positive partners, as well as sex workers and certain gay and bisexual men who count as ‘high risk’.

Yusef Azad, Director of Policy and Campaigns at National AIDS Trust, previously told us, “PrEP is as effective as condoms in preventing HIV. It is foolish and unethical to ignore other effective prevention options and insist only on condom promotion as the HIV prevention response.”

Tom Hayes, UKPositiveLad and Editor-in-Chief of beyondpositive, also told us, “HIV has always been an emotive issue and one that has the ability to divide people, this is never truer than when looking for romantic or sexual partners. So anything that can help reduce risk of transmission between partners can only make things easier in that area. PrEP trials have shown a four-fold reduction in infection in sero-discordant (where one partner is positive and one is negative) relationships. Great news.”

The risks of Truvada include kidney problems, an excess of lactic acid in the blood and a higher risk of bone fractures. Worsening of hepatitis B may also occur.

Yusef Azad said, “PrEP does not involve the use of all the drugs used in PEP and in medication for people living with HIV and this makes a big difference in terms of risk of side-effects. One expert told me, ‘As well as demonstrating efficacy, these trials have confirmed the excellent safety profile of Truvada [the medication being used in the PROUD study as PrEP] in HIV-negative individuals, consistent with data in HIV positive individuals. In the large numbers exposed to the drug, the only safety concerns to date have been mild gastro-intestinal discomfort at an early stage of follow-up, and mild elevations of creatinine. Only 7 out of 4,500 participants had to stop Truvada because of toxicity‘.”

PrEP may not be an option if you have a long-term condition or disability, so you should always check that the drug is right for you. Experts also advise that you get regular liver function tests every 3-6 months to make sure there are no unwanted side-effects.

PrEP does not protect against other STIs, such as chlamydia, gonorrhoea and hepatitis. Condoms should still be used to avoid catching these infections.

Bacterial infections like chlamydia and gonorrhoea are becoming more resistant to antibiotics. Several super-strains of these infections have been reported in the UK and overseas. Condoms are the safest way to protect against them.

Importantly, you should not start PrEP if you have hepatitis B without first speaking to your doctor. PrEP can worsen hepatitis B and increases the risk of liver injury.

“The arguments against PrEP have a very dangerous way of reinforcing a moral argument against ‘irresponsible’ sexual behaviour, ignoring the fact that a high proportion of gay men do not adopt 100% condom use, nor are condoms 100% effective,” Yusuf said.

“For some gay men, for perhaps a certain period of their lives, PrEP may help protect them from HIV transmission. Condoms should also be used since there remains the real risk of other STIs, some of them very serious, which PrEP cannot protect against.

“PrEP is about adding to our prevention options, not replacing any. What it may allow us to do – for gay men at high risk and with multiple partners – is to break the HIV transmission chain, where extensive sexual networks are currently spreading HIV very quickly and efficiently.”

There is also the small possibility that HIV-positive people who use the drug without knowing their status might develop resistance to Truvada. This might mean your drug options later on are limited.

As such, it is imperative that you get a negative HIV test result before you start PrEP.

Yusef said, “Pre-Exposure Prophylaxis involves using only some of the drugs (the combination Truvada) which are used in the treatment of someone who actually has HIV. It is therefore very important that anyone using PrEP is HIV negative – should they have HIV but not know it, and then start on PrEP, there is a serious risk that they develop resistance to Truvada. That is one less drug they can then take to manage their HIV.

“Anyone starting on PrEP would need to have an HIV test to confirm they are HIV negative and there would need to be particular care that they had not had unsafe sex in the four weeks prior to the test (HIV tests do not pick up very recent infection). As important in PrEP is taking the medication daily, as prescribed. Irregular or intermittent dosing significantly reduces the efficacy of PrEP and can mean that you do acquire HIV if you put yourself at risk. Again, taking Truvada for PrEP when you have in fact become HIV positive risks developing drug resistance.”

Only 13,000 people in England are allowed to try PrEP on the NHS as part of the PROUD trial. LGBT and HIV charities have contested this, as people in Scotland, Wales and Northern Ireland are not similarly limited in their options. Other countries offer PrEP via public health schemes or private healthcare plans.

Websites such as I Want PrEP Now provide information about starting PrEP, discussing it with your doctor, and purchasing it from reliable sources. It is legal to obtain the drug for personal use, such as through a private prescription or international pharmacy, but you must always discuss this with your doctor in case of any dangerous side-effects or interactions.

The NHS is under growing pressure to offer PrEP more widely.