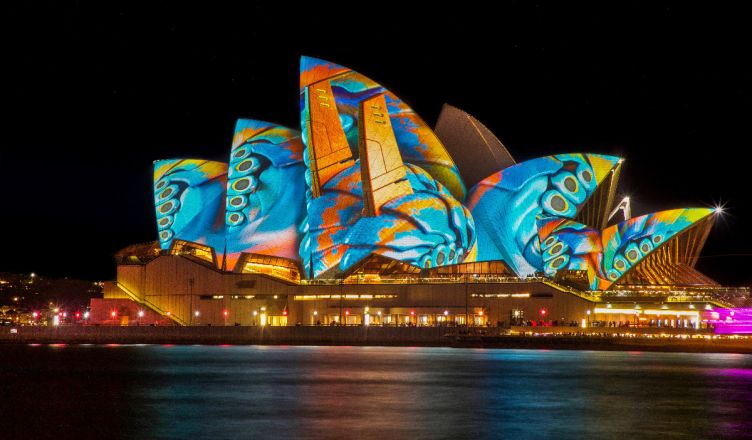 Follow me
Latest posts by Peter Minkoff (see all)

Maybe the official assessments say that Melbourne outranks Sydney by a few spots, but this iconic metropolis will always be the number one most liveable city in my book.

Just for the record, I’m forced to limit what would otherwise be an entire essay filled with reasons that would inspire you to move Down Under in a heartbeat. It’s impossible to state them all in a few numbered bullets, or summarise the true beauty of spending your days in Sydney as a part of the community.

So, I’ll just stick to the five most obvious reasons I call Sydney my home, and let you make up your own mind – although I have a strong feeling you’ll be packed and ready to go before I reach number two, let alone number five.

Events that make it the world’s capital

Sydney might not be the capital of Australia, but it has deserved the reputation of the world’s capital for its incredible cultural scene.

Its festivals are diverse and innovative, and there’s something for everyone’s taste. One of the greatest perks? The majority of these events and their shows are free of charge, making it even more alluring for students.

Every single Mardi Gras is a memorable experience, so put on your perpetual party mode, and get ready to have the best time of your life!

Then there’s Vivid Sydney, known for spectacular concerts, and let’s not forget the Crave International Food Festival where even the strongest wills yield to temptation.

Whether you ascribe it to the weather (which means around 340 sunny days per year) or the stunning coastline, Sydney boasts one of the friendliest attitudes the world has ever seen. Add to that the multiculturalism that reigns supreme, and you get a perfect melting pot of happiness all around.

It sounds utopian, and it sure is the closest thing to a slice of heaven – at least for me.

The fact that I’ve lived here my entire life, traversed the globe’s most prominent cities and still returned to call Sydney home, says so much about the city’s openness and spirit. There’s never a dull moment, but there’s also no pressure or tension from the urban life.

Sydney enjoys a balance between eventfulness and serenity, due to being so amazingly modern while still cherishing its natural wealth.

Freedom is its nickname

If you’re anything like me, you enjoy your fair share of nights out, and Sydney delivers like no other corner of the world. However, Sydney’s general love for life’s little pleasures also makes its business scene a very party-friendly one, especially for those who build a close-knit bond at the office.

You’ll find that convenient office alcohol delivery in Sydney is a big thing when it comes to office parties and that employers do their absolute best to keep their guests entertained and happy.

In fact, many professional events I’ve attended have served better wine, cocktails and canapés than some of the city’s favourite clubs. However, I wouldn’t discourage you from trying them both – rest assured, they won’t disappoint.

On an entirely different, but equally vital note, Sydney is not your typical urban jungle. It loves and cares for its natural riches, hence the many gardens, parks, and beaches are maintained to perfection.

It’s no coincidence that Bondi is one of the world’s most coveted beaches, but there are more secluded options for the less extroverted among you.

However, don’t miss out on a field trip into the Blue Mountains, or one of its several notable national parks. Yes, you’ll get to hang out with koalas and kangaroos, but also take your time to explore the many hiking trails.

Foodies, brace yourselves. Sydney may have plenty up its sleeve to keep you distracted for a while, but you’ll inevitable fall madly in love with its restaurant and bar scene. No, it’s not all avo on toast, and yes, brunch is a big deal, but imagination plays a huge role in the ritual of eating.

However, while you’ll indeed be impressed by the menus of international and locally-inspired cuisine, no experience can match the one of the local farmers’ markets.

My personal favourite? Saturday mornings in the Shire farmers’ market. Grab a fresh cup of coffee and get immersed in the fragrance of local produce amidst the serenity of the surrounding park.

Few such populated cities can feel like home, and yet, Sydney flawlessly preserves its urban reputation without sacrificing an ounce of its warmth and hospitality. No matter where you come from, you’ll instantly feel and be greeted like a local – which in essence, you truly are in Sydney.

RELATED ARTICLE  GetYourGuide - take a trip down under

Peter is a gay lifestyle writer at Queer Voices and The Queerness magazine. Follow Peter on Twitter for more tips.

View all posts by Peter Minkoff →