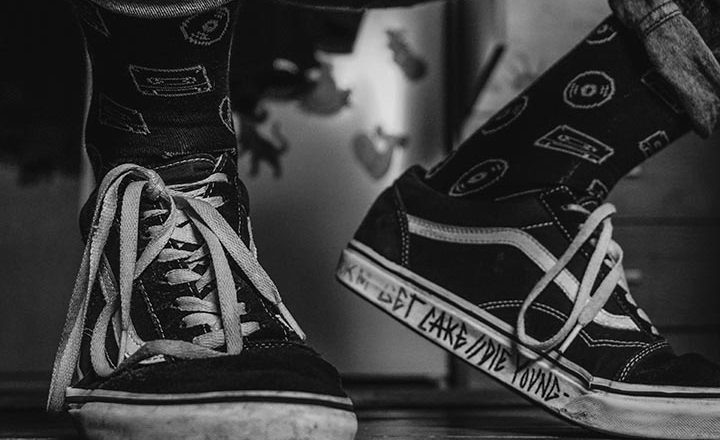 Dan Cardle
I've been married for the last 4 years of my life and I’m sure you all familiar with my wife. “Who is she?” Her name is Fashion. I come from a tiny island full of beaches in the middle of Europe.

I’m a very bubbly, funny, outgoing person with an ambition to succeed. I hope that you’ll love reading my articles as much I want you to.

Let me start by introducing myself to you readers. My name is Daniel and I’m 19 years old. I’ve been married for the last 4 years of my life. I’m sure you are all familiar with my wife. Who is she? Her name is Fashion.

Gay right? She’s the most loyal partner I’ve ever had. She comes with me everywhere and brings out the best in me.

I come from the tiny island of Malta. A country full of culture and impeccable views. Nature views that is; more than half of the island makes my view quite bad when I’m out and about. A typical lady would be wearing something like this: a pair of crocs, socks, skirt and some jumper with a golden necklace. Really? And it feels much worse when it’s like 8am and I’m confronted with that on a bus.

“Um, why does he have a bag? I’m not sure If I like it or not…” “Is he wearing shorts and a blazer? So stupid”

This is some of the gossiping I hear about me whenever I’m out and I’m sure you get it as well. Being stylish and into fashion comes at a price. Both literally and in everyday life, especially when you live on a tiny island where mentalities and lifestyles are extremely different from big cities like London or Paris. But really, haters gonna hate.

In this magazine, you’re going to find articles written by me which you can relate to. I’ll be writing some of my experiences and fashion styles and advising. Just remember:

“Fashion is about two things: The Evolution and The Opposite” – Karl Lagerfeld

So, on with the show…

Who writes an article about socks? Apparently just a few, me included.

I decided to discuss this topic to clear some people’s minds. There’s no such rule saying that you can’t wear socks in the spring/summer time. We make the rules.

Personally I love wearing them. I think they’re a statement. They can add a unique touch to your image and style (ONLY IF you don’t wear them with sandals or flip flops.) Different colours and patterns add some chicness and personality to one’s outfit.

Don’t go with training socks just because it’s warm outside. You’re either going to wear socks or not. When deciding to wear socks just make sure you know which socks you want to show and wear. Whether you just want to add a shade of colour or a small print to your outfit.

Let’s say that you’re wearing brown desert boots. A pair of maroon or dark green socks would give a completely different look. Another example can be that the higher you turn up your trouser’s leg (navy), the brighter your socks should be (yellow/pink). Don’t be afraid to work with some colour clashing. It will simply draw attention to you.

Wearing socks in Spring or Summer is just a matter of being creative and experimenting with your own style, instead of playing it safe and going out sock-less, at least here in Malta.

Aren’t they to keep our hands warm? Yes, but you can also wear them to be stylish.

Leave the woolen gloves behind, those are obviously for winter. Leather fingerless gloves can add a certain something when worn in Summer.

Personally, I have always been a fan of leather. It gives that iconic, classic yet modern and cool look. They can really stand out. As with everything else you wear, you don’t need to over do it. Wearing leather almost from head to toe is like you’re passing a message that you’re trying to commit bovine suicide.

For example, let’s just say that you’re going out for a drink. A white vest, black drain pipes and black military boots. Red finger-less leather gloves would look so sophisticated.

After last year’s briefcase success in men’s fashion, professionals had to think about what would come next.

Big designers such as Burberry, Neiman Marcus, Louis Vuitton and Manbang decided to try something new. Something which gives a fresh touch to a man’s outfit and lifestyle. Something which probably no one ever thought of seeing a man wear. Clutch Bags!

The definition of a Clutch Bag: Handle-less bag mostly popular with women. It’s carried under one’s arm or in one’s hand.

When I saw them the first time on a runaway I quite liked the idea, but I wasn’t sure of it. Let’s face it, straight men are too aware of what the general public would think about them. They do want to look good, just not gay. That’s fine, but the truth is that for the modern man, it’s not just about going out with their keys. They need a small practical daily baggage in which they can carry their stuff such as Keys, Tablet, Mobile, Biro, iPod, Cologne, Lighters, Cigarettes… and yeah, condoms too.

Most male clutch bags are made up of real leather or suede and we can find them either with zip fastenings or envelope poppers.

One can always find a use for some paper while out, to write down some notes or maybe to give out your number to a cute guy?

This Hankie Pocketbook is perfect. It’s cool, functional and it looks good. It resembles the point of a classic pocket square. Instead of doing it the old traditional way, why don’t you invest in one of these accessories?

This accessory is a god send, fitting perfectly into the breast pocket of a suit jacket. We can find them in different colours and patterns to fit all tastes.

Turn a normal outfit into something exceptional and interesting. Accessorise.

I've been married for the last 4 years of my life and I’m sure you all familiar with my wife. “Who is she?” Her name is Fashion. I come from a tiny island full of beaches in the middle of Europe. I’m a very bubbly, funny, outgoing person with an ambition to succeed. I hope that you’ll love reading my articles as much I want you to.

View all posts by Dan Cardle →