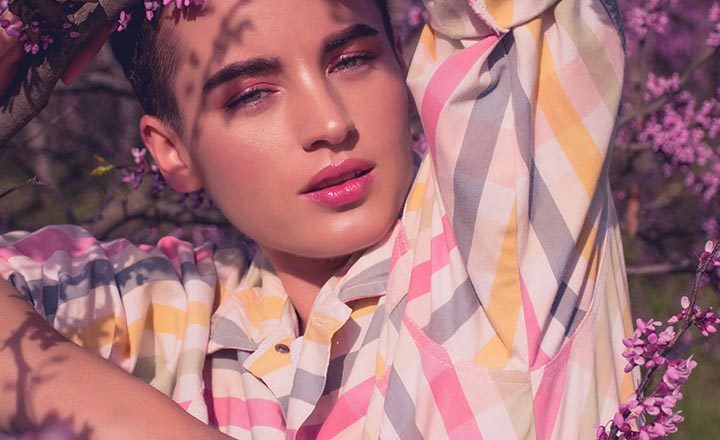 Androgyny is the combination of both male and female characteristics, especially in relation to fashion and gender identity. In a society so quick to assume labels, on what we don’t deem as ‘the norm’ it is a look that has long since captivated and sparked discussion. It best describes a person who is neither able to be pigeon holed, into a male of female role, rather one who has the ability to command both identities.

Beauty often than not lends itself to preened and pampered models, with flowing locks and a figure to die for, however androgyny sets to challenge this so called, ideal of physical perfection and challenges what we see as desirable, from not only men but women. Designers such as Jeremy Scott and Sarah Burton (of McQueen standing) will seek to provide a platform for alternative models and by enlarge gains more exposure. This is due to the augmented view of what beauty is and the intrigue of watching a female model, strut effortlessly in typically masculine looking clothing. Similarly it’s the same when the gender specifics are flipped and its men sporting ‘glam rock’ style clothing, as can be seen by recent Saint Laurent collections

One of the earliest icons of this trend, was presenter and supermodel Twiggy. Famous for her rake like figure and doll like features, she championed self-expression with her clothing and overall styling. Her slick bob haircut contrasted against her girly clothing, to create one of the very first androgynous looks I am aware of. Fast forward to the 70’s and glam rock was a period very well documented for its opulence and alternative forms of dressing. Ziggy Stardust and Wizard clad in sequins, spandex and platform boots, were at the time grossly popular and reinvented men’s styling for generations

Bringing it up to the current date models such as Agyness Deyn are instrumental in empowering a generation of impressionable youths, who are keen to explore their dual sexuality through the medium of fashion. Gracing the covers of endless fashion journals, has only sought to see how marketable the androgynous look has become. Even clothing/styling has adopted elements, with pieces such as the ‘boyfriend’ fit jeans and boxier tuxedos created for women. High street stores such as Zara are famed for their well-tailored pieces and a fresh approach to femininity and allure. They have a great range of conventional fitting pieces that flatter and form the figure, but in total parallel offer more masculine silhouettes in the guise of suits and trousers.

As a culture we can also see androgyny identified in relationships, by questioning the lack of rigid gender roles and people whom display characteristics not traditionally associated with the other sex. This can also be seen in same sex couples, with sometimes one often adapting their style to be more suited towards a ‘traditional’ view of a specific gender role. As an example in a lesbian relationship it can sometimes have a divide with one lady opting to dress in a more masculine way and the same with gay men. This is I believe a great step in the campaign to end social witch hunting, of those different to what fits into their ‘normal’ check list. Of course if we could live in a world without labels that would be the ultimate ask, however for now I guess there are worse things to get pigeon holed into.