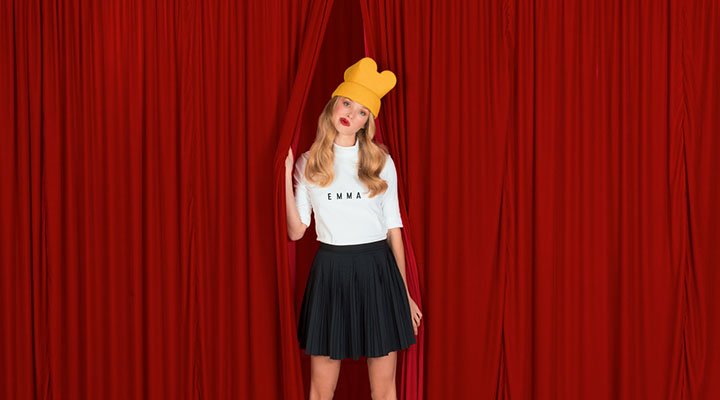 Floridian Burris combines new and old techniques in her work, crafting elegant headwear in her new home of New York.

The Mickey collection includes the mouse-eared Icon Cap (in red, yellow and black), a black and red fedora inspired by Mickey’s 1928 birth, and an elegant veiled headband with sequins and Swarovski crystals that captures the black and white colours of his earliest cartoons.

‘I wanted to create a forward-thinking take on the ears that looks as welcome at Walt Disney World as it would on the streets of New York,’ Burris says about the Icon Cap, which comes in a limited run of 30 hand-numbered pieces in each colour.

The sequinned headband incorporates a unique pattern of Swarovski gunmetal pearls and red crystals onto hand-tacked French veiling. Another decadent accessory is plated in 14 karat gold. 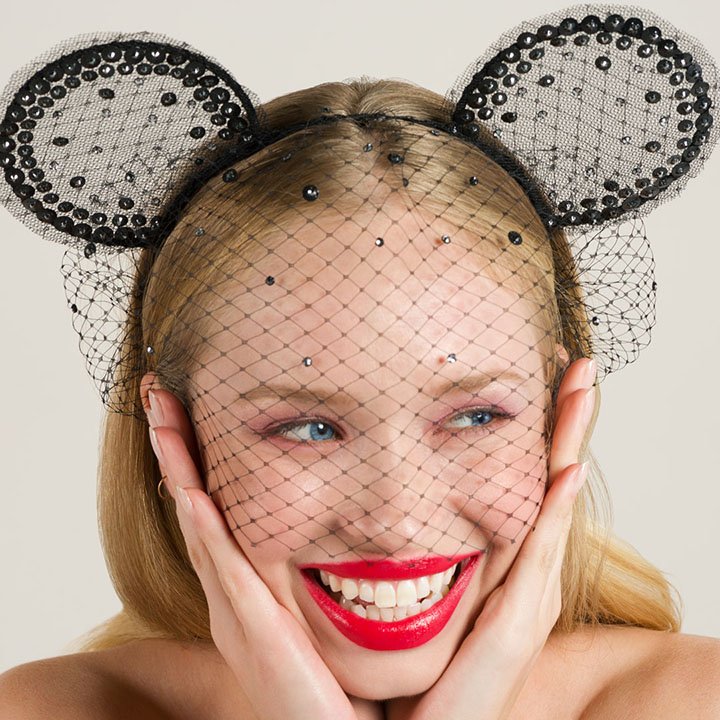 ‘As a hat maker, I was drawn to what shapes Mickey’s face – the dramatic widow’s peak that punctuates his every expression.”

Burris has also been inspired by the captain’s hat Mickey wears in his debut film, Disney’s Steamboat Willie, as well as the square conductor’s hat in The Band Concert.

These items are referenced in an exquisite lambskin leather Greek Fisherman’s hat, with signature white buttons and a subtle widow’s peak stitched in white thread on the top.

Earlier this year Disney announced the launch of ‘Mickey the True Original’ – a global campaign in celebration of Mickey’s heritage.