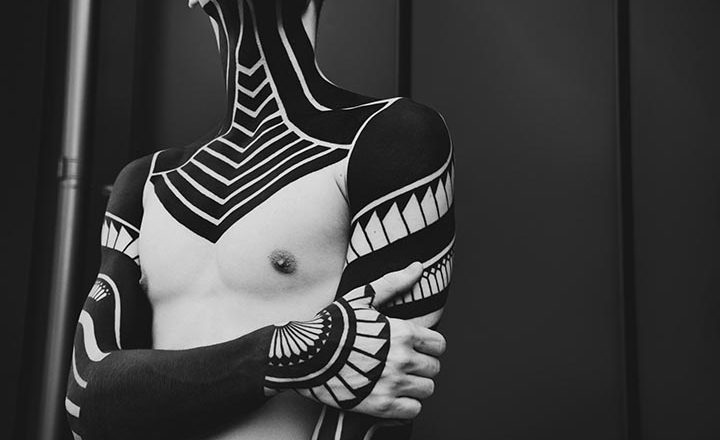 A tattoo by definition is the modification of one’s body; others see it as art and an extension of their persona. Unavoidably with something so personal, subjective and slightly edgy, there are those who cannot appreciate these pieces of art and so subject the wearers to mockery, cynicism and exclusion.

Popular among tribal groups in Africa, Borneo and Japan (to name a few) it has long been a tradition to modify the body for religious or cultural beliefs. The Koita woman of Papua New Guinea would typically have a V shaped tattoo on their chest, to show that she had reached the marriageable age. Society tells us to respect people’s beliefs and traditions, and it has since become a tradition among some to adorn their bodies with art. Why is it them that this cannot be respected by a small minority of people? I believe the answer is most likely a distrust of the unknown.

The body is a canvas on which you are free to do as you will. Getting a tattoo doesn’t directly offend or interest what I call ‘normal’ people. It seems somewhat baffling that there are those willing to make it their business to take offence. Let’s just take a minute to think logically. Would these people refuse lifesaving surgery from a surgeon with tattoos? The answer should be a resounding no. They’re not dirty or unsanitary and those with them should be treated the same as anybody else. Celebrity culture has helped to ease the over bearing discrimination by making the general public see that body modification is the ‘norm’. David Beckham is a perfect example of this, countless adoring fans will see this man as an idol and strive to emulate his body art.

I often remember in my childhood being told to avoid people with tattoos, they were feared and thus ostracised from society. Most people with tattoos have a story behind their designs and feel a great urge to have this memory permanently placed, to give closure to a situation or to embrace one. I’m pretty sure someone with them would rather be asked about their tattoos than stared at like a circus act. A growing trend that shows no signs of being repressed, it’s quiet refreshing to think that my generation of people, when in the later stages of their lives, will be covered in body art. So much so that gone will be the days of twin set and pearls, instead replaced by sleeves and chest pieces.

These days amongst the fashion aware it’s quiet often a rite of passage to have a tattoo. Clothing brands such as Allsaints and Topman are prolific for using tattooed models for their campaigns. It gives the clothes an edge, the idea of effortless style about them, and the overall sense of freedom and expression. The most favoured spokespeople for such campaigns right now have to be Ash Stymest and Ricki Hall. They are in my eyes two of the hottest guys out there, and enough to further cement my love for tattooed guys.

High profile designers such as Marc Jacobs are campaigners for creativity and self-expression, so much so that the designer has a few pieces of body art himself. When asked if he will regret any of his tattoos in 30 years’ time, he is quoted as saying ‘who knows what I will think about 30 years from now, but even more than that, who cares?’. Maybe as a designer myself I am slightly biased you may say, that anything out of the ordinary and not ‘normal’ will excite me. Well you would be correct, but I also believe there are some instances where tattoos can go terribly wrong. Namely Cheryl Cole’s infamous ‘rose’ design. A monstrosity so big it has engulfed the best part of her back. Even though it isn’t to my taste I respect that it’s her body and her decision.

With 1 in 5 of British adults inked, including the PM’s wife, it’s a growing trend. Those in the public eye are forever more endorsing this trend and in effect as mentioned, making it the norm and more socially acceptable. Some will remain in those narrow minds of theirs, believing that having a tattoo equates to being a thug or unkempt, but we all have our opinions and are quite within our rights to have them. It’s just a shame their opinions are wrong.