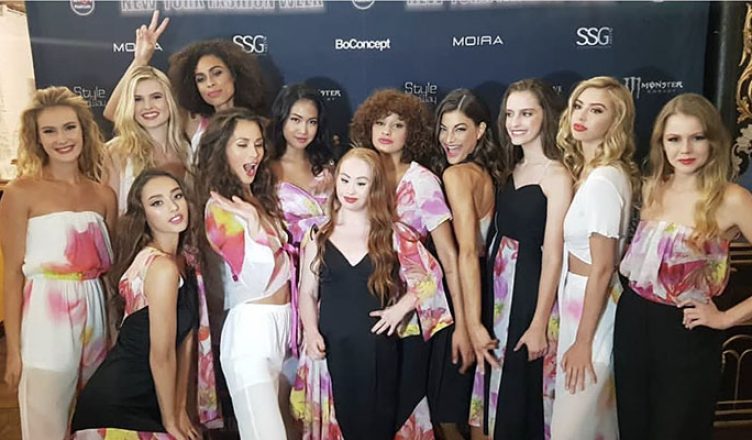 International supermodel Madeline Stuart has continued to make waves at New York, London and Paris Fashion Weeks. Named ‘the world’s most famous model with Down syndrome’ by the press, Madeline is a leader and an all-round celebrity icon. When she’s not modelling, she’s a dancer, actor, advocate and designer with her own label.

Though Madeline began working only three years ago, she has returned to the fashion circuit each year stronger than ever, modelling her own and others’ clothes. Stuart is one of very few disabled models on the catwalk, but that hasn’t stopped her. At just 21, she’s taking the world by storm.

Hailing from Brisbane, Australia, Madeline first decided to become a model when she saw a fashion parade in 2015. She turned to her mum, saying, ‘Mum, me model,’ and that was that. She went on to lose more than 20kg and, with her mum Rosanne’s support, she created a huge internet following. Her ‘before and after’ photos grew her social media followers to over 100,000 and her photo had been viewed 6.8 million times within the space of a few days.

Madeline moved onto the headlines next: hitting publications in Iceland, Germany, America, Australia, Mexico, Cuba and the UK. She has been featured in publications such as Vogue, Cosmopolitan, Woman’s Day, Women’s Weekly, New York Times, Elle, Marie Claire, People, paper and Cleo, to name a few. In 2018 she has already booked work in Sweden, Russia, Dubai, Uganda, Lebanon, Beijing, Australia, India, London, and America.

What do you think of this photo of the Eiffel tower? It was less then 2 degrees, I had to get up at 4.30 to prepare and…

She has also been nominated for the Pride of Australia and Young Australian of the Year Award for 2015 & 2016, and named Model of the year for 2016 by World Fashion Media. She has also been awarded the prestigious 2015 Model of the Year Award at international fashion show Melange in San Francisco, whose partners include Jean Paul Gaultier, Sephora, and Nicole Miller. Last year she received the Quincy Jones Exceptional Advocacy award for her work in the disability industry.

This year, Madeline walked in no fewer than eight shows during New York Fashion Week, and launched the third collection of her own label, 21 Reasons Why. She’s just finished walking four more shows at London Fashion Week.

‘As a designer I am still humbled the gorgeous supermodel Madeline Stuart has chosen to open for Femata Couture a brand of high purpose in New York Fashion Week. My purpose in this industry, is that every human being should be given freedom of choice to become a model, and not be limited in their journeys,’ says designer Louise Tauali’i, and we agree!

What a amazing man was my photographer in Santorini, not only is he so talented but a beautiful soul as well, I feel so…