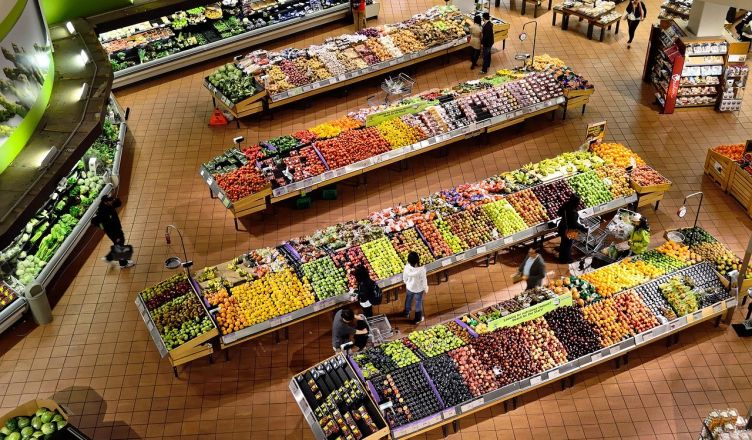 According to a study of 2000 adults, commissioned by HelloFresh UK, the average UK household has a whopping £171 of uneaten food sitting in the kitchen.

This figure includes £88 of tins, condiments, herbs and spices and £83 of freezer goods. Over the Christmas period, the figure almost doubles.

The main reason for most food waste, unsurprisingly, is a lack of proper planning, with one in five adults listing this as a reason for excess food. Another major factor is impulse purchasing while hungry – a factor which can be reduced by shopping on a full belly.

Many home cooks also overestimate portion sizes or are forced to buy ingredients that come in quantities in excess to what they need. This may be exacerbated by bulk purchasing offers.

Many households hoard ingredients, leading to guilt for 44 per cent of households about their food waste. On average, nearly £8 of food per week thrown in the bin.

A quarter of households also fail to maintain proper hygiene in the home, only cleaning their fridge or freezer every six to twelve months. When we do have a clear out, almost £12 of food has to be thrown out.

Food in the freezer is also often left too long, with the average Brit finding food that has been stored for nearly two years.

The most frequently discarded food items are those with the shortest shelf-life: fruit, vegetables and bread. More than half of us bin one or more of these items each week.

Longer-life products such as pasta, rice, tinned foods, flour, herbs and spices are often stored for more than a month in cupboards.

22 per cent of Brits don’t enjoy food shopping at all. Consumers prefer to hold off replacing missing ingredients until their next routine shop, instead skipping these ingredients in their cooking.

More than a third (37 per cent) feel like food shopping is a waste of time which could be better spent doing other things. Almost a third avoid supermarkets altogether and order takeaways instead, or make themselves quick fixes like toast.

When we do hit the supermarkets, however, we’re likely to buy for five meals at a time, with room for either a dinner in a restaurant or a takeaway for the weekend.

Almost half of all those surveyed use a shopping list and reusable bags, and many check their freezer before shopping. However, only 17 per cent set themselves a budget.

About one in five plan their meals with health in mind, while another fifth prefer to focus on price.

HelloFresh UK CEO Laurent Guillemain said, ‘We’re seeing many people overspend on ingredients that they never use and ultimately have to throw away which is bad for their wallets and the environment.

‘Our research shows that double the amount of food is thrown out over the festive period.

‘As many look to waste and spend less in the new year, HelloFresh is an ideal choice for dinner – delivering all the pre-portioned ingredients needed to cook chef inspired recipes from scratch at home.”

But there is good news: we’re a nation of foodies, with over six in 10 of us enjoying the act of cooking. Talking about what we’re going to cook is also a favoured topic of conversation for about a third of us.

Laurent Guillemain added, ‘We want our customers to enjoy a wide range of ingredients and not have to worry about unwanted excess food being thrown in the bin unnecessarily.

‘From family-friendly meals, rapid recipes for those on the go, premium dishes for more decadent dinners, low calorie options and a wide variety of British classics and world cuisine, HelloFresh is a great choice for dinner without the hassle of planning, shopping and food waste.’