This is one of a series of reviews that aim to find the best burger in Manchester: #BurgerWars. We’ll be scouting out great burgers across the city, and then reporting back just for you. At the end, we’ll crown Vada Magazine‘s Queen of the Manchester Burger Wars. Once we’re done with Manchester – well, then, we’ll move onto the next city!

If you’re looking for decadence, we’ve found it, in all it’s cowhide-enveloped glory.

When Gaucho invited me to try their signature burger, I can’t deny I got a little bit excited. I’m a big Gaucho fan it has to be said, but it’s a couple of years since I last visited their Manchester restaurant. I’ve heard mixed things in that time, but I certainly wasn’t disappointed when I headed down there one busy Wednesday evening.

Gaucho is best known for their Argentinean steaks, and continues that Argentinean theme with their 140+ bottle winelist. Many of the wines on here are actually created exclusively for Gaucho, and can be purchased by the bottle to take home (or you can order online). 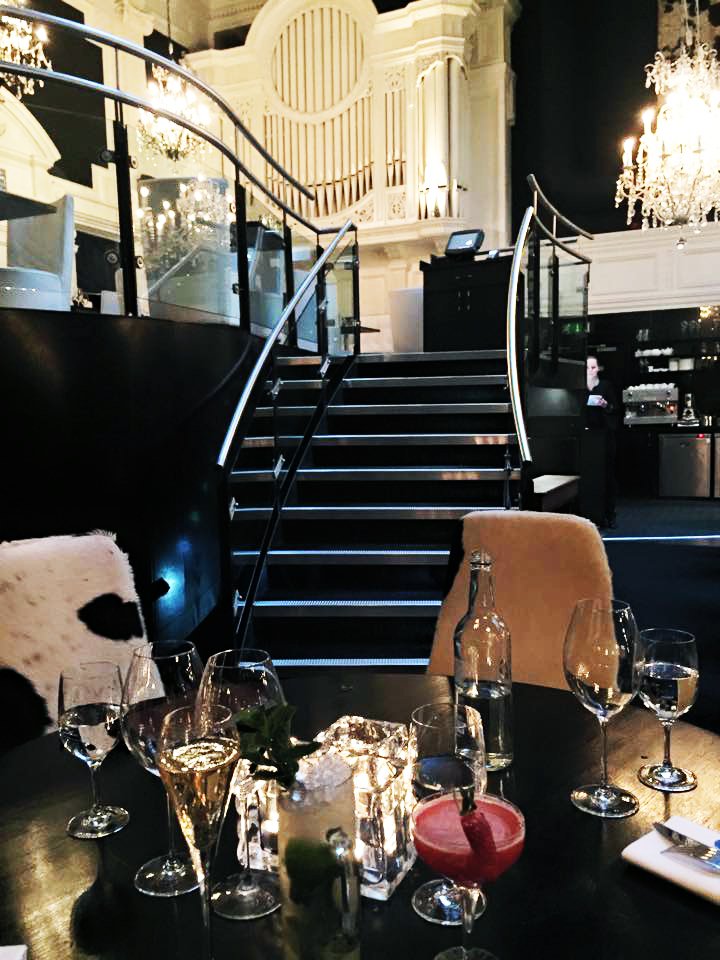 I was a little early, and arrived ahead of my dining companion, so after entering through the understated entrance just off Deansgate, I was greeted with a smile and shown to the restaurant’s rather sultry looking bar area, before taking a seat on one of the plush seats and being handed the cocktail list.

These guys know their drinks as well as they know their steak. Their mixologists have put together some fantastic concoctions (for the cocktail lovers amongst you, there’s something special coming your way from these guys – watch this space as we’ll have news on it first). I opted for a San Luca – an Argentine take on the Cuban mojito. When my guest arrived shortly afterwards, they were quick to do the same having sampled my glass.

Having been allowed plenty of time to settle into our moody surroundings and then shown to our table, our waitress was introduced to us, before proceeding to talk us through the menu and steak cuts.

I went for the Empanadas to start, choosing the hand-diced beef and red pepper option, brilliantly finished with Spanish onion and ají molido, and the particularly tasty smoked ham and mozzarella. For those of you looking to save your meat cravings for the main act, there’s also the Provolone and onion option, with mozzarella, cheddar and a touch of oregano, whilst my guest for the evening opted for the beautifully tender Chargrilled Veal Sweetbreads, which came as a very generous portion and were served with a potato salad and egg vinigarette.

I was of course here for the Burger cause, and I wasn’t disappointed. Gaucho’s signature burger, the rather aptly named Gaucho Burger, is a deliciously juicy blend of four cuts, 35-day aged sirloin, fillet, rump and rib-eye, topped with caramelised onions, provolone cheese, garlic mayo and homemade ketchup (which I’d rather liked to have bottled up!) and served with a side of Gaucho’s hand-cut chips cooked in beef dripping.

Whilst I was a little disappointed at the lack of the brioche bun I’ve become so accustomed to whilst enjoying Manchester’s burger scene, what this beast lacked in brioche, it definitely made up for in flavour. (And frankly, I soon realised that a change is a good thing anyway.) 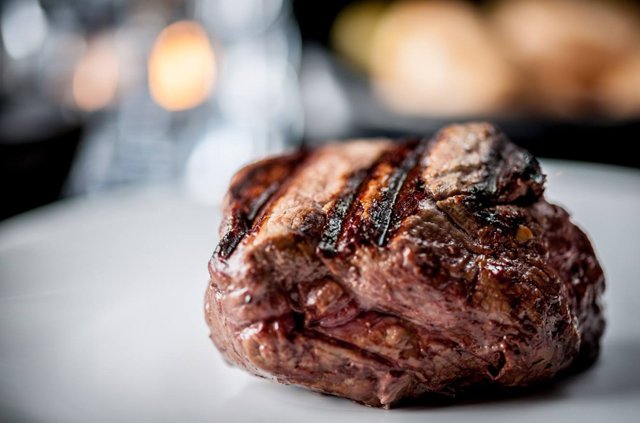 Knowing how big these guys are on their steak, it didn’t take much persuasion on my part, for my guest to order the Churrasco de Lomo. It probably took about as long, in fact, as it did for me to reach across and give it a try myself. And I was glad I did!

Having been marinated for hours in garlic, parsley and olive oil, the flavours came through thick and strong, whilst managing to not overpower the succulent, flame grilled meat that they’d soaked through the day before.

Despite being practically full to the brim after all that, our waitress was keen to have us try a couple of favourite desserts, and who were we to refuse?!

Upon ordering the Salted Dulce De Leche Cheesecake, I was warned to brace myself for the best cheesecake I’d ever tasted. If it wasn’t it was certainly a close second. Wonderfully rich, but not overpowering, I was reluctant to share this with my guest, but convinced myself in order to claim my mouth-watering stake of their Sticky Toffee Pudding, with it’s nothing-short-of-gorgeous orange purée and poached kumquats.

Overall, I was pretty impressed with the guys and girls at Gaucho. I’d heard mixed things since my last visit a couple of years ago, but they were certainly on form this time round. Superb knowledge of their food and wine, wonderfully attentive service, and a feeling when we left that we’d been spoiled rotten given the quality, and quantity of their fantastic food and drink. 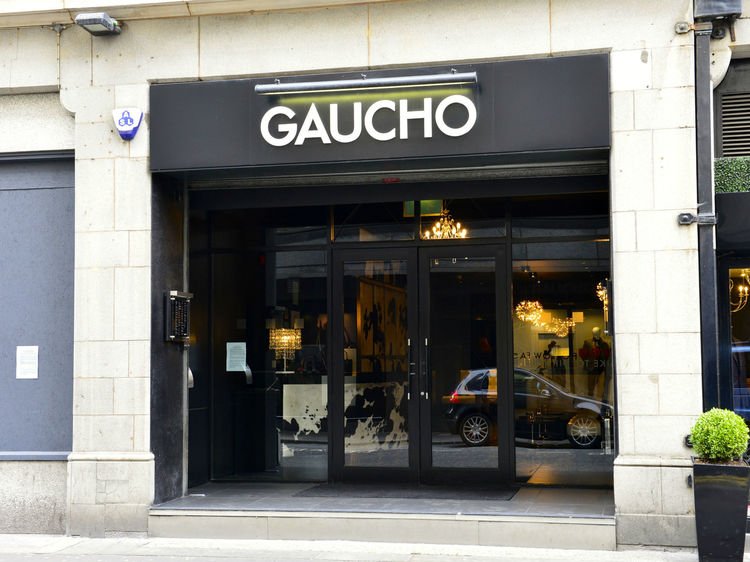