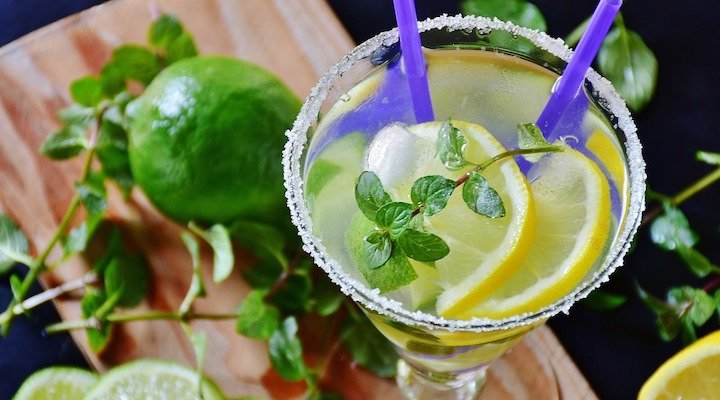 Whilst the weather this week in the UK has been less than summer-worthy, although not atypical or unexpected, there is still plenty of time this season for a re-appearance of some glorious sunshine. And to that end, here at Vada Magazine, we’ve rounded up four deliciously refreshing summer cocktails. Yes there’s always Champagne (or English Sparkling Wine LINK), or an Apérol Spritz, but diversity in a drinks menu is always a good strategy.

Simple, yet complex and rewarding, The Rusty Nail™ sits alongside the Martini and the Old Fashioned as one of the classics of the cocktail world, but has a sweetness that makes it surprisingly accessible. Its origins in the bars and clubs of 50s New York lends old-school style and sophistication to the drink.

With less sass than Joan Collins, this is a light, refreshing and tasty serve with simple ingredients. It’s quick and easy to build in a highball glass.

Cut a lemon into wedges, then squeeze and drop half the lemon into a highball glass. Add the rest of the ingredients and stir. Garnish with a mint sprig.