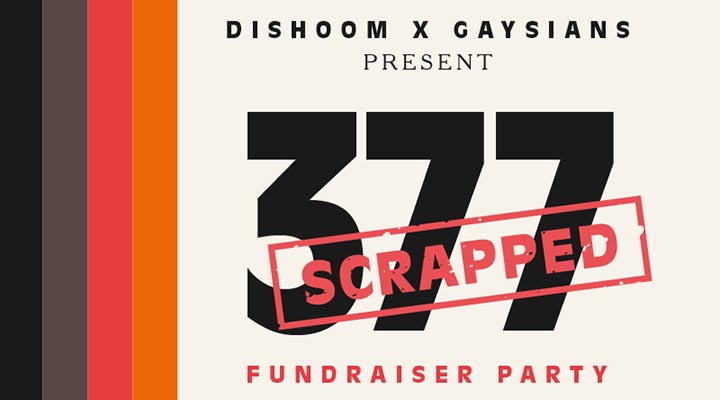 In celebration of the news from India that authorities are scrapping Section 377, restaurant group Dishoom has teamed up with a UK-based South Asian LGBT charities network, Gaysians, to host a glamorous fundraiser.

Section 377 was the law – brought in by the British government – which criminalised gay sex in the country. Its removal has been hailed as a watershed moment for LGBT rights in South Asia.

The evening fundraiser will include talks and performances from the British Asian LGBT community and will take place at Protein Studios on Thursday 27 September from 6pm. With the support of The Unmistakables, a strategic marketing communications consultancy that helps leaders understand minorities, the event will kickstart a conversation about what the change to Indian legislation means for the thousands of LGBT British Indians and South Asians in the UK.

Gaysians CEO Reeta Loi said, ‘The scrapping of Section 377 has a huge impact on Indians all over the world. For generations we’ve received much of our cultural content from Bollywood. With a lack of LGBT+ characters in films and out role models in wider society, it’s no wonder that studies and our first-hand experiences show that British Asians are more socially conservative than the general population, especially when it comes to homosexuality. We’re excited to team up with Dishoom to put on this event to create an inclusive and safe space for LGBT+ South Asians and our allies to celebrate a huge moment in LGBT+ history together.’

RELATED ARTICLE  When there's nothing left to burn

Gaysians is a network of LGBT charities and activists supporting the South Asian community. The network campaigns for positive visibility and narratives of LGBT South Asians in the media and for the removal of legislation criminalising homosexuality in South Asia. Gaysian creates safe spaces for LGBT South Asians to meet and to celebrate both their queer and cultural identities.

Dishoom co-founder Shamil Thakrar said, ‘It’s always been massively important to us that Dishoom is a place where everyone is welcomed with warmth, and where our differences should not only be tolerated, but celebrated. We were overjoyed by the Supreme Court’s long-overdue decision to scrap Section 377, and had a natural urge to bring people together to celebrate! All are welcome at 377Scrapped.’

Dishoom has five restaurants in London and one in Edinburgh, which all pay homage to Bombay’s old Irani cafés – lovely, welcoming places that brought people of all walks of life together over food and drink. Dishoom breaks down barriers, just as the cafés did: in its restaurants, which employ and serve people from all walks of life, at its events, and through charity (donating a meal to a hungry child for every meal served in the restaurants – 5 million meals so far). The restaurant group serves a lovingly curated menu of Bombay comfort food and award-winning drinks in beautiful restaurants with unique stories.

Funds raised from tickets will be split between Sappho for Equality, a Kolkata-based Indian organisation working for the rights of lesbians, bisexual women, and trans men in Eastern India; and SAATHII, a charity with offices across India that envisions universal access to rights, health, legal and social services for communities marginalised on account of HIV status, gender and/or sexuality. Natco Foods will match the funding for every pound raised in the UK. 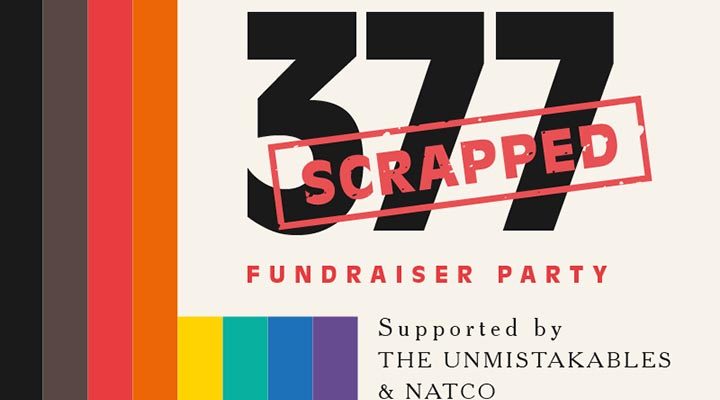