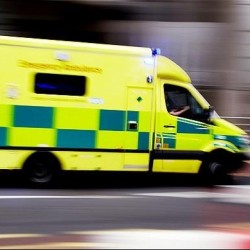 Matt Whitehouse
When Matt isn’t answering the call of 999 in his job as a paramedic, he can often be found in the kitchen creating paleo recipes for his blog thepaleoparamedic.com. A health and science fanatic with a love of food, exercise, dance and tequila. Looking to dispel myths about being and eating healthy. @PaleoParamedic

Now when you think of chicken korma I’m sure you think of chicken in a thick pale/yellow, creamy sauce from your local Indian restaurant or takeaway. Would it surprise you to know that that’s not how kormas should look? The sauce for a korma is usually tomato based with yoghurt or cream added at the end, the modern UK korma however is cooked in the thick cream sauce we are used to.

The word korma comes from an Urdu word meaning ‘braise’ and a traditional Indian korma is made this way. This korma recipe, which is originally by Madhur Jaffrey that I’ve altered slightly, is delicious but allows you to make it amongst your busy schedule. The recipe makes for a tasty and healthy ‘fakeaway’ to fool your friends, and goes very well with cauliflower rice.

The recipe requires a lot of spices and in the original recipe some of these were whole not ground, however I personally didn’t like biting into one of these when I was eating so I changed it to ground, the taste, I found, is just the same but you don’t get the nasty surprises when eating. The spices that I have left whole need to be whole as they help to infuse the oil with flavour before adding the other ingredients.

1. Melt the coconut oil in a large pan/skillet over a higher heat. Once the oil is hot add the bay leaves, cinnamon, cardamon pods, cloves and ½ tbsp of the ground cumin. Stir for a minute before adding the onions.

2. Once the onions are cooked and turning brown add the grated garlic and ginger as well as the rest of the ground cumin and ground coriander. Once these ingredients have been stirred in and infused, turn down the heat to low-medium and add the cans of tomatoes.

3. Once an aroma has developed add the chicken and chilli powder/flakes to the mix. Cover and cook over a low heat for at least 30 minutes, stirring occasionally to prevent the tomatoes from burning.

4. Now add the coconut cream to the mix and stir in, you’ll see how the colour is still predominantly red/orange not white and creamy as with modern UK chicken kormas.

Serve with some cauliflower rice and enjoy.

When Matt isn’t answering the call of 999 in his job as a paramedic, he can often be found in the kitchen creating paleo recipes for his blog thepaleoparamedic.com. A health and science fanatic with a love of food, exercise, dance and tequila. Looking to dispel myths about being and eating healthy. @PaleoParamedic

View all posts by Matt Whitehouse →