The Grill on the Alley is a moody, sexy restaurant with 28-day aged steak, live music and Living Ventures’ trademark five-star service. 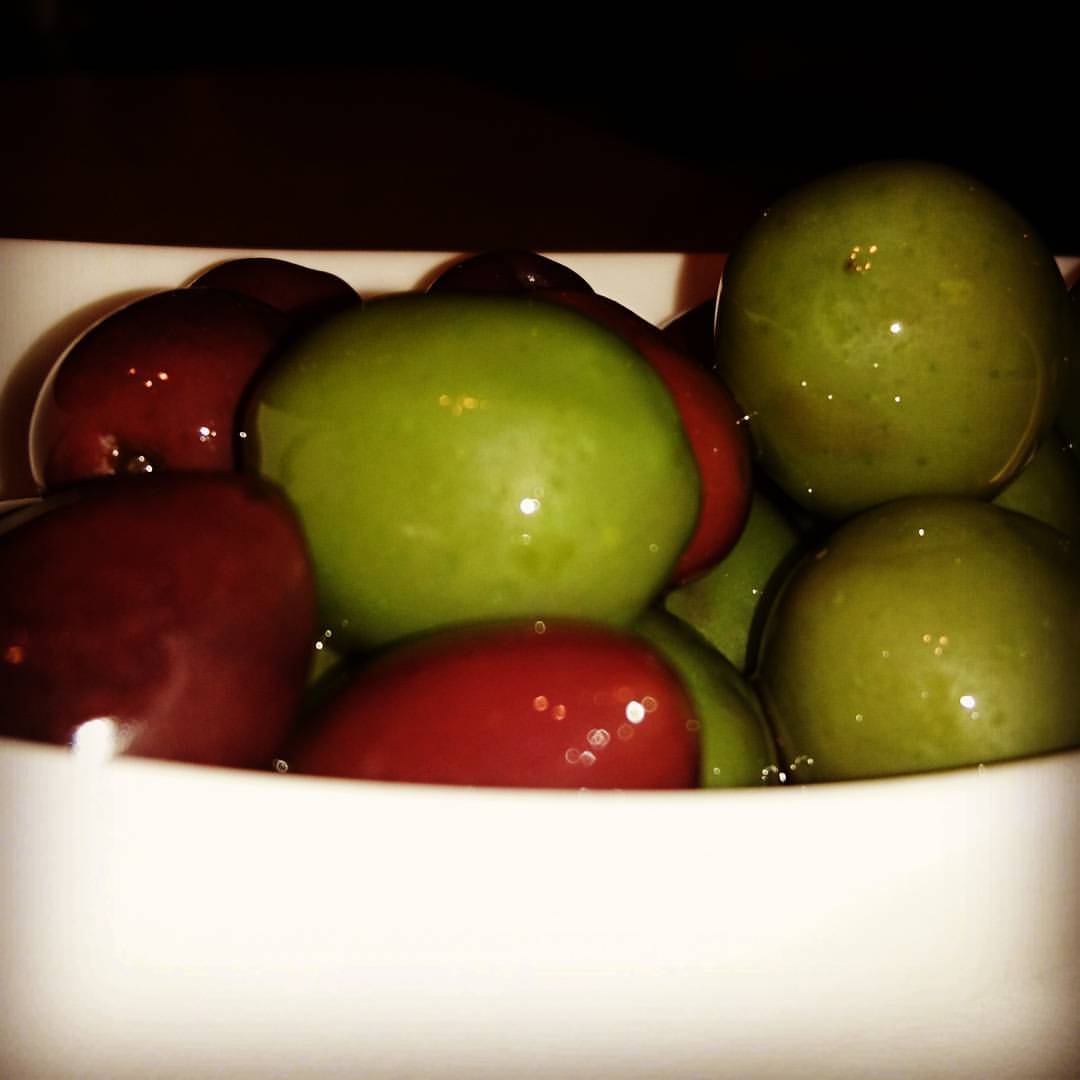 As is the LV way, the first thing the wait staff do is take your drinks order and ask if you want any bread or olives. We were expecting to try three full courses, and with me on a diet, so held off on the bread but kicked things off with some seriously juicy olives. We were told there were only black olives left, so were nicely surprised when a bowl of both green and black olives came out. Beware of stones, however, as these bad boys aren’t pitted, which is probably why they’re so damn succulent. 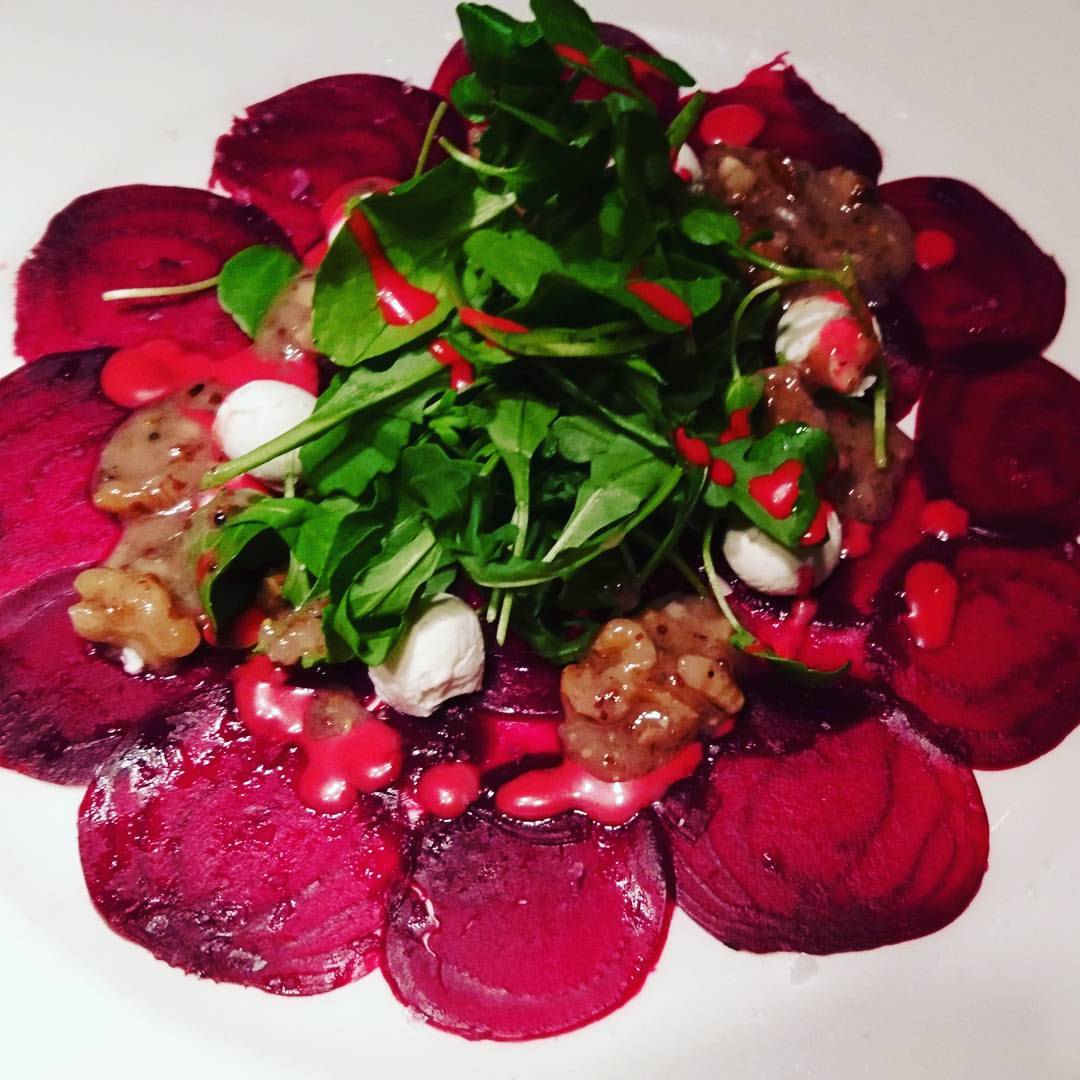 First up, we opted for the artful beetroot carpaccio for starter. With goat’s cheese and walnuts, this is a delicious way to open, with the velvety beetroot, crunchy nuts and creamy goat’s cheese matched with a tangy balsamic dressing that holds it all together. 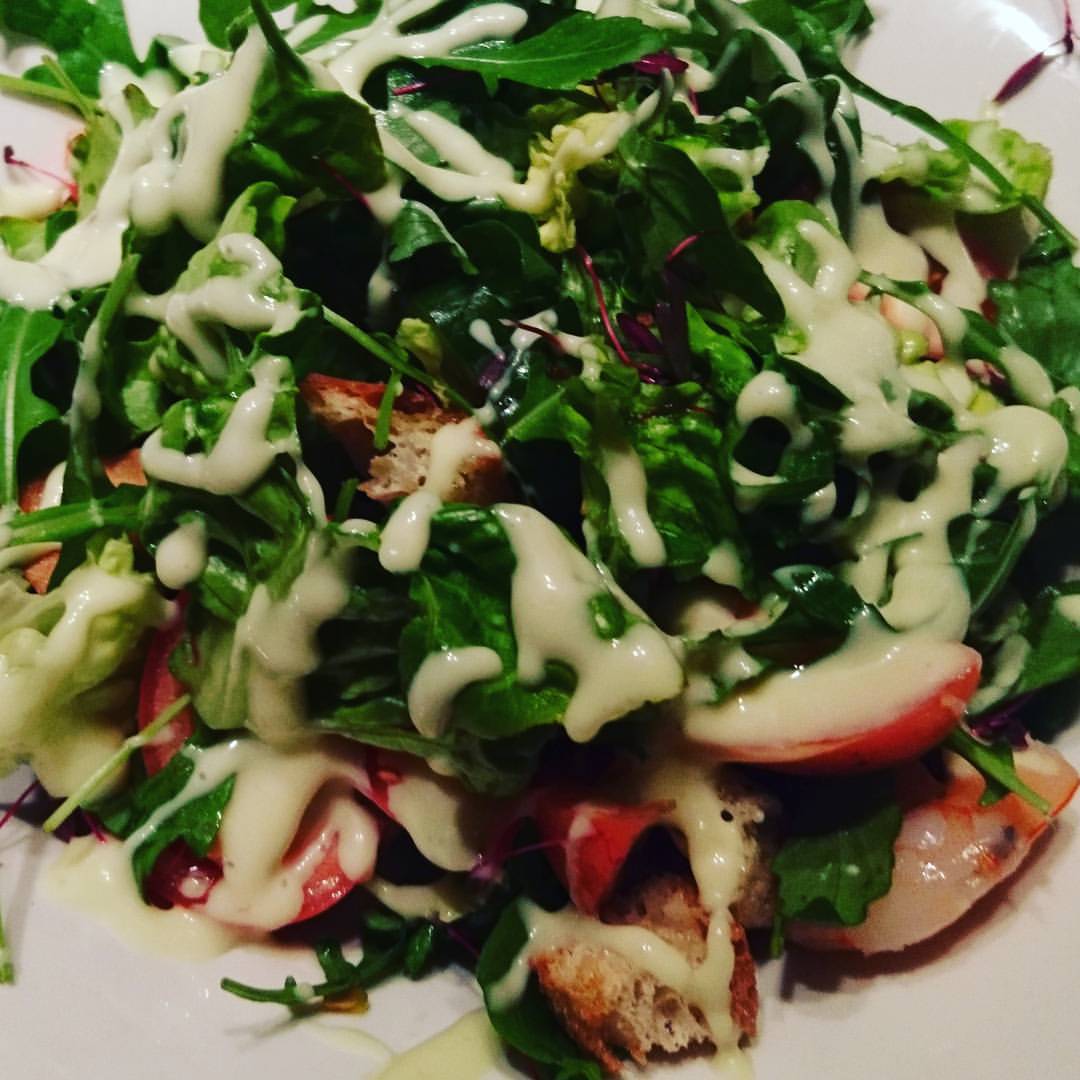 In the interests of journalistic thoroughness, we also ordered a few items from the Christmas menu. I selected the tiger prawn panzanella salad, which featured big fat prawns, a mountain of rocket, crusty bread croutons with tangy, creamy salad cream. The cream of salads has always been a favourite of mine – much better than mere mayonnaise! 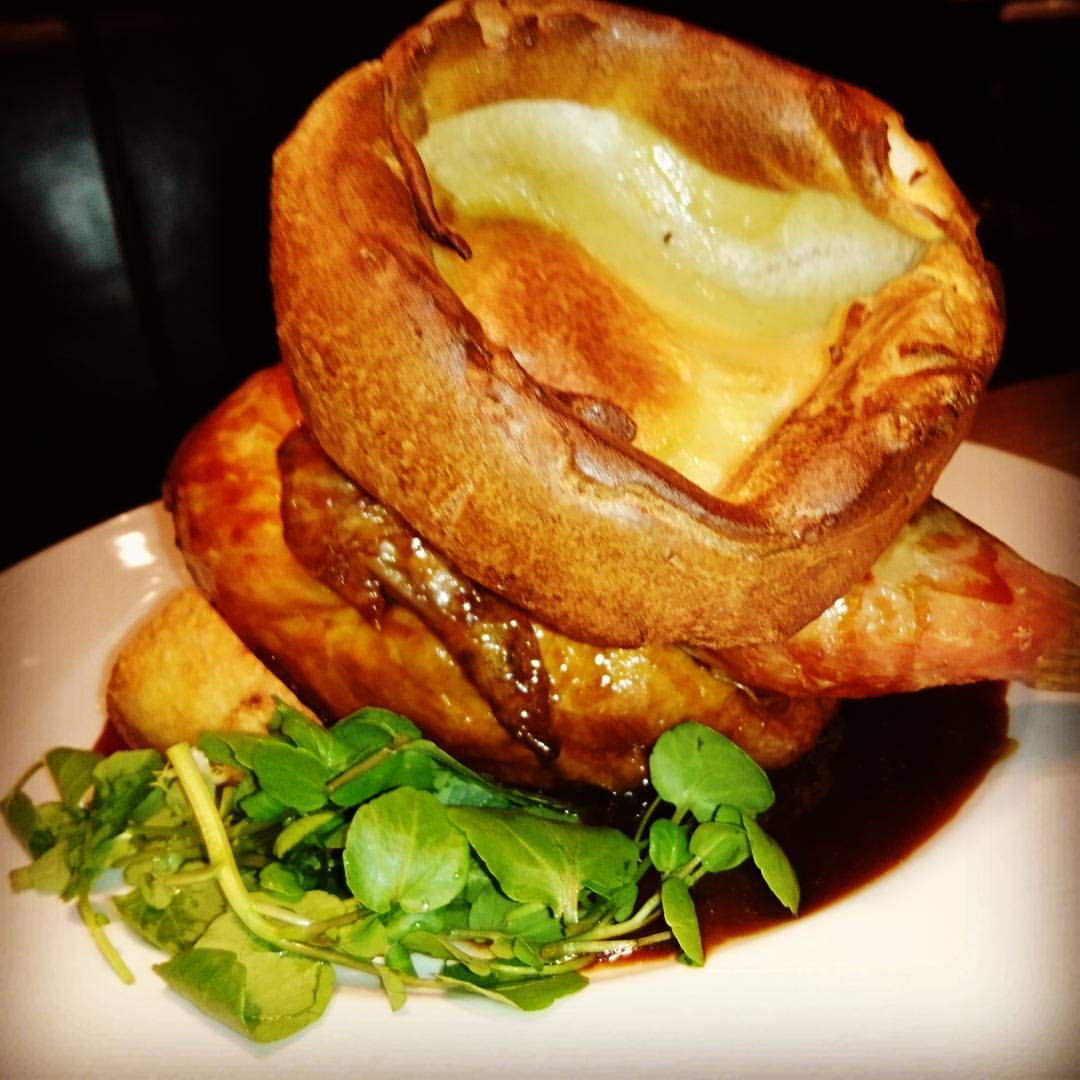 As it was a Sunday, we went with traditional and ordered a roast. First up we tried the roast beef, but unfortunately the cut we got proved too chewy for my dining companion so we asked if we could swap it for chicken. The manager swooped on over immediately and promised a freshly roast chicken in four minutes flat – and lo and behold, there it was! And what a chicken it was: half a bird nestled beneath a boisterous golden crown of giant Yorkshire pudding. Served with buttery carrot and swede mash and cabbage on the side, it was well worth the wait.

Now here’s the thing: when a restaurant gets something wrong, that’s the real tester. That’s what makes the difference between a great experience and a disappointing one. I was glad to see that at The Grill on the Alley mistakes are dealt with promptly and (thankfully) pleasurably. It’s always embarrassing when you have to point out a mistake (well, it is if you’re me), but it’s always better to give a restaurant the chance to make it right. If they do make it right, you leave even happier than you would’ve been if everything was right in the first place. There’s some wonderful psychology there, I’m sure, but you do feel looked after when the manager comes over to apologise and you get a fresh plate whipped out with a smile and a flourish. Thanks, guys! 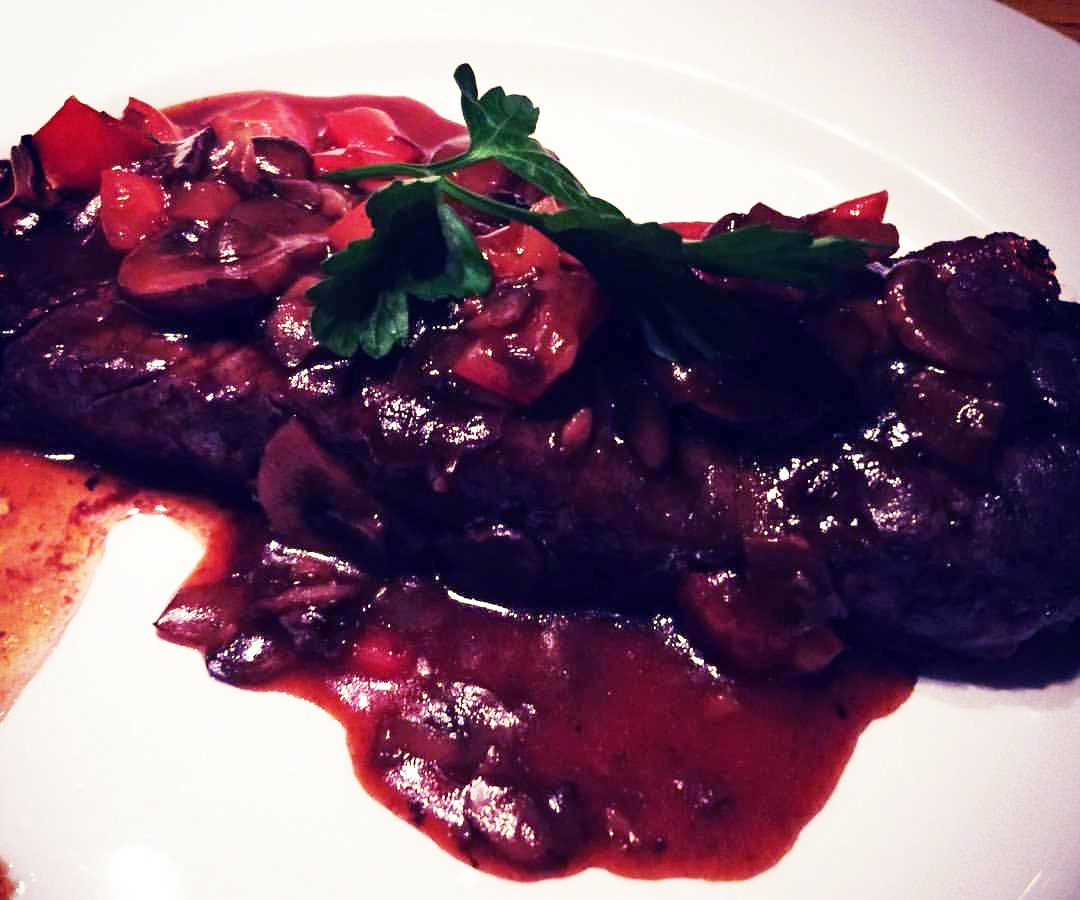 Now, it’s worth also mentioning that until my visit to The Grill, I had forgotten what a perfect rare steak looked like. I ordered the sirloin steak from the Christmas menu as a change to the usual cuts, and because I fancied the seasonal trimmings over the usual chips or mash. It came out and at first I wasn’t sure – the steak itself was dressed in a dark Forager’s sauce with parsley on top. I wasn’t sure what to expect. Then I cut into the steak and discovered the ruby treasure inside! The sauce and winter herbs proved the perfect complement to the steak, bringing out all the subtle flavours for a rich, meaty delight. Served with roast potatoes and mixed veg, this was a gorgeous dish and sure to be a crowd-pleaser. 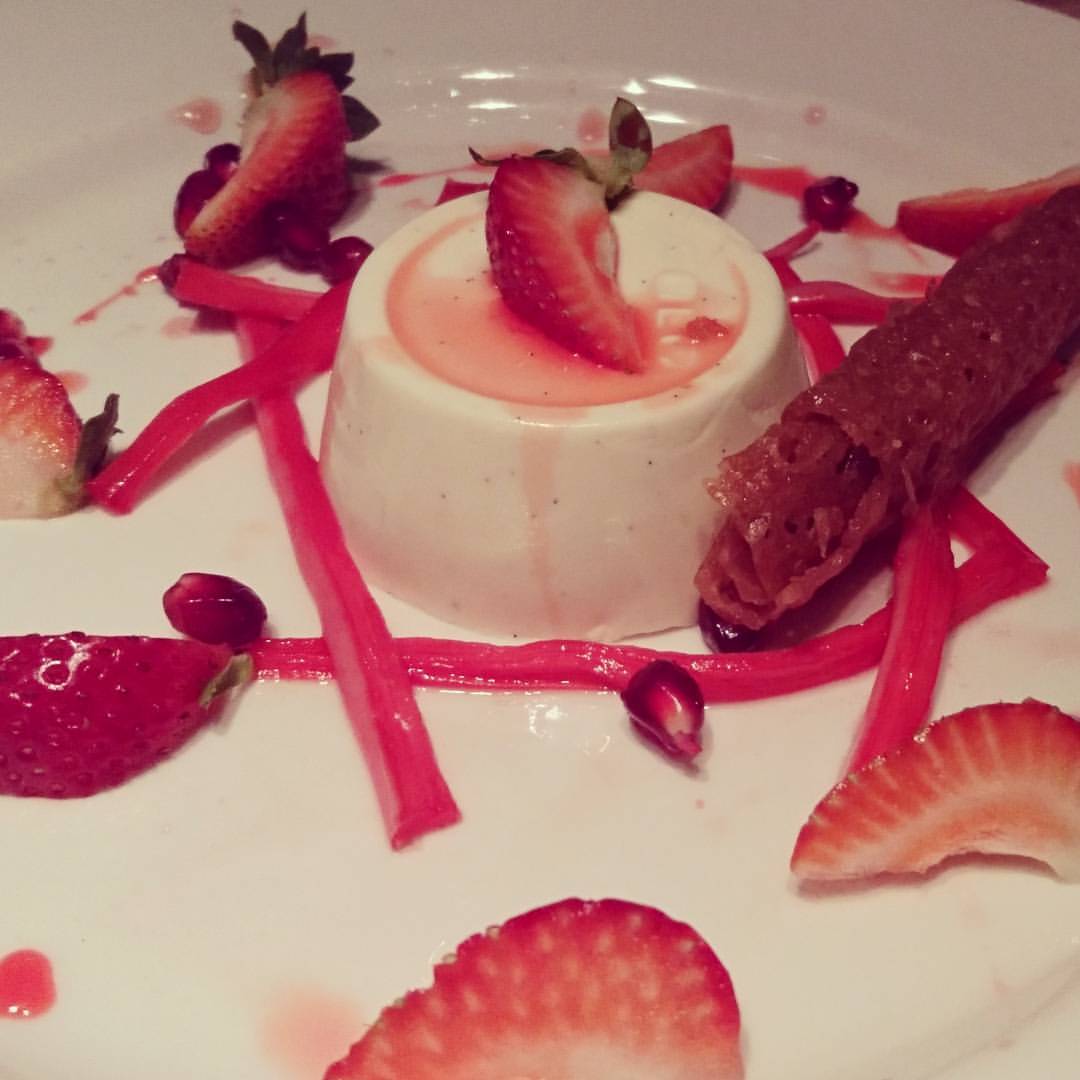 So, onto desserts then. At this point, we were more stuffed than a Christmas turkey (which they do have too, by the way…), but again were compelled by the rigours of journalism to at least have a taste of something sweet. My dining companion ordered the rhubarb panna cotta with a chewy brandy snap. This was divine. The rhubarb was tasty enough to eat on its own but the combination of gelatinous panna cotta, fresh strawberries and the tartness of the rhubarb made a very satisfying combination. 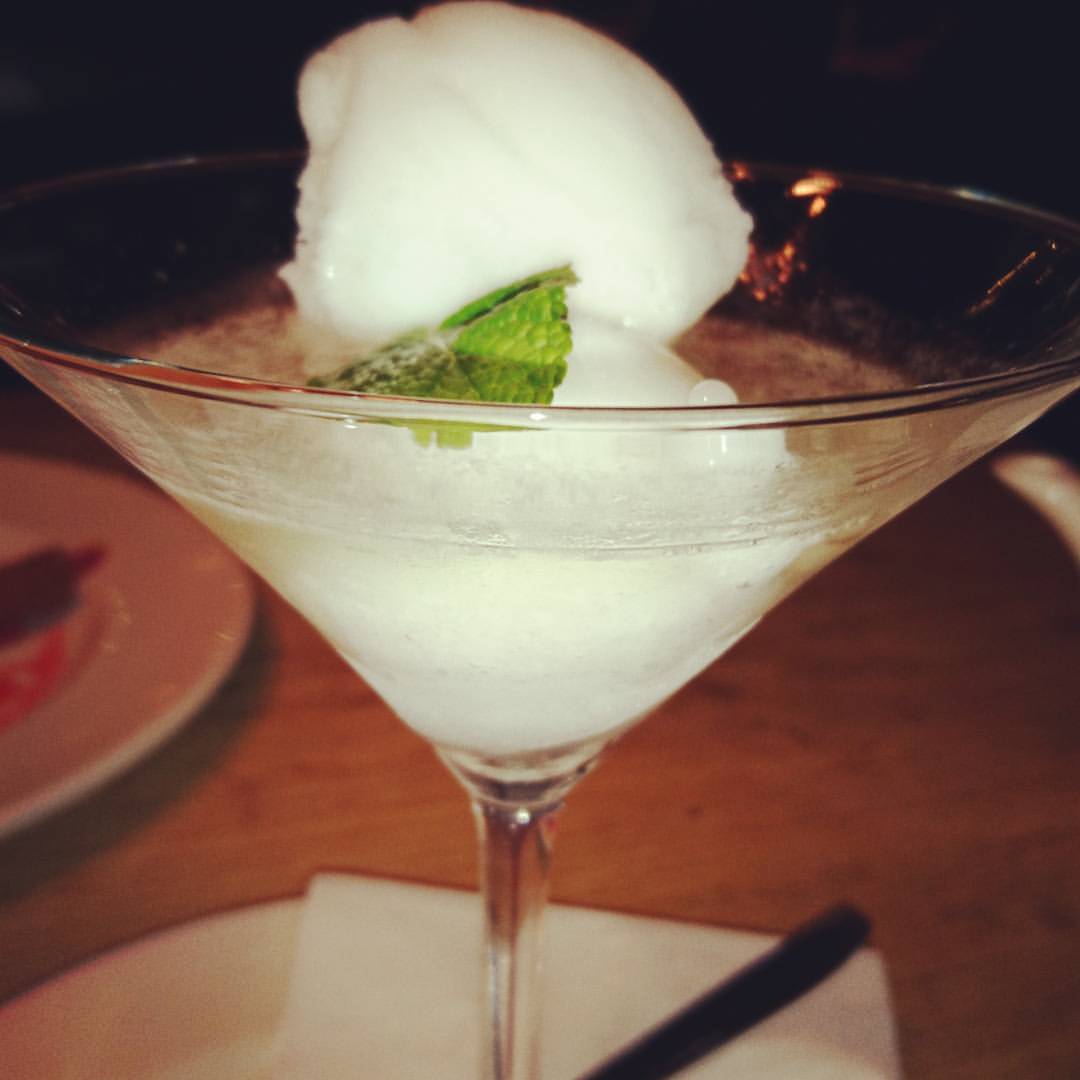 I went for the champagne sorbet as a lighter, boozier option. Cool, smooth and sparkly like a winter wonderland in a martini glass. To my shame, in my excitement I knocked the glass over after my last mouthful. But at least I managed to eat it all before the glass broke! Another delicious dish.

Overall, I was stunned by The Grill on the Alley. The service was exceptional, the food was fantastic and the live music was a nice addition. Come here for the fabulous slivers of meat, and stay for the professional but personable approach.

The Grill on the Alley, 5 Ridgefield, Manchester M2 6EG.