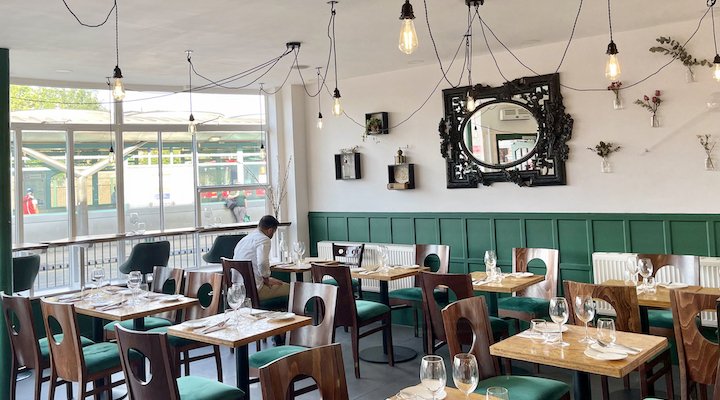 Turul Project, the new (and only proper) Hungarian restaurant has just been opened in north London under the leadership of award-winning head chef Levente Koppány from Budapest. We at Vada headed to the northern London suburb of Wood Green to find out more.

Arriving at Turul Project could not be easier for those choosing public transport. The restaurant is located quite literally next door to Turnpike Lane tube and bus station. This removes the small stress in finding one’s way when arriving in what may be an unfamiliar area. In spite of what could be a busy location, surprisingly Turul Project has created quite a calming presence, perhaps from the retained space from the 1930s Art Deco building, or from the up-cycled wood used in the interior, combined with the white and green palette inspired from the Hungarian flag.

Turul Project is also unique in that is not just a new opening on the London restaurant scene, but the only Hungarian restaurant of note in the city. Having dined in the five-star hotel restaurants across Budapest, in our experience this is the only venue comparable in London that manages to elevate a menu above rustic.

Turul Project was apparently born out of a desire to showcase Hungarian cuisine within a modern dining setting. The menu is therefore inspired by traditional dishes and delivered with a contemporary twist. The service was particularly friendly and welcoming, and if diners are unsure about a particular ingredient or dish, we suggest capitalising on the friendliness of staff and just ask, as we did – several times.

From the menu, we started with the pork terrine (£8) served with reddish, peppers and pickled onion, and the fermented cucumber velouté (£12) served with smoked trout, dill cream and caviar. The velouté is made with the fermented cucumber liquid, which by itself one may imagine would be an assault on the senses, but the reality was much milder, and made for an altogether cooling starter for a particularly warm summer evening.

Main courses were choices of 2 creative flavour combinations. The first was the beef cheek (£18) served with mashed potato, roasted shallot, garlic and a gravy doused with drops of a lovage infusion. Lovage leaves usually taste a little like celery with a hint of anise, but condensed into this oil form, only a few drops are needed to impart a flavour that is much more concentrated. Our other main was the monkfish “Paprikas” (£22) served with a pasta layered with curd cheese and sour cream – the smokiness of the paprika jus brings a warmth to the meaty fish.

There are 2 dessert options, and with difficulty this chocoholic writer has to concede that both the chocolate option (Ludláb torte (£10) served with brandied cherries and cherry sorbet) and non-chocolate option (Walnut dumpling (£9) served with vanilla and caramel ice cream) were on par. The former marries well the traditional chocolate and cherry combination, while the latter is perhaps better translated as a ‘walnut bread’, and can only be described as moreish. 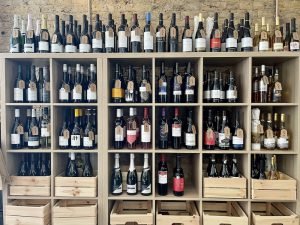 Turul Project, naturally promotes a wide range of Hungarian white, red and dessert wines, as well as rosés and sparkling options, many of which UK diners are unlikely to have tried before. If we suggested asking for clarity on an item of the food menu, we insist on asking for local guidance on the wines – the staff at Turul Project are well trained and can advise on pairings. We do suggest starting with a glass of sparkling Hungarian wine (Kreinbacher Brut Classic), which is not made from the Pinot Noir and Chardonnay grapes that are used in French Champagne and the difference is striking – this may be a bit of a Marmite flavour for a sparkling wine, but one that we enjoy.

This zone 3 restaurant on paper may not draw you in, but we at Vada insist it is the only place in London to try authentic, refined Hungarian food. Prepare to be pleasantly surprised. The service is excellent – friendly staff educate you on Hungarian food, language, wine and culture without feeling overwhelmed.

During the day, Turul Project operates as a deli and café, selling products (focussing on organic products including wine, honey, charcuterie, oils and confectionery) imported from Hungary.

For more information and to book a reservation, visit turulproject.com

Editor’s note: This review was undertaken before Hungary proposed its law banning LGBT content in school or on children’s TV. As two gay men, we received only great service at Turul Project.