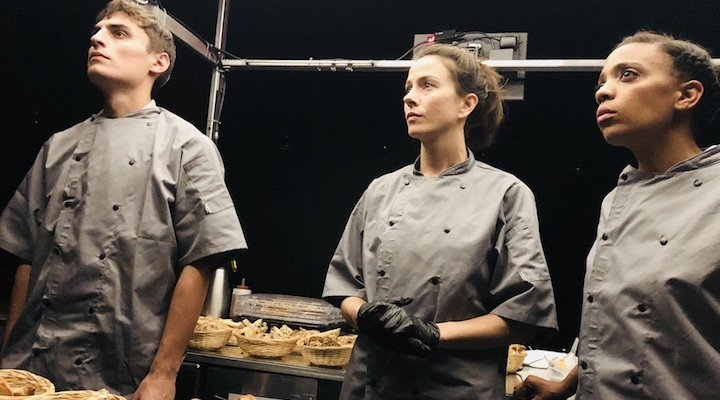 Gastronomic is a new immersive dining-cum-theatre experience from curious directive. Showing at the Royal National Theatre Norwich until 22 September, we at Vada attended to find out how augmented this experience set on board an A380 plane really is.

For those wondering, an immersive dining experience involves actors and a story unfolding setting the narrative for your meal. In the case of Gastronomic, this is about the audience experiencing fine dining on board an aircraft. Up to 40 guests are seated around the space around sushi-style turntable (though not actually used), with a small set in the middle housing the three actors. Gastronomic showcases chefs from Norwich’s restaurants including Assembly House, Benedicts, Bread Source, Namaste Village, and Shiki. The five taster dishes that guests experience were inventive and a significantly better than the expected provincial home-cooking anticipated. The exception to this is the self-mocked ‘End of Brighton Pier’ (deconstructed fancy fish and chips) which was a bit too curious for our taste, but the deep fried capers within were a revelation.

The performance itself unfolds onboard the the kitchen of an A380, with a politically relevant yet predictable storyline around an illegal immigrant and the connection between the chefs. Playing different characters in different points in time, we found the jumping between these exposed the seams in the storyline, rather than being a seamless experience. Perhaps supporting actors playing the background roles would have allowed the audience to focus on the fine dining than have to work out which character the actor had just become.

For aviation aficionados, some plot implausibilities were apparent (no airline would employ 3 chefs on board, nor would a single airline operate the routes suggested, or only a passport be needed for staff to board/exit a plane at an airport). These details aside, curious directive are germinating an idea with significant potential. There are some technical solutions around the augmented reality that need fine tuning (perhaps by following the implementation of Dinner Time Story) nonetheless the audio stimulus and audience interaction with actors kept us engaged.

Diners curious about curating chefs from the cultural province of Norwich, they are:

At a very reasonable £27.50, the price alone justifies tasting the five course menu. For the experience of merging technology, acting and dining there are some technical kinks to iron out, but overall an engaging and relevant performance from curious directive. One to watch for their next show.

RELATED ARTICLE  La Grande Maison Bernard Magrez, a destination for all the arts 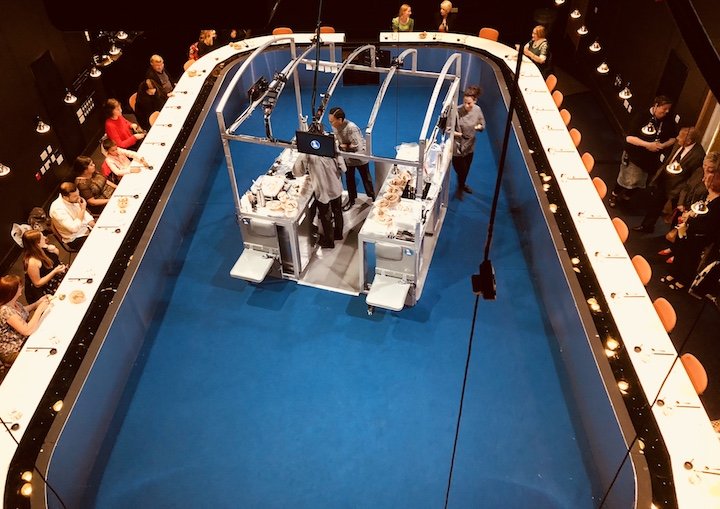 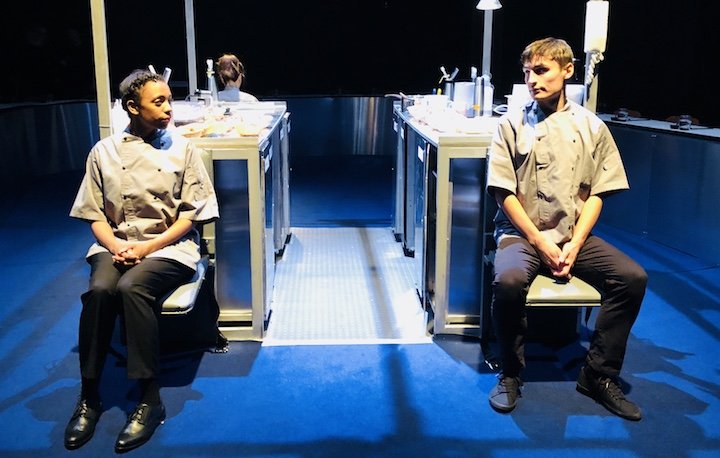