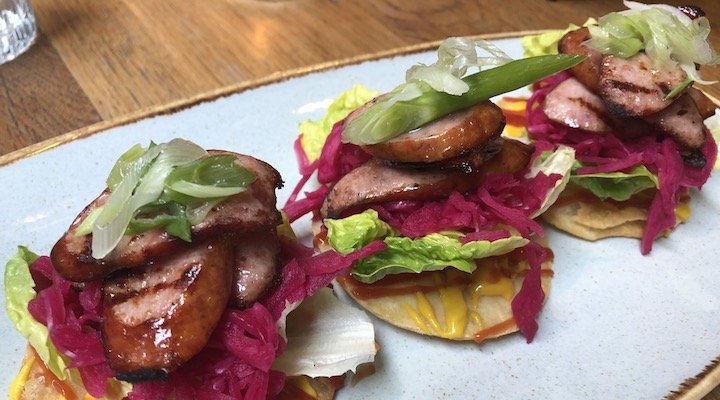 Situated in an up-and-coming London area, next to Central station is Oslo Hackney, a restaurant, bar and live music venue. The ground floor restaurant and bar offers a laid-back environment to eat, meet and drink. We dropped in on a Thursday evening to try out the new British menu which boasts nordic twists.

First impressions were not the best, as waiting staff were huddled in a corner so it took about 10 minutes to find someone to get our table. Once seated, and deliberating the cocktail menu, we were able to take in the interior. The building that Oslo occupies is what used to be a railway station, with arches now windows and exposed original brickwork throughout. The interior design seems to focus on industrial rather than this railway building heritage, and there is a unusual interpretation of soft furnishings, such as hanging lights draped with cloth as though channelling Miss Havisham’s ruined mansion.

From the new menu we chose the Cod Bolinhos (£7) – cod croquettes served with seaweed tempura and lime mayo, and Pølse (£7), which is chargrilled Norwegian sausage on tortillas with pickled cabbage and salad. We appreciated that very large potions – in fact two starters would be sufficient to fill one person, and the playful presentation of both dishes. However the Cod Bolinhos had too high a ratio of mash potato-to-fish.

For main courses we chose the Iberian chicken salad (£9), made with chicken, chorizo crumble, toasted almonds, baby gem lettuce, parmesan and a smoked paprika aioli, and the Nordic Poke bowl (£9.50) which includes, smoked salmon, spinach, barley and brown rice, peppers, pineapple, pickled cabbage, edamame and mango mayo. We liked the chorizo crumble, but suggest the salad is not pre-dressed as ours arrived drowned in the aioli dressing. The Nordic Poke reflected Polynesian roots rather than British and the only Nordic twist we could see was the use of smoked salmon rather than raw salmon. That said, the bowl had a delicious range of textures, tastes and colours. The ‘mango mayo’ was less mango more of a liquid lemon posset, but the lemon flavour still suited the bowl.

Desserts we chose were the Oslo Mess (£6.50), which is a white chocolate and yoghurt mousse, with a citrus granita, meringue and mint cress topped with a raspberry powder. This is possibly the best-designed and executed dish on the menu, a traditional British Eton Mess, with a sharp citrus twist – we loved it. We also tried the Honolulu choco mousse (again, more Polynesian than Nordic) but the addition of avocado made for a creamy result. Topped with fresh pineapple, coconut ice-cream and coconut chips, this again was another well-considered and executed dessert. 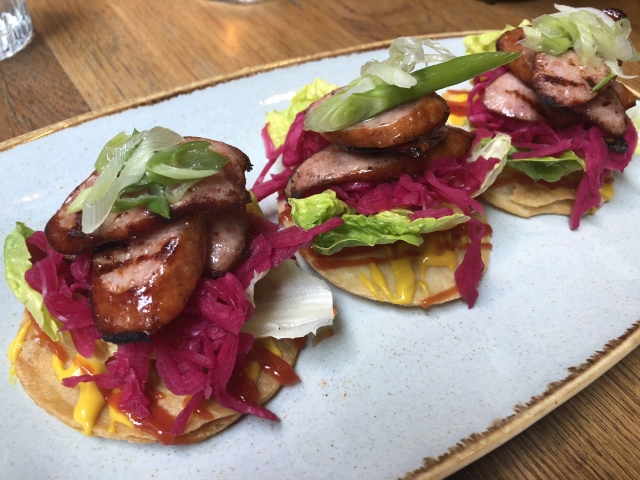 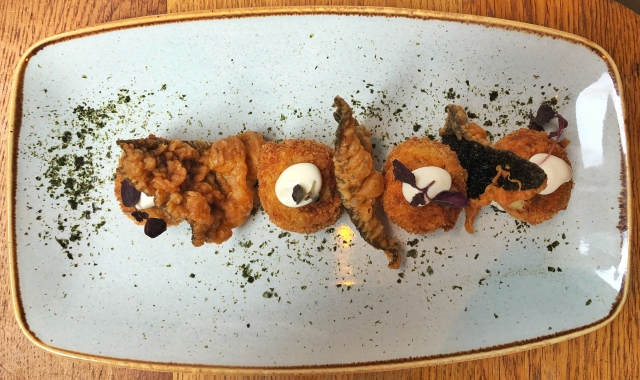 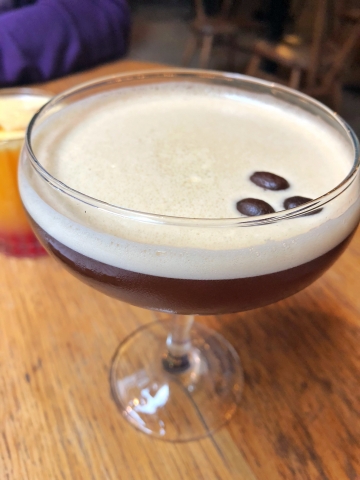 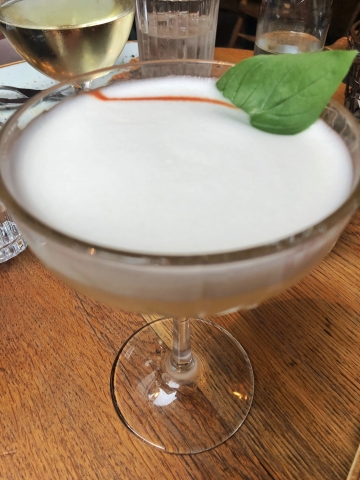 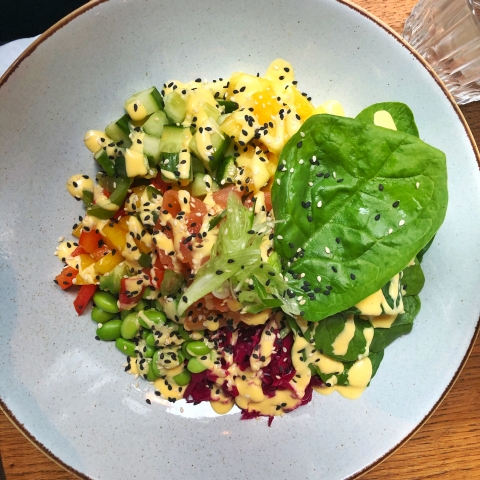 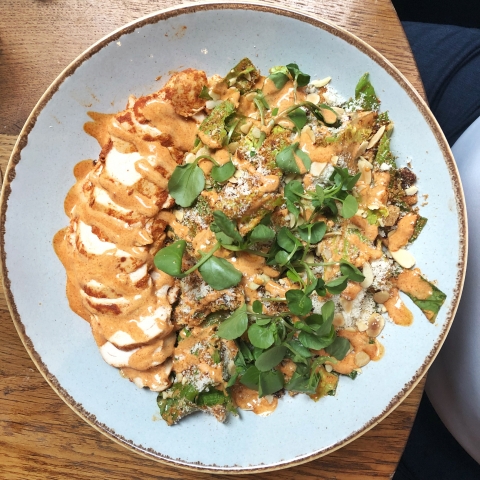 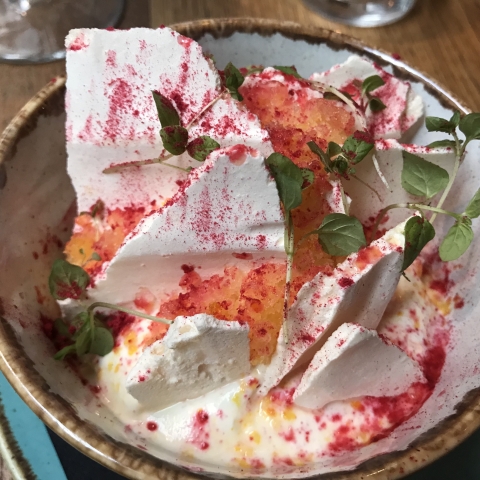 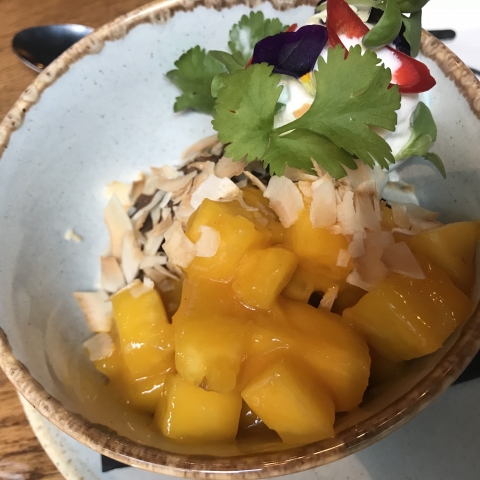 All Oslo cocktails are priced at a reasonable (£8.50). We suggest either the:

We were also impressed at the wine selection on the menu, which wine-lovers will appreciate.

The vibe at Oslo is to suited to communal eating with mostly shared tables, so ideal for bigger groups meeting after work rather than as a date night. The concepts of bar and restaurant are blurred rather than being distinct spaces, which also suit a more communal approach.

We weren’t a fan of the interior design, as the railway heritage of the building could have been more tasteful implemented. And the new menu promised to be British with a twist of Nordic, but is more Polynesian and American with a touch of British and Nordic. That said, we would revisit for a cocktail with either a generous starter or dessert if in the area again.

For more information and to book, visit oslohackney.com.