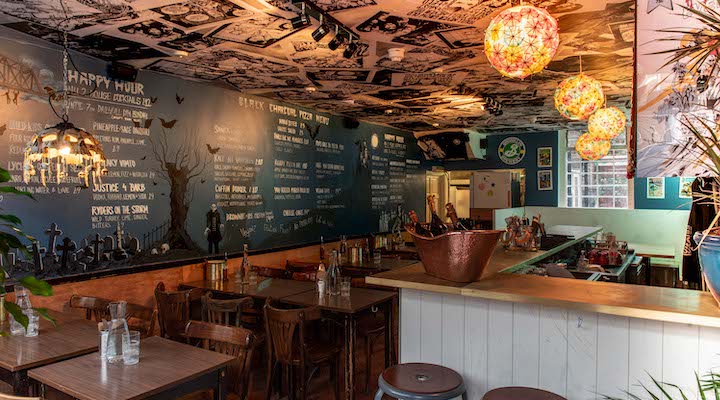 Before commencing this article, I must confess that I am neither vegan nor am I partaking in the Veganuary trend; however as a passionate food lover I am curious to try anything new on the food scene. The High Priestess vegan pizza menu at Lost Boys Pizza in London’s Camden area is just that. Named after the cult 1987 film, The Lost Boys, the quirkiness of this 80s horror throwback themed restaurant is a good a setting as any to embrace the vegan trend.

The new High Priestess menu comprises customisable vegan pizzas and small plates, a range of dedicated vegan dips, alongside spellbinding CBD cocktail serves. The pizzas, named after super-natural tarot are made with black, charcoal bases and given a spritz of CBD (Cannabidiol) oil to finish.

To start we opted for the chips and smokey guacamole (£5), these are blue corn chips with 2 avocados worth of home-made guac. Roasted four skins [not ‘foreskins’, not that we’re not a fan of those too] (£6) were our other starter i.e. four potato skins topped with bbq-norizo, no harm-esan, and ‘sour dream’ sauce.

For the pizzas themselves, we tried The Tower (£10), made with olives, sun-dried tomatoes and topped with rocket, and The Empress (£10), made with tofurkey, peppers, red onions and some vegan cheese as an extra.

There was of course room for vegan dessert, so we shared one of each of the Brownie (£4.50) and Coconut and passionfruit ‘cheesecake’ (£4.50).

From the cocktail menu, we recommend the very sip-able, CBD Martini (£6). 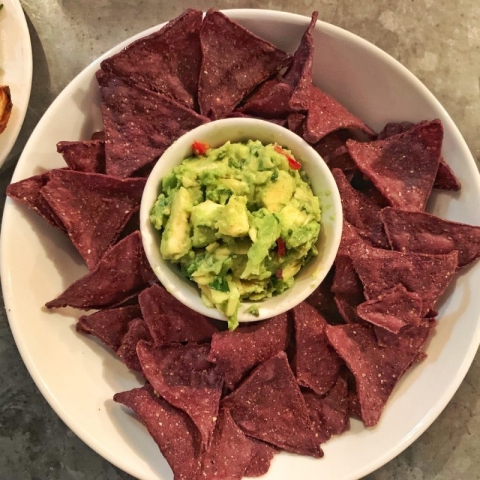 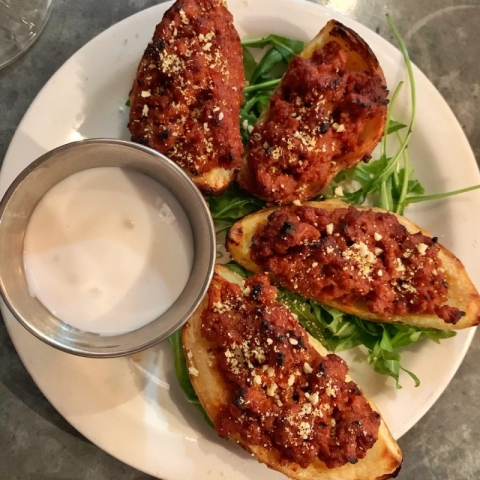 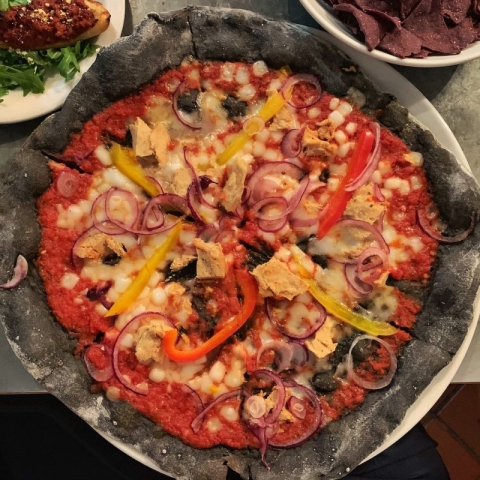 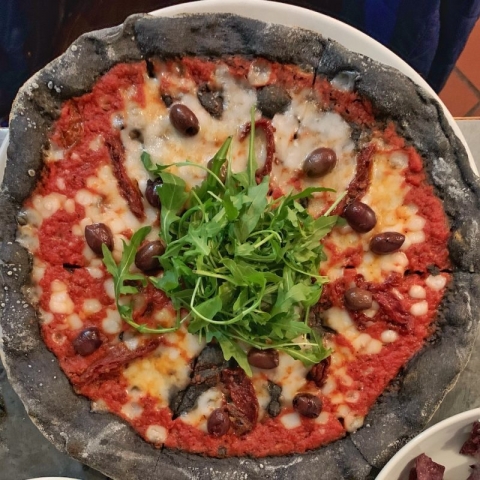 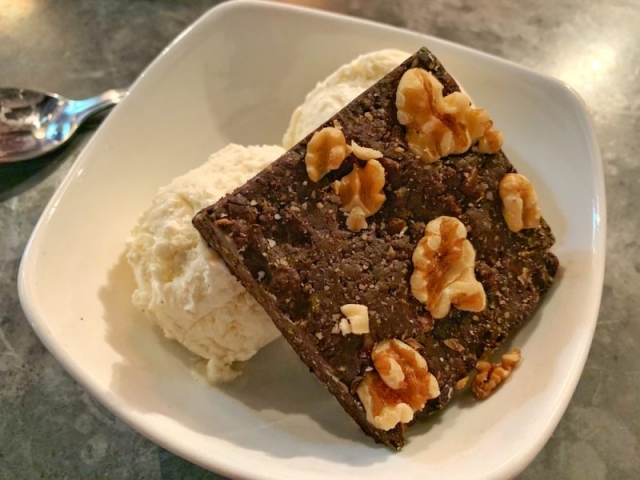 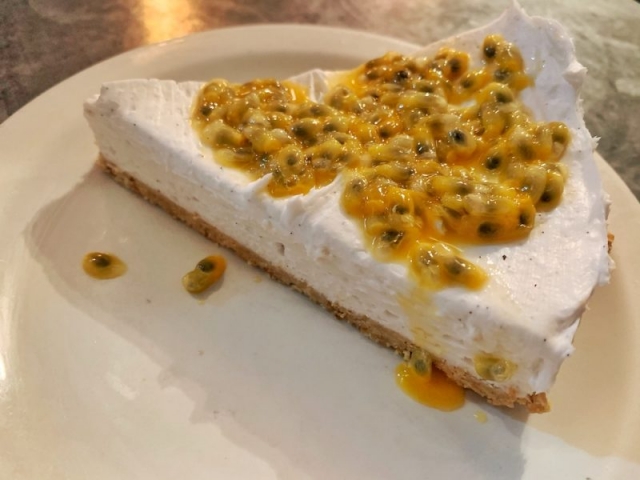 As a meat eater, I did enter the restaurant with my own biases about vegan foods. Whilst I’m not going to discuss meat alternatives, I will say this – the vegan ‘cheese’ on the pizzas, with origin in coconut: delicious, as though it is a product (with no taste of coconut) designed solely to be used atop pizza. The thin and crispy charcoal bases of the vegan pizza retained just enough ‘chew’, and the colour reflected the theme of the venue, which really enhanced the nostalgia.

Desserts were equally a treat, the warm brownie retaining a gooeyness and rich flavour; however the only point to note is that even Mary Berry would be commenting on the soggy bottom of the cheesecake.

The Lost Boys Pizza High Priestess menu offers impressive value – at £32 per person for three courses and 2 cocktails, diners will be hard-pressed to find cheaper vegan menus of equal calibre. Moreover, with gender-neutral ‘whichever’ labelled toilets, this venue is open and welcoming to the LGBT community.

For more information or to book, visit lostboyspizza.com.