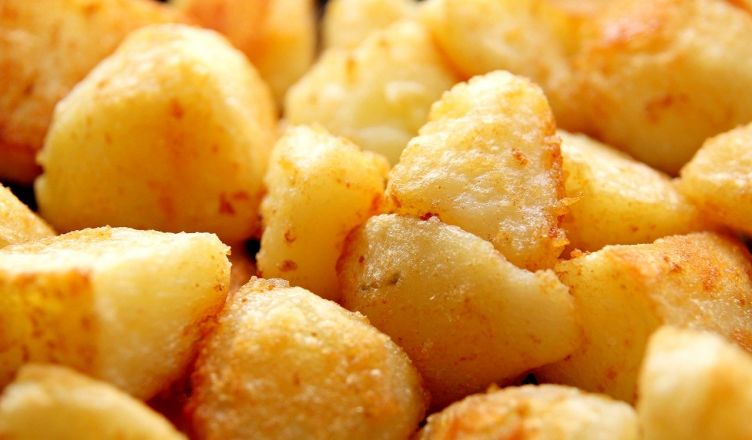 A study of 2,000 Brits revealed 58 per cent of consider roast potatoes to be the best part of a Christmas dinner, followed by roast turkey, which won 43 per cent of the vote.

Pigs in blankets came in a close third, while even Brussels sprouts managed to beat parsnips, cauliflower cheese and carrots in the tastiness ratings, according to 17 per cent of adults. 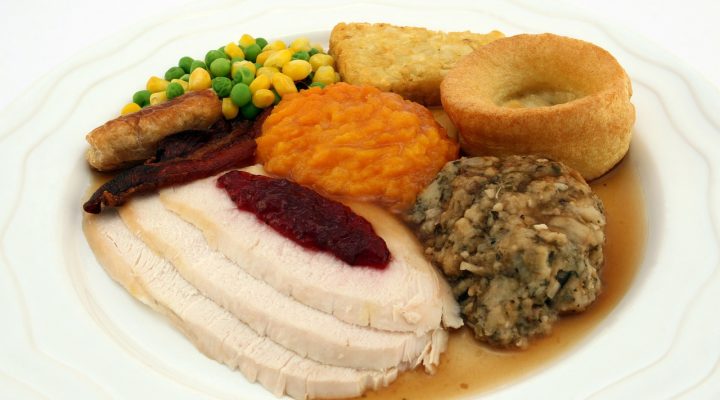 The stats, from McCain’s ‘Nation’s Conversations’ report, also found that despite being a side typically served with beef, one in five agreed Yorkshire puddings are a firm favourite when it comes to Christmas dinner.

The study also found as many as seven in 10 will stuff themselves more than usual on the 25th December.

Almost six in 10 will treat themselves to ‘seconds’ during their festive roast, with turkey, gravy and stuffing among the foods they’re most likely to have another helping of.

In fact, the nation struggle so hard to resist their festive feast that of those who are usually opposed to eating meat, a third will make exceptions and eat meat-based products, such as gravy or goose fat roasties, on the big day.

It also emerged a prawn cocktail is the most popular choice for a Christmas Day starter according to 28 per cent of those polled, while a fifth typically opt for smoked salmon.

And British families will spend just shy of £70 for their Christmas dinner, and slave over a hot stove for four hours.