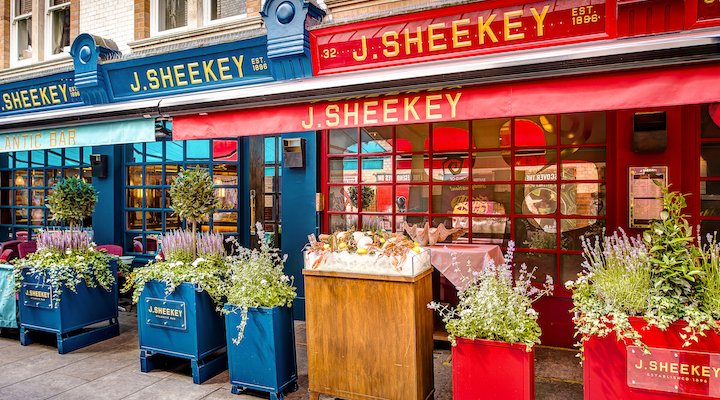 J Sheekey Atlantic Bar is instantly recognisable from the outside design in shimmering turquoise and vibrant raspberry colours. The venue seats approximately 50, between a mix of restaurant, bar, and terrace for those brave enough to dine al fresco. 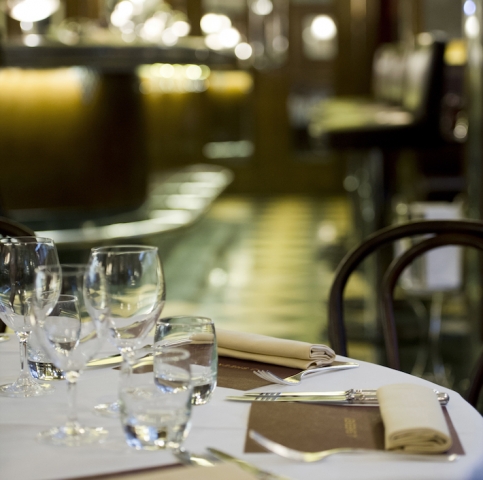 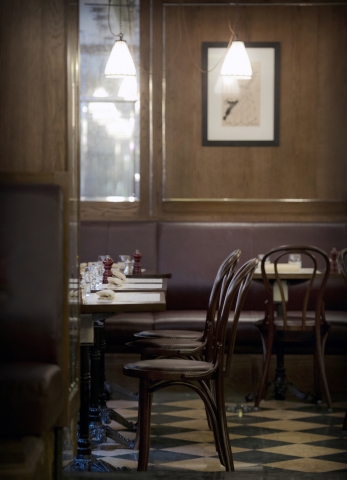 Greeted by the knowledgable, charming (and handsome) staff, we were quickly seated with time to peruse the menu. The small plates lend themselves easily to a pre- or post-theatre meal, which can be extended for a more relaxed repas on weekends. Our table near the open-kitchen meant we were able to watch as food was prepared. Although this trend may seem like an à-la-mode gimmick in the restaurant business, in the case of J Sheekey Atlantic Bar, it provided a few more of those enviable seconds when you know the food being carried is destined for your table.

We started at the bar with J Sheekey’s take on an Aperol Spritz. With one less letter replaced with plenty of gin, the Apero’ Spritz (£11) is made with Prosecco and Aperol with a touch of Beefeater, Agave syrup, Lime and Bitters. 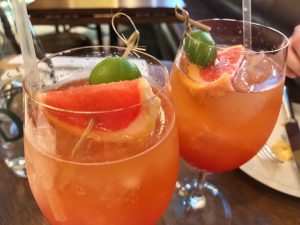 J Sheekey Atlantic Bar, also offers an extensive wine list alongside the small plate menu – ask for the full wine menu if nothing off the shorter a la carte tantalises your tastebuds. Champagnes and sparkling wines are also available.

The sharing-plate style menu at J Sheekey Atlantic Bar means that guests are able to sample more variety from the menu, and scale the size of the meal accordingly. We chose a selection of 6 plates, which was sufficient for two people, asking for the Ahi Tuna Poké (£12.25), served with peppered pineapple, avocado and sesame, and the Atlantic Prawn, Fennel and Avocado salad (£11.75) with orange vinaigrette to arrive first. These were both light, and the tuna fresh and firm.

As for the rest of our selection, the Seared Octopus (£11.25) plated with roasted chorizo, padron peppers and capers and Moroccan Spiced Tiger Prawns (£10.75) served with lemon yoghurt and pistachio impressed. Both visually stimulating with exotic flavour combinations, the latter boasting particular aromatics from cumin and coriander, maintaining succulent the flesh of the crustacean.

The Squid tempura (£10.25) with chilli jam was somewhat disappointing, the squid flesh was overcooked and rubbery and the batter losing structural integrity (i.e. crispness). Perhaps a case of the oil not being hot enough. Clearly the fryer had heated up sufficiently by the time the Smoked Eel and Ham Croquettes (£9.50) were cooked, which were perfectly crisp, and had the subtle eel flavour. We had hoped these would be slightly more intense in meaty eel flavour but were nonetheless moreish. 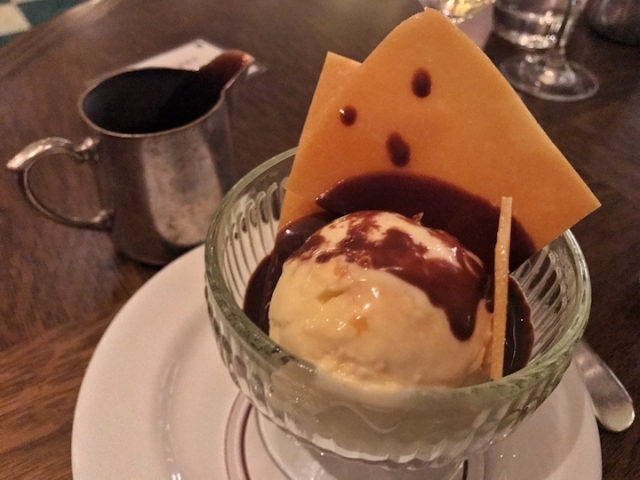 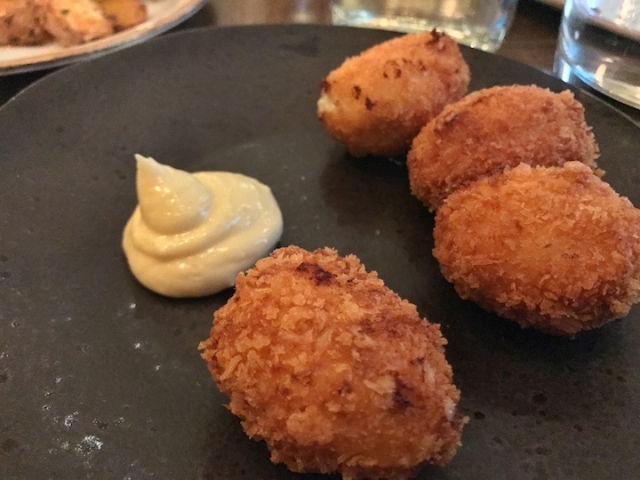 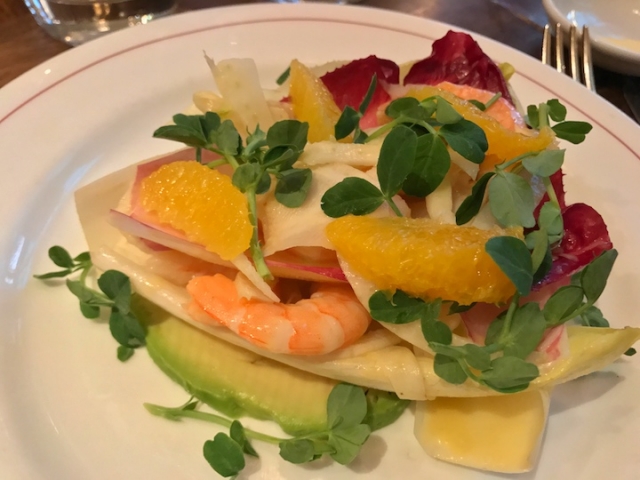 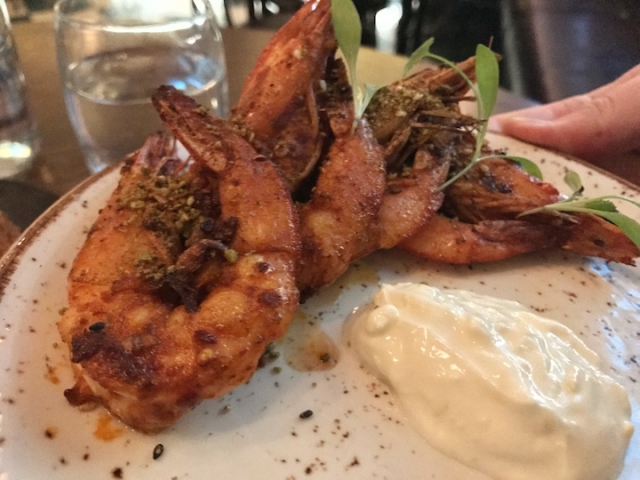 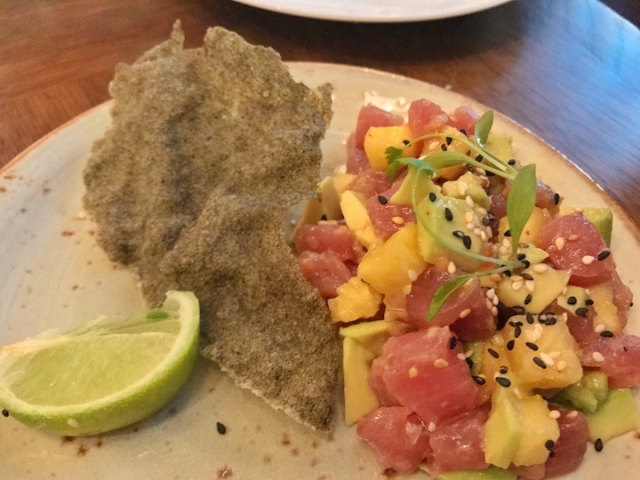 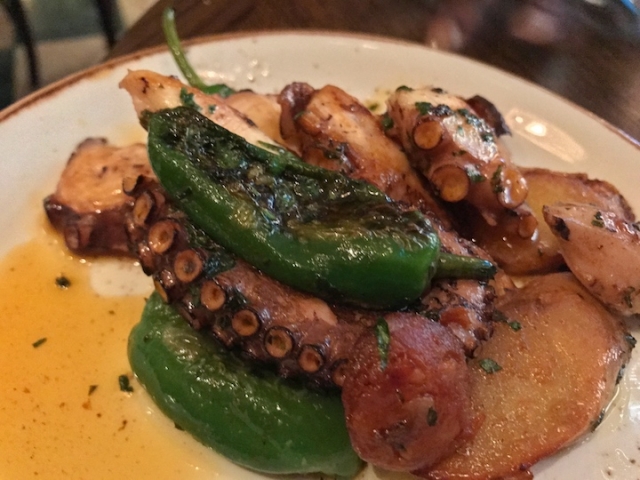 As the menu at J Sheekey Atlantic bar prominently focuses on seafood, there is a compact dessert selection, with in our opinion only three real choices: cheesecake, crumble pie or honeycomb ice cream with hot chocolate sauce (£8) – we chose two generous portions of the latter. The Turkish Delight, and chocolate truffles also available should really just be served with after dinner coffee. Much like tempura earlier, it seems crunch was not in J Sheekey Atlantic Bar’s favour on our visit. Too much bicarbonate of soda had been used, which left an unpleasant aftertaste where there should be none. Putting this aside, the ice cream served with an abundant boat of hot chocolate sauce was a childhood dream re-lived.

For more information and reservations call 020 7240 2565 or visit www.jsheekeyatlanticbar.co.uk.