Melville Castle’s Brasserie Restaurant is a traditional restaurant housed in the cellar of the Melville Castle hotel, just a short drive from Edinburgh. When you enter the grand lobby of the hotel, you’ll find the restaurant down the stairs to the left, past the receptionist. The journey down into the brasseries is intriguing – you’re not quite sure what to expect. And, to be fair, this feeling of anticipation continues until the first course arrives – when you quickly realise all is as it should be.

You see, there’s something quite cottage-like about the brasserie. Or maybe it’s more like a country pub. You can tell from the subterranean location that the brasserie was once a wine cellar. The decor is rustic, and a bit dated, but the open fire is a cosy addition, and there are some brand new taps serving up draught. There are old-fashioned mock oil lamp lights on the wall, which retain their original fittings, and simple painted walls. It could do with a bit of a spruce, but it does feel as if the restaurant is still something of a (gradual) work in progress. This shouldn’t put you off, however, as the food is – quite simply – fantastic.

The menu on offer is traditional, based on British meat and veg, with a wholesome bent but a modest contemporary twist. 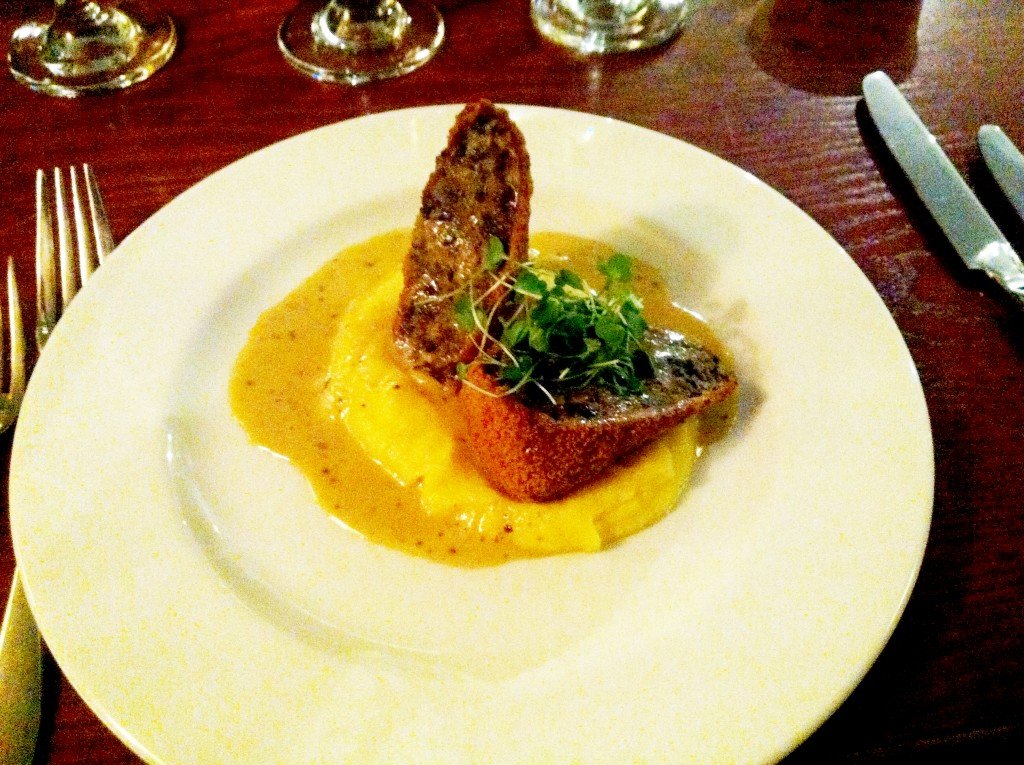 For starter, I tried the haggis croquette. I really enjoyed this: it did remind me of a posh Findus Crispy Pancake, but that was a good thing. The haggis croquette was thoroughly tasty, and the crispy outer crumb was a nice contrast to the moist, meaty haggis inside. 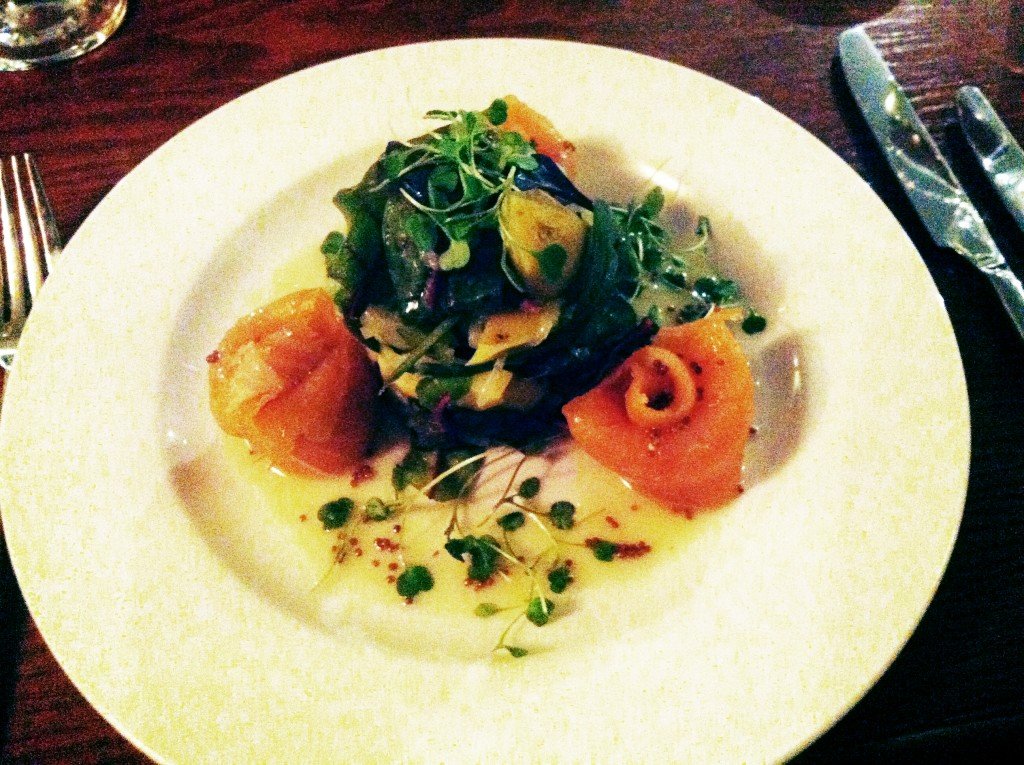 Meanwhile, my dining companion opted for a salmon salad with new potatoes. This was light, fresh and slightly zesty. The presentation was especially handsome. 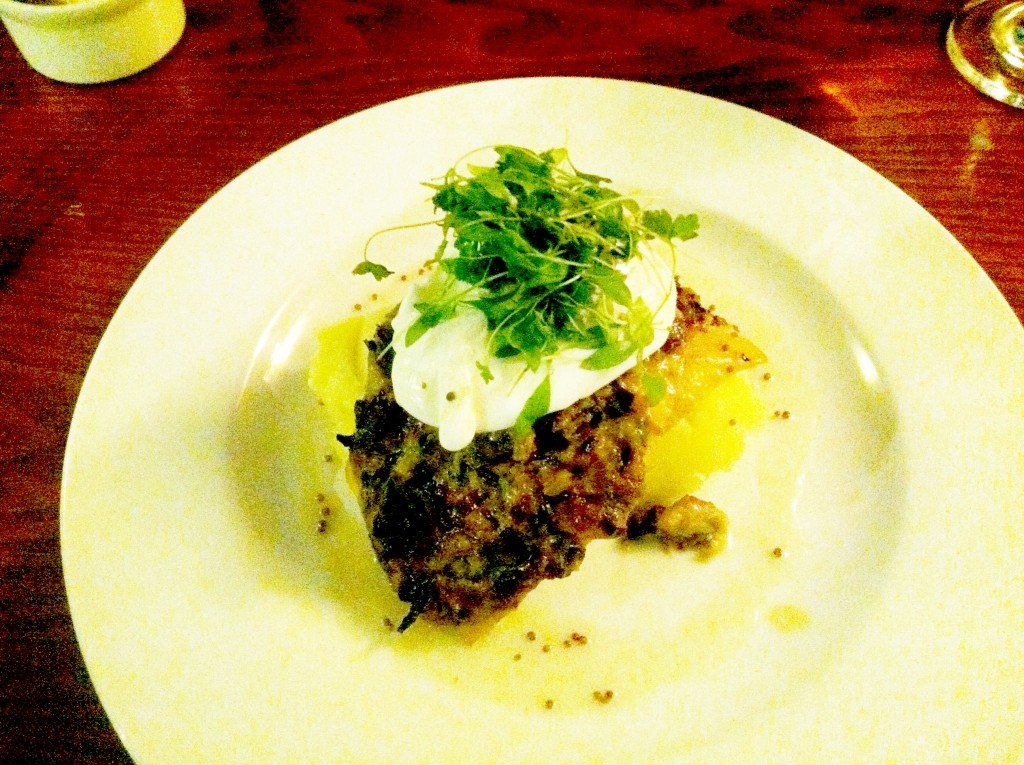 For mains, my dining companion opted for haddock with a rarebit melt, served on creamy mashed potato and topped with a poached egg. This was a fantastic pairing, and the poached egg made for a nice addition. The smokiness of the fish was balanced perfectly by the creaminess of the potato and the texture of the cheese.

We did have a slight mishap with the mains, however. As the table next to us (which had come in after we had) ordered the same mains as we did, the waiter had got confused, and gave them their mains instead of us. This increased the wait for what eventually came, but when we saw the plates put in front of us, how could we complain? Ten more minutes was hardly a bother. 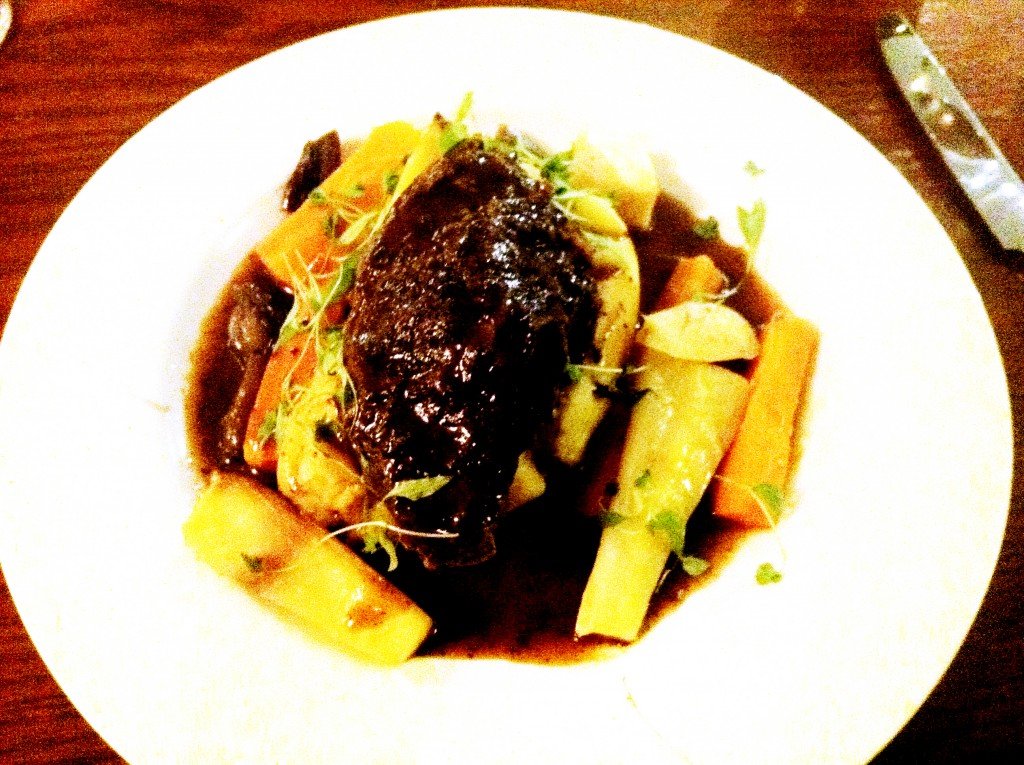 For mains, I tried the slow-cooked beef. This was ridiculously tender and flaky, and fell apart beneath my knife. The nice combination of root vegetables, mashed potato and gravy was safe but still well presented, and was exactly the right accompaniment to the beef. My only minor quibble might be that, as there was more than just a drizzle of gravy, it might best have been served with a gravy boat, so I could control the amount of liquid myself. In general, I normally only like a small amount of gravy – although, in this instance, it wasn’t such an issue – more a pet peeve of mine. 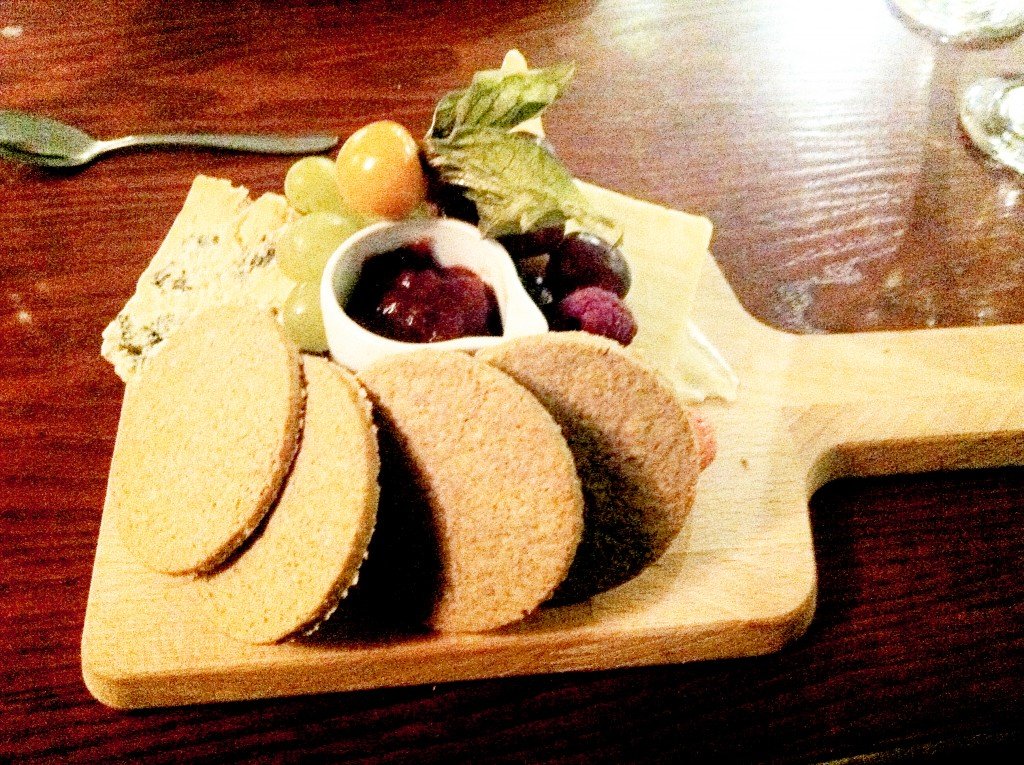 Despite the fact I was thoroughly full, for dessert I selected the cheese board. This was a hefty portion (as you can see), with grapes, chutney and oatcakes. This was delicious and I ate the lot. 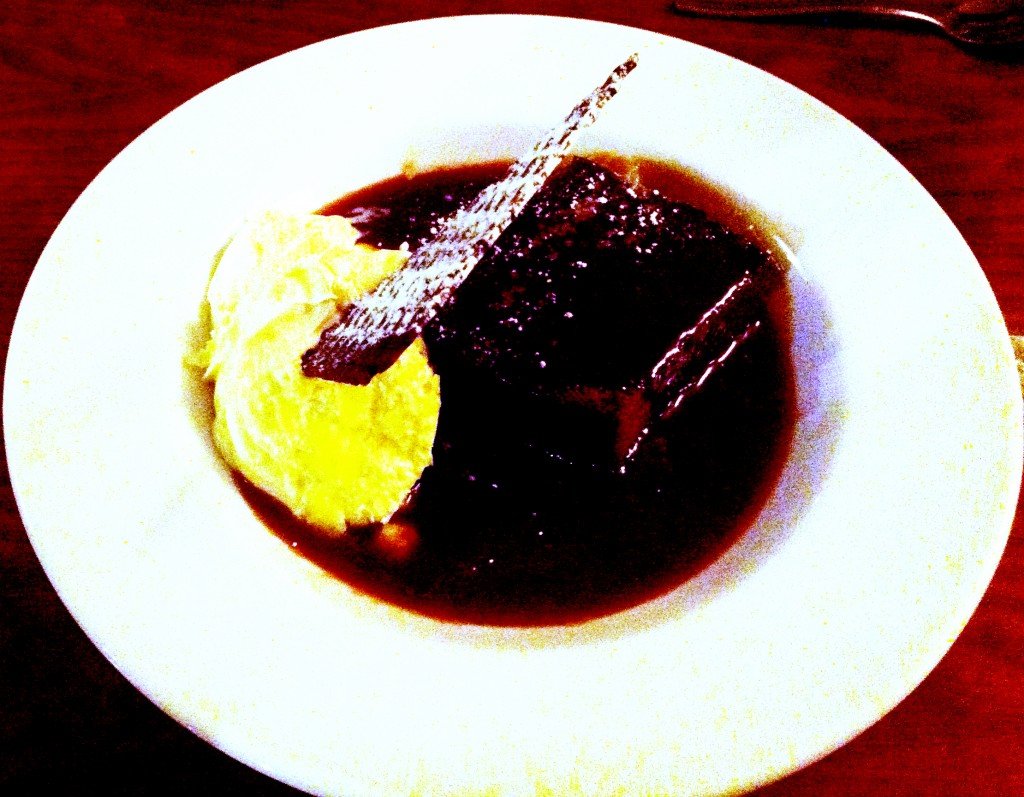 My companion for the evening selected the sticky toffee pudding, which was rich and decadent, and served with a creamy scoop of vanilla ice cream.

All in all, The Brasserie at Melville Castle offered spectacular food, with friend service and a laidback atmosphere. I’d recommend it.