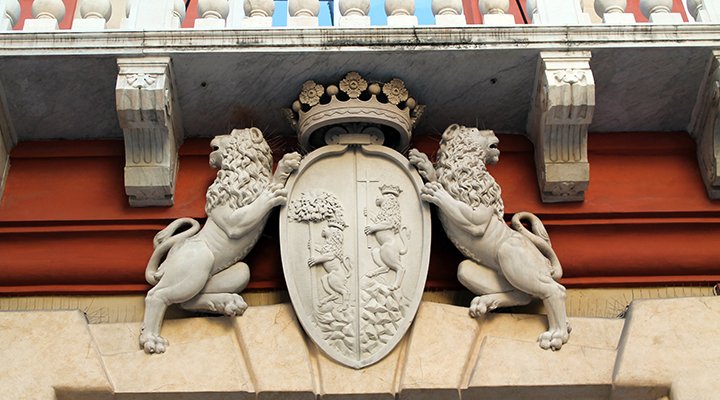 Genoa is, as you’ve probably guessed by now, a treasure chest of a city. From on high, you get a superb glimpse of the various styles sitting side by side in a colourful showcase of the many influences of this grand city. If you can, then, visit Spianata Castelletto to enjoy the panoramic view of the city and the port. The height is a treat, and you’ll see the buildings spilling down the hillside below and reaching up the hillside behind you. The effect is nothing short of magical. You can see right down to the iconic Lanterna, the Renaissance lighthouse built in 1543, which marks the place where Genoa meets the sea beyond. Clever eyes will also see the theatre, many of the palaces and snatches of green where the city’s various gardens bloom on the hillside. 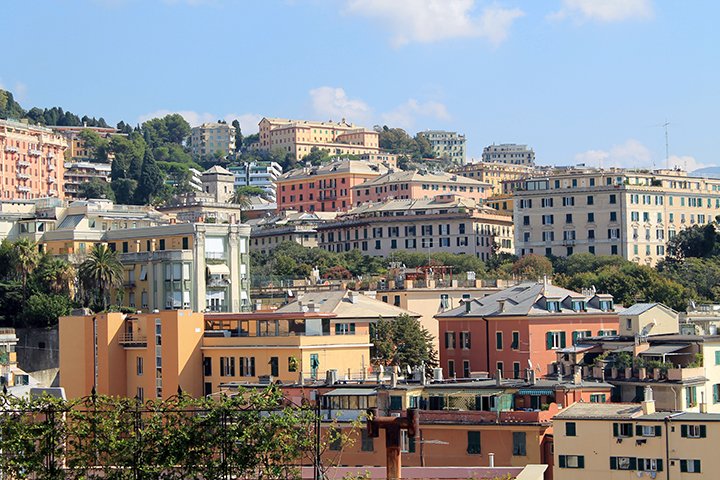 The great thing about Genoa is that it’s very accessible by foot – so long as you don’t mind a bit of a climb. However the ascensores are public lifts that provide vertical transport if you don’t fancy working up a sweat. These lifts are a fun experience in themselves, although the views that can be had as you move into the sky are a feast for the eye.

If you only have time to do one thing while in town, but want to get your fix of local heritage, head to the Musei di Strada Nuova. This is a compact museum network that joins three of the city’s stunning Renaissance palaces: Palazzo Bianco, Palazzo Rosso and Palazzo Tursi. By moving through this single combined museum system, you can learn much about the art and culture of Genoa, while seeing its evolving and complementary architecture.

If you have time, you can get a bus or taxi (about 10 euros) to Genoa’s own seaside village of Boccadasse. This ancient fishing village is as peaceful as the city is bustling, and provides ample opportunity to enjoy an aperitivo on the sea. Here we also ate by the water at Capo santa Chiara (see Food & drink in our third instalment). If seaside is your thing, you can also try Nervi, near to Le Nuvole Antique Residence. Genoa’s most easterly suburb, it is close to the sea and is a perfect place to explore some of the city’s small but stimulating parks. 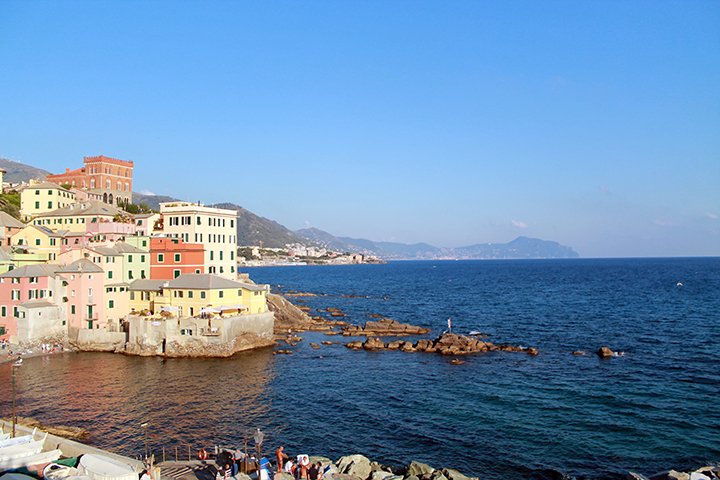 If you want to combine fantastic vistas with history, visit Castello D’Albertis. This neo-Gothic style castle is surrounded by its own handsome garden and is seat of the Museum of World Cultures. It has a unique political and cultural history, exploring some of the city’s own colonial past, as well as looking forwards and outwards, by celebrating other nations around the world.

For another stunning garden, head to the Villa del Principe. This 16th century residence was home of the Admiral Andrea Doria, and features a fountain statue where he stands as Poseidon, looking out towards the Emperor. Dramatic indulgence is the order of the day, but in an Italian garden, that’s exactly what you want! Inside the villa you’ll find no fewer than 11 tapestries, all dating from the 15th and 16th centuries, as well as an important fresco cycle by Raphael’s student Perin del Vaga. If you can spot the Starbucks-esque mermaid inside, open Google and see why this historic house carries the logo of one of Seattle’s biggest exports (hint: the mermaid was of course around long before Starbucks…).

If you’re in the mood for some serious retail therapy, you can do worse than visiting the 32 historic shops identified by the Superintendent of Cultural Heritage. Some of these shops are a couple of hundred years old, and include family-owned garden tool shops (spot the fantastic models in the shop windows), traditional butchers with marble counters galore and some of the best chocolatiers in Europe.

Down at the docks, you’ll find Acquario di Genova. It has the most extensive range of aquatic biodiversity in Europe, with dolphins, rays, sharks, seals and manitees. You’ll also find Galata Museo del Mare, the largest sea-themed museum in the Mediterranean; and the Neptune, a vast replica of a 17th Century galleon ship created for Polanski’s film Pirates and later used in the TV show Neverland.

Other things to check out include the Helmut Newton exhibition at Palazzo Ducale, Genova nel Medioevo at Museo di Sant’Agostino and any of a number of boat tours that cruise through the tranquil waters of one of Europe’s largest ports.

Check back tomorrow for The Vada Guide to Genoa, Part 3.