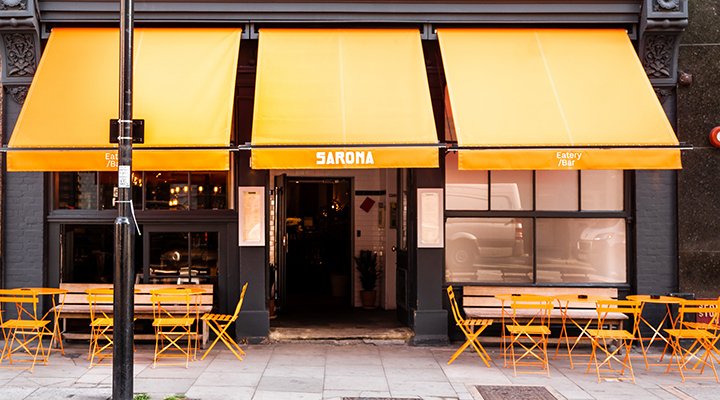 Executive Chef Aviv Lavi recently joined Sarona from Café Hampstead. He brings his trademark eclecticism to Sarona’s new seasonal, produce-led menu. Lavi trained in classical French cuisine before working in Mexico for two years and went on to work in some of Tel Aviv’s most famous restaurants (Sarona is the name of an historic Tel Aviv neighbourhood). However, the menu is a kind of Mediterranean / Middle Eastern fusion, taking inspiration from a myriad of countries spanning Greece, Turkey, Israel, Morocco, Iran, Iraq, Palestine, and beyond. 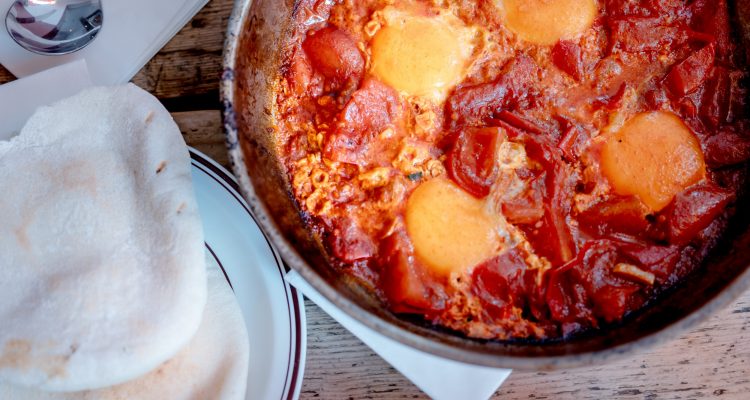 The food is served as sharing plates (I know, I know… but bear with me) which are presented in four categories; ‘raw’, ‘fried’, ‘charred and grilled’ and ‘comforting’. Those of you who follow my food writing will not be surprised that I skipped the ‘raw’ section entirely. We chose four dishes between two to share, which turned out to be quite a feast. My run-away favourite was the unctuous shakshuka (eggs in a spicy tomato sauce); it comes in a gigantic frying pan and is a smoky, rich and satisfying bowl of deliciousness with perfectly cooked soft-yolk eggs (heaven with the handmade fluffy white pitta bread). 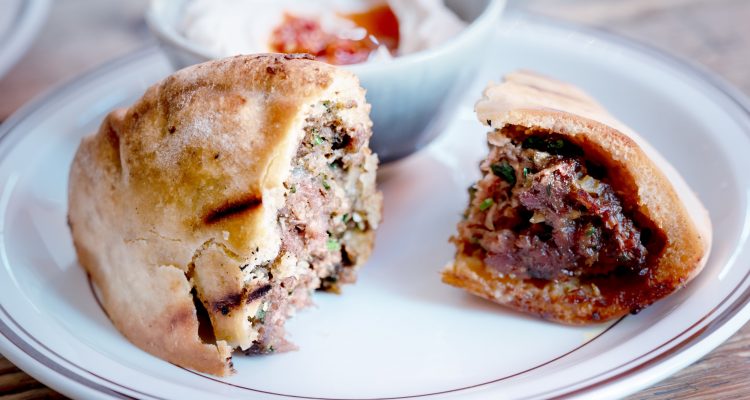 The lamb arayes (a traditional street food of meat in bread) was more like a burger than the small patty or pie I was expecting. It would make a perfect bar snack on its own with a beer, and the accompanying tahini worked well and had a subtle frisson of harissa. 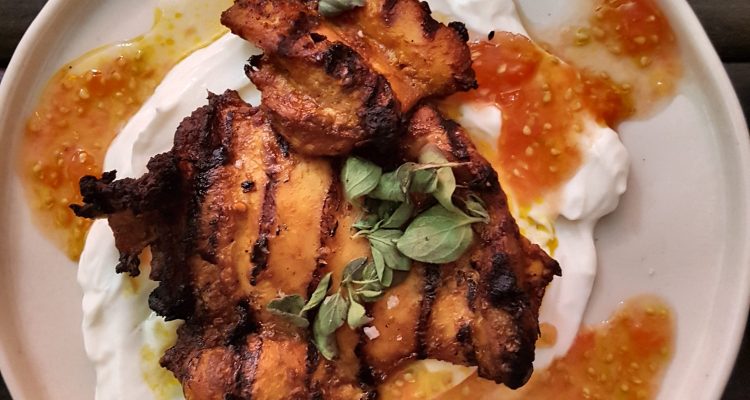 Chicken pargit (thigh) with tangy lemon labneh (a yoghurty cheese) was zingy and refreshing – almost to the point of being astringent (in a good way) – and had a good chilli afterburn. It’s infused with the flavour only a really hot griddle can provide and finished with tomato seeds (don’t knock them until you’ve tried them). One of the most successful dishes was also one of the least beautiful. 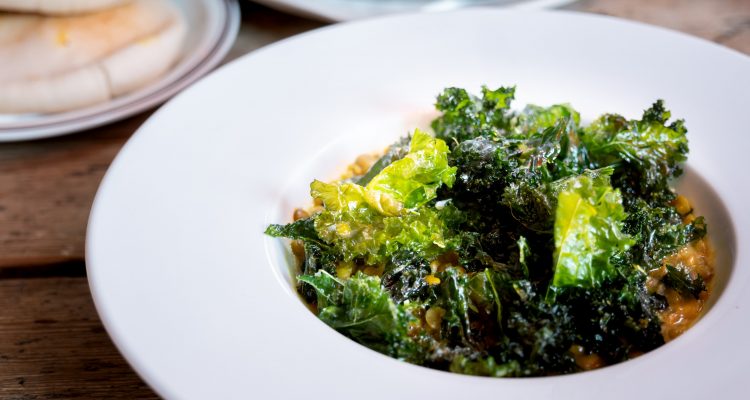 The Moroccan lentil stew was intensely fragrant – the cinnamon really comes through – and felt virtuous yet tasty. The crispy, lemon-doused kale on top saves it from arriving looking underdressed, but it’s still a dish that won’t win any beauty pageants. 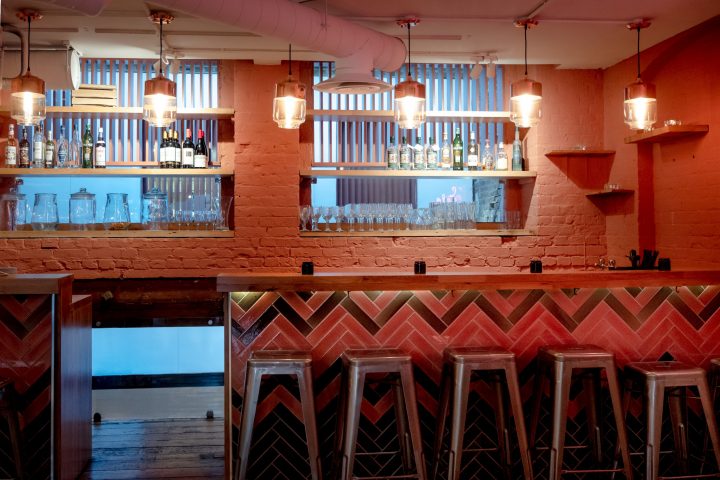 To drink we tried the house red, the 2016 Villa Chavin (although there’s nothing ‘chavy’ about it). It’s an easy drinking blend of Grenache, Carignan and Merlot from the Languedoc-Roussillon region and is rounded and fruity, but with just enough of a spicy kick to stand up to the flavours of the food. 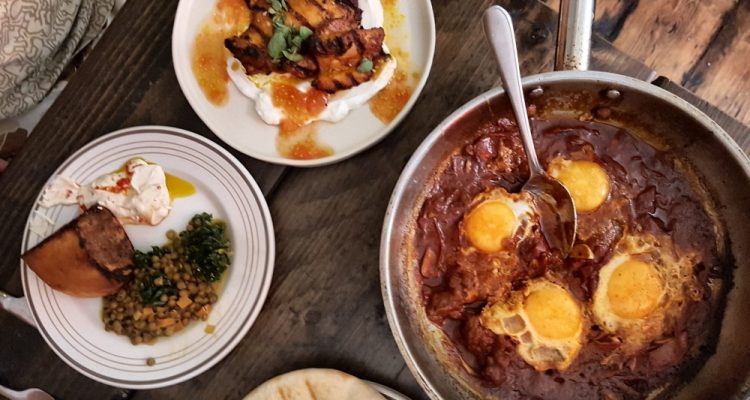 The place is unmistakable on Clerkenwell Road with its bright orange awnings. Inside the mood is intimate and bustling. Think exposed, whitewashed brick walls and raw wood tables and benches, and low lighting courtesy of industrial-style filament bulbs. The airy back section of the ground floor is a light-filled double-height space with larger tables but we opted for the more cosy area close to the bar. It wasn’t rammed mid-week (we visited on a Wednesday) but was still buzzy with a mixed crowd, including local office workers in the design and media industries. A few brave souls were even enjoying there wine outside, unperturbed by the roar of Clerkenwell Road. 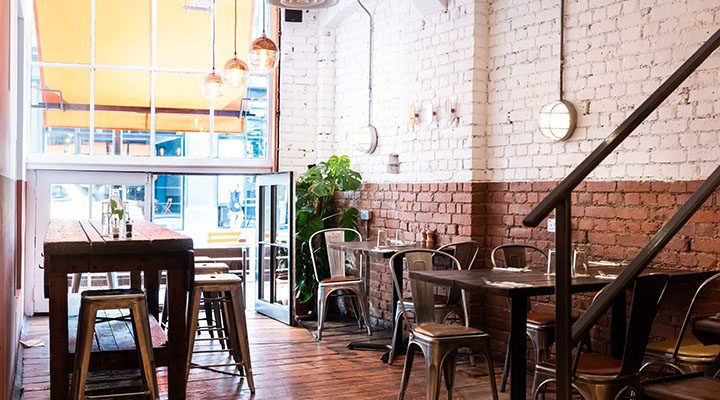 Expect to pay around £30 per person excluding service (based on four dishes to share, pittas and a bottle of house wine).

And… look out for new bottomless Sarone Mezze Brunch launching on Saturday 8 September for just £35 per person. Full details and booking here. 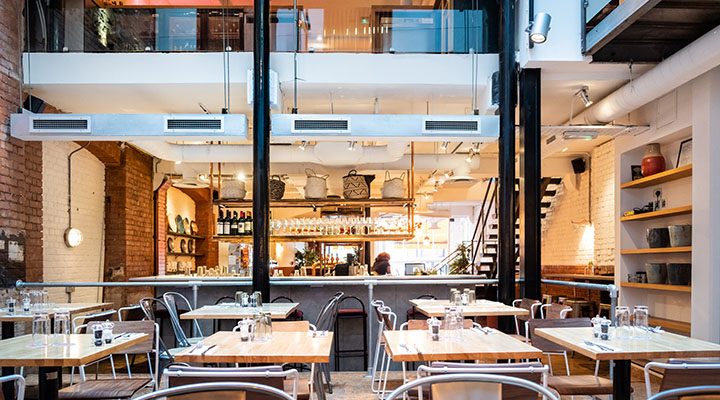 From astringent chicken pargit with tomato seeds to seriously good shakshuka, modern Middle Eastern cuisine doesn’t get much more vibrant and flavoursome than this.