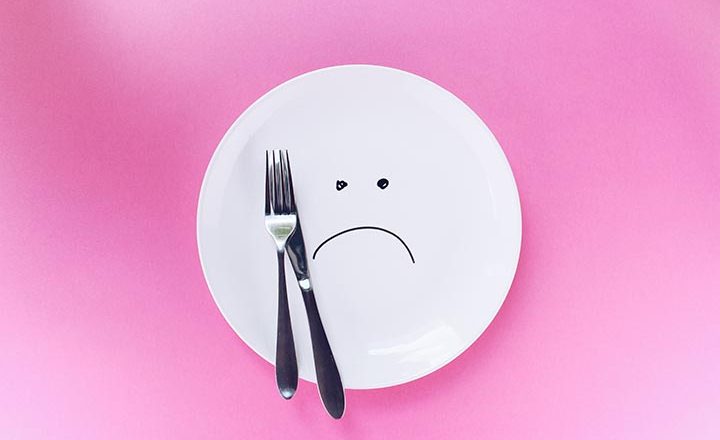 Jamie Bernthal
Jamie is a researcher, would-be-poet, and occasional gay from sunny Norfolk. A PhD student at Exeter University, he’s interested in queer theory and detective fiction. And gin. When he (finally) graduates, Jamie plans to publish sensational, provocative monographs. And to become Taylor Swift. @JCBernthal

So, some Vada readers are in the middle of a thirty-day Maximuscle challenge. Good for them. I try to avoid too much exercise myself, because it can trigger destructive thought patterns and behaviour. Basically, I hate my body. I hate that I’ll never be a model. I hate that I was only nearly a twink. I suffer from body dysmorphia, which means I can’t see my body as others see it.

Body issues have always been a big thing in my life. When I was 13, someone very close to me was given two weeks to live because of anorexia: she weighed just over 4 stone and wasn’t allowed out of the hospital bed except in a wheelchair. She’s ok now (yay!). When I was 18, my boyfriend died after a six years battling anorexia. And I talk to victims or survivors of eating disorders (EDs) every day.

Yes, I can be dramatic, but saying ‘victims or survivors’ is not going too far. An ED is a very serious and often fatal illness. It is also something that never leaves you. If you have an ED, it takes control of you. It tells you to hate yourself. It tells you nothing will ever be good enough. That your body is horrible and you don’t deserve to live in a world full of pretty, thin, buff, thin, popular, thin, valued people.

We do talk about EDs. But I don’t think we talk about them enough, or in the most helpful ways. Here are three things we need to stop saying.

Lie #1: Only women get eating disorders

Err. No. Up to twenty per cent of ED victims are male. The problem is that not many guys admit to having body issues. Be a real man, bro!

Times are changing. I went to see a doctor in 2008 about my eating habits – I’m 5ft11 and weighed 49kg. ‘Boys don’t get eating disorders’, he told me, like a kid chanting ‘A is for apple.’ ‘You’re having a growth spurt, things will balance out.’ Seriously. Now, endless articles appear in newspapers and on the web along the lines of ‘It’s a boys’ issue, too!’ There’s even a charity called ‘Men Get Eating Disorders Too.’

While this is a great step, I think we should be concerned about that word ‘too.’ Of course  the majority of people suffering from eating disorders are women. Women’s bodies are much more policed by the media than men’s are. But saying this issue also affects men connects those men with a ‘woman’s disease’ and suggests that they are different to usual men.

I’m fed up with the media using ‘anorexia’ as shorthand when talking about EDs. This is bad for a number of reasons.

First, it doesn’t educate about their scope or pervasiveness. For example, the most common ED is not anorexia, but bulimia, which is harder to spot because a lot of bulimic people are not underweight.  Celebrities have bravely spoken out about their struggles with EDs. Lady Gaga, Princess Diana and Portia de Rossi all talked about suffering from bulimia but most press reports concerned their ‘struggles with anorexia’.

Second, this sets up anorexia as the ultimate or ‘real’ ED. A lot of people who binge and purge feel inadequate enough and idolise ‘self-control’ in anorexic self-starvers. The regularity of that word, appearing alongside images of glamorous celebrities, makes it sound like that is the thing that links the rich and beautiful. And – ta da! You’re like, ‘what if I were anorexic… then I’d be loved…’ Uh oh.

Third, it erases other EDs, such as compulsive over-eating. When John Prescott told the world that he had an eating disorder, the world basically laughed at him because he’s not thin. Hello, narrow definitions. Hello, altar of wastedness where the western world worships.

Look, there’s nothing sexy about spending hours with your head down the toilet before going out. I’ll never forgive Seth Macfarlane for his obsession with the idea that all fit women stick their fingers down their throats. It’s the most done-to-death ‘gag’ (geddit?) on Family Guy and American Dad. At this year’s Oscars he said to all the ladies who’d ‘given themselves the flu to get here’ that it was clearly worth it. What the fuck is he telling us? What the fuck is he normalising?

We need more famous role models. Like, honest ones. Men with body issues! Women without any! A-listers are definitely reading this article – so, go on, talk.

It is great when celebrities make that undignified step, telling fans and the world’s cameras what they’ve been through (*bows to Britney*). They always say they’ve got through it, and that’s inspiring. Except that half the time they’re still ill and it just sends home a message that you need to lie.

Look, gays – if the body beautiful is meant to worshipped, it’s not meant to be normal. But hey – Lady Gaga is so ahead of me on this.

Jamie is a researcher, would-be-poet, and occasional gay from sunny Norfolk. A PhD student at Exeter University, he’s interested in queer theory and detective fiction. And gin. When he (finally) graduates, Jamie plans to publish sensational, provocative monographs. And to become Taylor Swift. @JCBernthal

View all posts by Jamie Bernthal →

One thought on “Three Lies About Eating Disorders”