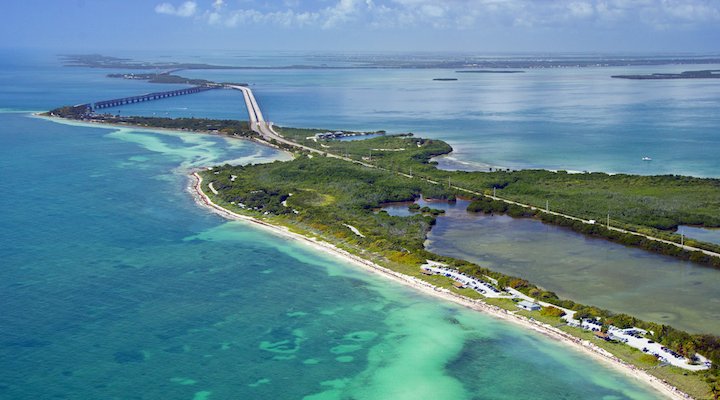 Florida Keys and Key West Pride week runs from today (7 June) through to 11 June. Key West Pride is in a small town and the parade has a small town feel, but with big surprises. Key West knows how to throw a parade, as reflected in the progress & improvement of legal rights of the LGBT citizens, since the election of the 1st openly gay Mayor in the US, Richard Heyman, of Key West where the official motto is ONE HUMAN FAMILY!

Navigate nature trails: This 2,805-acre park in the northernmost Florida Keys is among Key Largo’s treasures, with one of the largest tracts of West Indian tropical hardwood hammocks in the U.S. Explore its six-plus miles of paved trails by bike and keep a lookout for some of the 84 protected species of flora and fauna including the Key Largo woodrat, American crocodile, wild cotton and mahogany mistletoe. Park entry costs $2.50 (less than £2) per person.

Explore a living coral reef: America’s first undersea park encompasses about 70 nautical square miles and is famed for its scuba diving, snorkelling and glass-bottom boat tours of the Keys’ living coral reef – the only one in the continental United States. Divers can discover an underwater jungle and the Christ of the Deep statue, while visitors who prefer to explore above the surface can navigate 2.5 miles of marked mangrove wilderness by kayak. Park entry costs $8 (less than £6.50) per vehicle.

Play palaeontologist: Formed by fossilized coral known as Key Largo limestone, until the 1960s the park operated as a quarry producing the decorative Keystone used in building the Florida Keys Over-Sea Railroad in the early 1900s. Today visitors can walk along eight-foot-high quarry walls to see cross sections of ancient coral and learn about the park’s historical importance. Park entry costs $2.50 (less than £2) per person.

Step back in time: This 287-acre park, with virgin tropical hardwood hammock, offers a rare look at island-style living in the Upper Keys in the 1930s. Purchased by wealthy Miami chemist William Matheson in 1919, today the park is accessible only by private or tour boat. Visitors after a water-based adventure can rent a private boat or kayak from nearby Robbie’s Marina and head for Lignumvitae, where guided tours are offered from December through April. Park entry costs $2.50 (less than £2) per person.

Uncover a hidden gem: Accessible only by boat, this remote eight-acre island off the coast of Islamorada was developed in the 1800s by wrecker John Jacob Housman. From there, he operated a lucrative business that salvaged cargo from shipwrecks. The island was once the Keys’ second largest community after Key West. Today visitors can reach the park by renting a private boat or kayak from Robbie’s Marina and on arrival can swim, sunbathe, hike to an observation tower and navigate a self-guided interpretive tour. Park entry costs $2.50 (less than £2) per person.

Discover a submerged shipwreck site: This underwater archaeological preserve is home to submerged shipwreck, the 287-ton San Pedro, a Dutch-built ship that sank in a 1733 hurricane. The ship’s remains were discovered in 1960 at Hawk Channel south of Indian Key. At the 18-foot-deep underwater park, snorkellers and divers can explore San Pedro’s remaining ballast stones, replica cannons and anchor. Park entry is free. 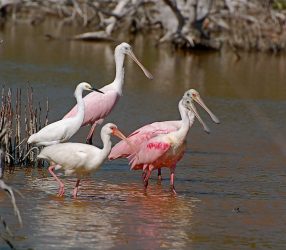 Spot rare bird life: Located near the town of Layton, the park was the site of railroad magnate Henry Flagler’s Long Key Fishing Camp in the early 20th century. Today it offers oceanfront campsites and its 1.1-mile-long Golden Orb Trail leads visitors through five nature areas that are popular for birding. Along the trail, white-crowned pigeons and rare Key West Quail Doves can be spotted. Park entry costs $4.50 (less than £3.50) per person. 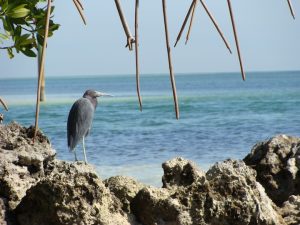 Try windsurfing or kayaking: The largest uninhabited parcel of land between Key Largo and Big Pine Key, the park features a beautiful mangrove creek and miles of pristine coastline that preserve essential Keys native ecosystems including mangrove swamp, rockland hammock and seagrass beds. Its secluded protected waters can be easily explored by kayak or paddleboard – and, when windy conditions arise, the park’s oceanfront is a popular spot with windsurfers and kiteboarders. Park entry begins at $4.50 (around £3.50) per person. 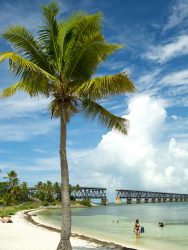 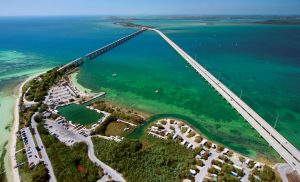 Swim at award-winning beaches: Families looking for inviting beaches, soft sand, warm shallow water and excellent snorkelling should stop at the Lower Keys’ Bahia Honda to explore Calusa and Sandspur beaches. Visitors to the park can also view the old Bahia Honda Rail Bridge, built by Henry Flagler, and enjoy panoramic views across the surrounding tropical waters. Nature lovers should keep eyes peeled for sea turtles, including the hawksbill, and sea wading birds and shorebirds. Kayaks and bikes are available for rent and daily snorkel trips are run to the nearby reef at Looe Key. Park entry costs $8 (less than £6.50) per vehicle. 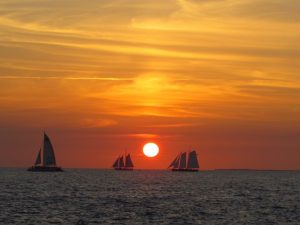 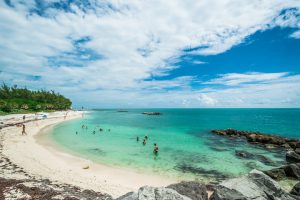 Visit a National Historic Landmark: Florida’s southernmost state park is Key West’s favourite beach park and is known for its excellent snorkelling, swimming and nature trails. The fort itself was built from 1845 to 1866 as one of 47 forts designed to defend America’s southeastern coastline. Named after President Zachary Taylor, it played important roles in the Civil and Spanish-American Wars. It was designated a National Historic Landmark in 1973 and guided tours run daily. In addition, active coral restoration efforts are being undertaken onsite by Mote Marine Laboratory with the aim of planting over 5,500 corals beyond a breakwater off the park’s beach. Visitors can view the coral during a snorkelling session and kit is available to rent at the park. Park entry costs $6 (less than £5) per vehicle.

For more information on the Florida Keys and Key West visit fla-keys.co.uk