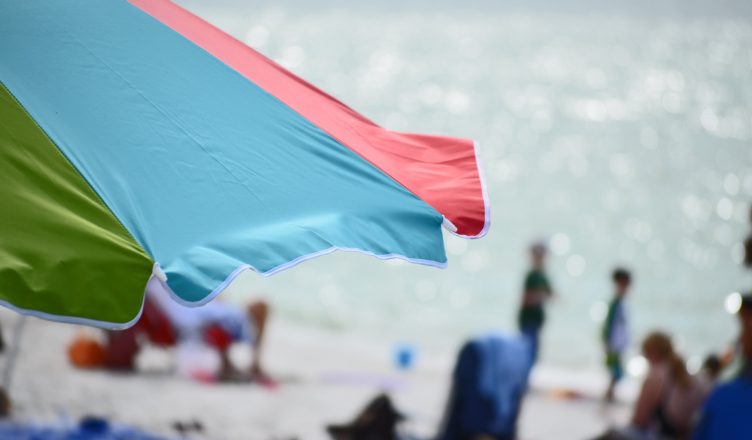 Home to award-winning beaches, two brand-new unique hotels, a thriving food scene and with new flight options to Tampa and Orlando, it’s now even easier to visit this must-see destination.

With an average 361 days of sunshine per year, St. Pete/Clearwater is a fantastic winter destination for Brits looking to escape the cold.

1. There’s loads of sunshine, with balmy temperatures – even in the winter

St. Pete/Clearwater is renowned for its sunshine and currently holds the Guinness World Record for the longest run of sunshine days, at a massive 768!

In 2018, Clearwater Beach was named America’s #1 Beach and the World’s #7 Beach in TripAdvisor’s Traveller’s Choice Awards.

St. Pete Beach, just a 40-minute drive south along the Gulf Coast from Clearwater, also ranked in the US top ten, coming in at America’s #7 Beach.

Both beaches offer something a little different from one another. At Clearwater Beach, set up your deckchair on the white sand and watch the yachts sail past with dolphins following in tow, then head to Pier 60, which has free nightly sunset celebrations featuring artisans, crafters, and local street performers. It’s a fantastic way to end the day in a truly picturesque location.

Down the coast, St. Pete Beach is all about hitting the water – whatever your preference, you can take part in a variety of water sports including parasailing, kiteboarding, stand-up paddle boarding, windsurfing, and jet skiing.

3. There are two new hotels that are truly unique
St. Pete/Clearwater has an abundance of accommodation to choose from, from the 1920s gem that is The Don CeSar to sleek, modern new builds such as Wyndham Grand, with views across the Gulf Coast. Two new hotels that need to be on everyone’s radar are the recently renovated Fenway Hotel and The Belleview Inn.

Fenway Hotel
Having recently opened in October 2018, the newly-renovated Fenway Hotel is like no other. Originally opening in 1927, the Fenway Hotel is an icon of the jazz age.Following a $30million renovation inspired by the hotel’s unique history as the home of the first radio station in Pinellas County in 1925, the new Fenway Hotel embraces the past with a modern feel. The Hi-Fi rooftop bar boasts stunning views overlooking the state parks of Honeymoon and Caladesi Islands, and the HEW Parlow and Chophouse restaurants pays homage to the initials of the original architect, Hewman Everett Wendell.

The Belleview Inn
The Hotel Belleview opened its doors for the first time in 1897, and featured 145 rooms, a horseracing track, and bicycle track. By 1924, significant expansion meant that Hotel Belleview was the largest occupied wooden structure in the world. But the hotel closed its doors in 2009.

After several years of deterioration and a decision to demolish it in 2015, a portion of the 1897 structure was saved and relocated. Now, due to reopen in December 2018, The Belleview Inn will offer a 35-room boutique hotel combining the opulence of founder Henry Plant’s original vision – including the original Tiffany stained-glass windows, guestroom doors, fireplaces and grand staircases – combined with modern amenities. Guests can also visit the neighbouring Belleair Country Club, which has two 18-hole golf courses, a driving range, practice chipping and putting greens, a full-service Pro Shop, and full-time PGA Golf Professionals dedicated to teaching golf to all ages.

4. The foodie scene is booming
With a melting pot of cuisines in an ever-expanding foodie heartland, St. Pete/Clearwater is a hub for any food lover. The latest opening in downtown St. Pete is The Peabody, a 4,000-square-foot space that pays tribute to its roots – a 19th century-built George Peabody Library – with more than 7,000 books, in floor-to-ceiling shelves lining the restaurant.

Other restaurants to note are the multi award-winning dining establishment, The Mill; small plates and ramen specialists Ichicoro Ane; fresh seafood and beach views at Palm Pavlion; boat drinks and delicious locally-sourced fish at Trophy Fish, and Italian-inspired fresh produce at Farm Table Cucina – to name but a few!

And for those not keen on their meats and fish, fear not! St. Pete/Clearwater isn’t just a foodie paradise for carnivores, as the city ranked #3 in Wallet Hub’s 2018 list of U.S destinations with the highest percentage of restaurants serving vegan and vegetarian options!

5. It’s now easier and more affordable to get there
St. Pete/Clearwater is just 90 minutes from Orlando Airport, or 30 minutes from Tampa Airport. Since October 2018, low-cost airlines Norwegian and WOW air have announced new routes to Tampa (now in operation) and Orlando (launching 18 December) respectively, meaning that getting to St. Pete/Clearwater is now easier and more affordable than ever!