Sabi Phagura
Sabi Phagura is a health, fitness, travel and lifestyle journalist with over 14 years experience in both print and broadcasting media. With Luxurious Magazine, Sabi has travelled the world and experienced some of the finest things that it has to offer. Sabi is an eager and enthusiastic journalist, regularly finding unique and exciting destinations. She always creates articles that showcase the subject in the best light via her wealth of knowledge in the luxury travel and dining sectors.

Wellness is a buzzword we see often nowadays but what does it mean? Is wellness lounging around in a fluffy bathrobe at a spa, laying face-down having massages, or relaxing by the pool? A recent visit to the Auvergne Rhone-Alpes made me realise wellness here is beyond just a trip to the spa. It’s a way of life.

The challenge to be and remain in good health is ever more prevalent in today’s society. And in the Auvergne Rhone-Alpes region, combing old thermal methods with new innovative ones, is the way forward to reach optimum health. Combine that with the area’s landscape of mountains, lakes and greenery, one can expect to be in an emotional bliss.

In the Auvergne Rhone-Alpes region expect to be filled with calm and tranquillity from arrival at the medieval fishing village of Yvoire. Perched between the ‘small lake’ and the ‘large lake’, it was pure pleasure to begin our trip here and be able to stroll through the narrow streets and onto the waterfront. Each corner we turned, history unfolded before us with its architecture, stone houses, and church of St Pancrace dating back from the 11th century. With its beautiful floral displays, it’s no wonder it has been part of the association of the Most Beautiful Villages in France for the last 30 years.

RELATED ARTICLE  Spa review: Double Up Spa Day at The Spa at The Midland, Manchester

The Five Senses Gardens, huddled in the heart of this medieval village, is a living work meticulously carved over 30 years. It has been resurrected to pay homage to the abandoned land when monks lived here. Visitors can easily lose themselves for hours in here as they meander through its maze with more than 1300 plant varieties growing here over the seasons. The gardens are divided into sections, one for each of the senses (hence its name) discovering the Alpine Meadow, the Woody Undergrowth, and the Garden of Taste. But it was the Cloister that fascinated the most. Monks in the Middle Ages treated all kinds of illnesses and developed valuable herbal remedies. It was here they cultivated their medicinal plants. A place for prayer and meditation, the cloisters were usually surrounded by a stone gallery.
Identifying herbs through their smell here is amazing – they actually smell like what they are supposed to as opposed to the dull smell of them once they arrive in our local supermarkets. The rosemary was so amazingly fresh, it made me want to take it home to experiment with in my kitchen. It’s therefore not difficult to understand why the garden is aptly named the Five Senses Garden.

Everyone knows about its natural spring, but Evian has an abundant of resources which make it special. There are mountains in the background with hill walking routes, offering a feast for the eyes and mind and in the foreground you have Lake Geneva with its relaxed banks and beeches for everyone to enjoy. And then in the centre is Evian.

RELATED ARTICLE  Review: The Gym at The Midland

Today 50 bottles of Evian are drunk every second in more than 140 countries throughout the world. Evian’s virtues were first discovered in 1790 with its Cachat spring even though it had been around for centuries. The Cachat Mineral Waters SA society was created some 70 years later and the small town changed its name to Evian-les-Bains to promote its rise as a spa town, adding a further three springs. All this helped make the town the famous spa town it is known as today.

Evian saw the potential of this popular spa town and has been offering spa treatments using the therapeutic benefits of the water of this area. Visitors can expect all the usual treatments offered by spas and then some. The Cryotherapy session being one of them not for the faint hearted. This particular treatment uses super cold (-170ºC) water temperature to produce an anti-flammatory effects on the entire body. The treatment only lasts two-to-three minutes but will feel like an age at those temperatures! 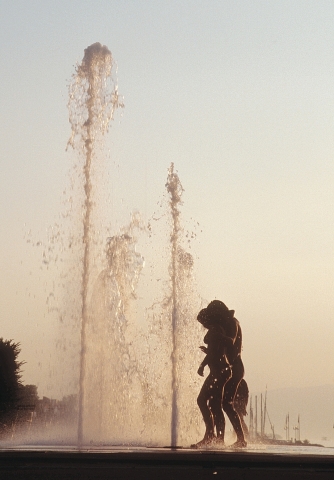 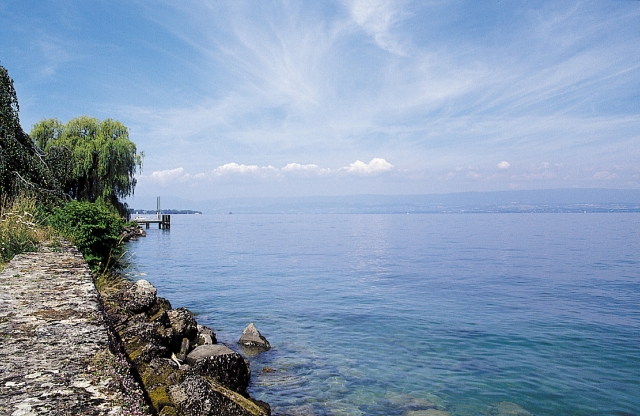 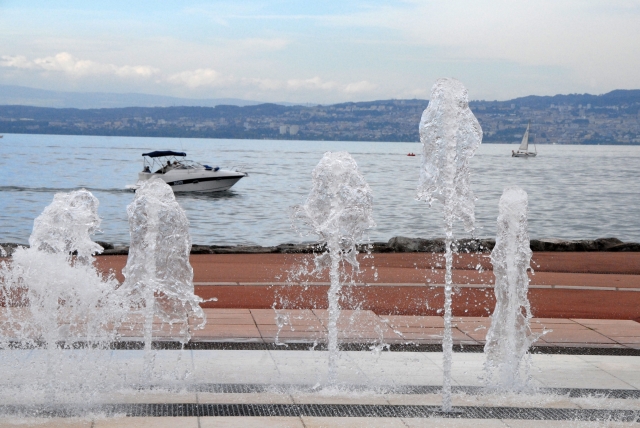 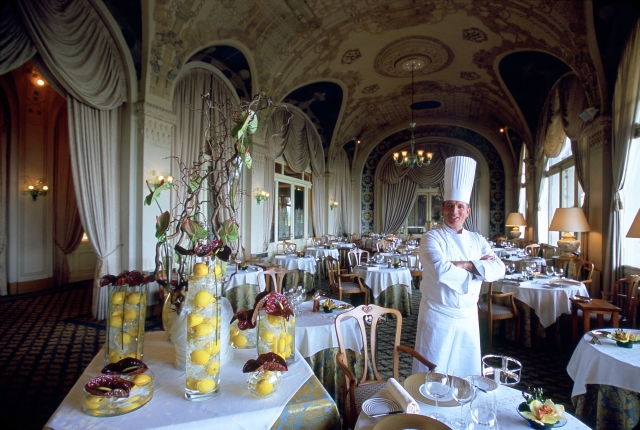 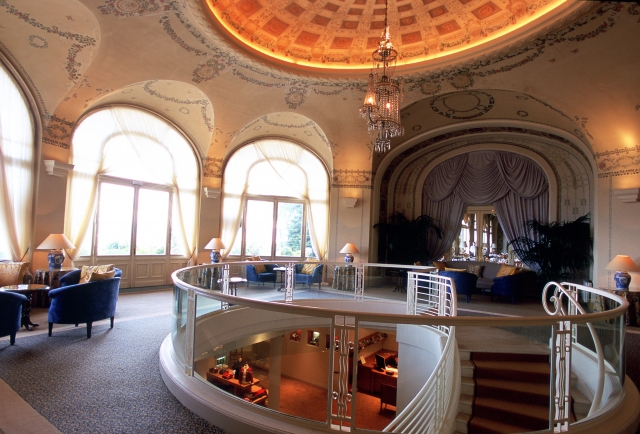 Moving swiftly from Evians-les-Bains to Saint-Gervais-les-Bains (next to Chamonix, for skiers reading) and we found ourselves in the territory of the highest mountain in Europe, Mont-Blanc. Known primarily for the ski resorts, Saint-Gervais-les-Bains town centre offers plenty more: from a baroque church (church of Saint Gervais which has been completely renovated), to pretty villages, and from plenty of cosy places to eat and drink to the Les Bains du Mont-Blanc spa. Currently undergoing a major refurbishment by the L’Oreal group, this spa – the only one in the Alps – has been based here since 1806. The Saint Gervais-les-Bains waters are seen as a ‘natural serum’ because they draw their properties from the heart of the Mont-Blanc mountains. It was an incredible shame we weren’t able to use the three-hour spa circuit, which is still open, due to lack of time rather than by choice. The place emitted tranquillity not least because of the spa but the mountains.

RELATED ARTICLE  Morzine and Les Gets: The 'Rising Sun' of the French Alps

Spas should be available to everyone and not just the elite few and in the Auvergne Rhone-Alpes so there are spas accessible to a smaller budget To experience a different type of spa we arrived at the Lechere-les-Bains which is 440m above sea level. Checking in at Resort Hotel Le Rediana, we had direct access to the thermal spa O des Lauzes, a 16,000 sq ft centre dedicated to wellness. It may be more gentler on the wallet, but this spa by no means cut corners on their customers’ comfort.

Nourishing from the outside in is taken seriously here and a ‘Light Legs Menu’ is offered at the hotel’s art-deco restaurant Radian. Meals incorporate ingredients with known health benefits such as turmeric, garlic and green tea. We were served a three-course meal that left us full and satisfied. The free-range chicken with turmeric and side of mashed sweet potatoes, garlic and onion was simply divine. It was just the ticket after a long day travelling and exploring three spas in one day!

Admittedly I have become younger in appearance in the few days I travelled around the spas of Auvergne Rhone-Alpes but my attitude to living life at a slower pace certainly did. We’re forever rushing around but we must take regular stops to take it all in. Evian’s slogan ‘Live Young’ is quite apt. It’s a state of mind, seeing the world half-full, forgetting your problems, making the most of life and savouring the little things.

The trip was jointly hosted and sponsored by Auvergne Rhone-Alpes Tourisme, Savoie Mont Blanc and Atout France. For more information about any of the locations mentioned and for inspiration for a trip, visit auvergnerhonealpes-tourisme.com.

Sabi Phagura is a health, fitness, travel and lifestyle journalist with over 14 years experience in both print and broadcasting media. With Luxurious Magazine, Sabi has travelled the world and experienced some of the finest things that it has to offer. Sabi is an eager and enthusiastic journalist, regularly finding unique and exciting destinations. She always creates articles that showcase the subject in the best light via her wealth of knowledge in the luxury travel and dining sectors.

View all posts by Sabi Phagura →