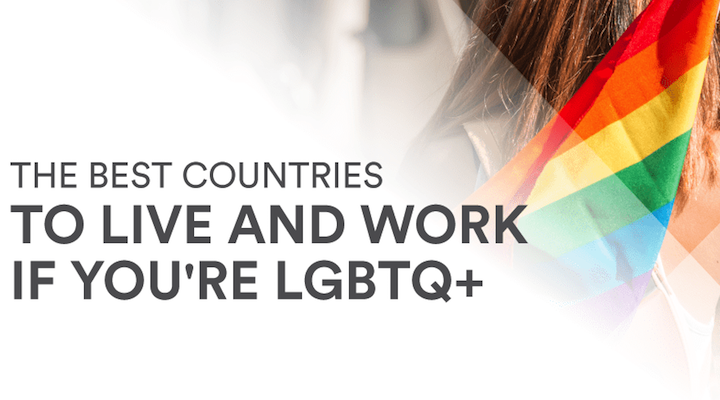 Depending on which country you’re reading this from you may have a different view on what it’s like to live and work as an LGBT person. Business resource company, Expert Market has put together an analysis of the best (and worst) countries to live and work for those thinking of moving abroad.

Following a call from The European Court of Justice (ECJ) for same-sex spouses to receive residential rights in all European countries, Expert Market’s study is the first to identify the countries promising the best setups for lesbian, gay, bisexual, transgender and queer or questioning individuals who want to work abroad. The study investigates lifestyle and employment factors as well as LGBT legislation in 26 different European countries by cross-referencing data for employment rights on sexual orientation and gender identity, laws against hate crime as well as the average income, minimum annual leave, statutory unemployment rate, the average cost of renting a one bedroom apartment (both within and outside the city centre) and safety score. Individual rankings from these factors have been combined to give an overall ranking of the best places for young LGBT professionals to move to for fair treatment and a satisfying work-life balance.

With a burgeoning nightlife scene and the best ‘rainbow score’ in the study, Malta ranks in 1st place as the best place to move to for young LGBT millennials who want to work abroad. Malta boasts the second lowest unemployment rate in Europe at 3.5% and has one of the fastest growing tech scenes in central Europe – these combined with the highest volume of national laws protecting sexual orientation and gender expression of any country in Europe makes it the ideal destination for young LGBT professionals to move to.  With minimum paid annual leave and public holidays at 38 days (the highest in the study and 10 days more than Brits are entitled to) and a pint of beer priced at an affordable £1.59, young professionals can look forward to generous down-time to enjoy the island’s sunny beaches, award-winning diving or historic towns.

Included within the Top 10

Denmark, Austria and Spain ranked among the top five countries to move to for LGBT millennials.

The UK makes it into the Top 10 (9th place overall) for places for young LGBTQ professionals. This is because of its positive ‘rainbow score’ meaning it performed better than some of Europe’s renowned liberal heroes such as the Netherlands and Sweden (who ranked in 12th and 13th place, respectively). Unlike its Scandinavian contemporaries, local governments in the UK have introduced more legislation against hate crime. Although the UK has some national laws in place to criminalise hate speech targeted at an individual’s sexual orientation, legislation and policies for hate crime for gender identity and expression are still only enforced at a regional level. The UK however has expensive living costs with one bedroom apartment rents.

RELATED ARTICLE  Scotland & LGBT - One Size Does Not Fit All

Baltic state Latvia has plenty of room for improvement when it comes to being LGBT. Latvia rankis in last place due to only having minimal legislation in place to protect individuals from discrimination based on sexual orientation in the workplace. Latvia has no policies or laws in place against hate crime or hate speech for sexual orientation or gender expression. Moreover the country also only offers 15 days of minimum annual leave making it both an unsafe and poor choice for work-life balance for young LGBT professionals.

Hannah Whitfield, who headed up this research for Expert Market, says took a huge number of measures into account while conducting this research, from the price of a cappuccino to equal employment rights, with LGBT-focused issues given a greater weighting. As such, Expert Market are confident this study provides an accurate, holistic picture of the best countries to live and work in within Europe for LGBT people.

To read the original article by Expert Market, visit expertmarket.co.uk. 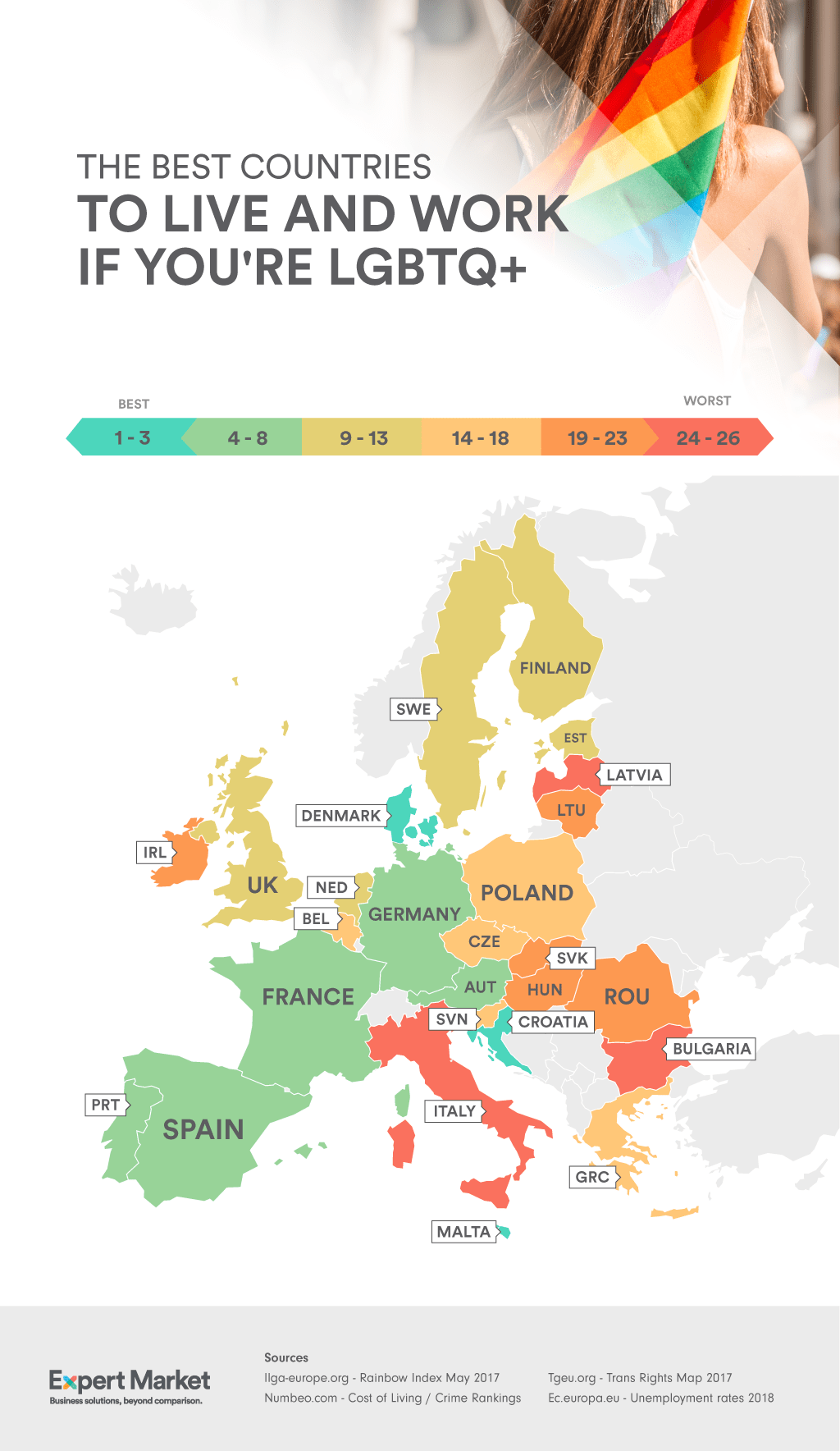