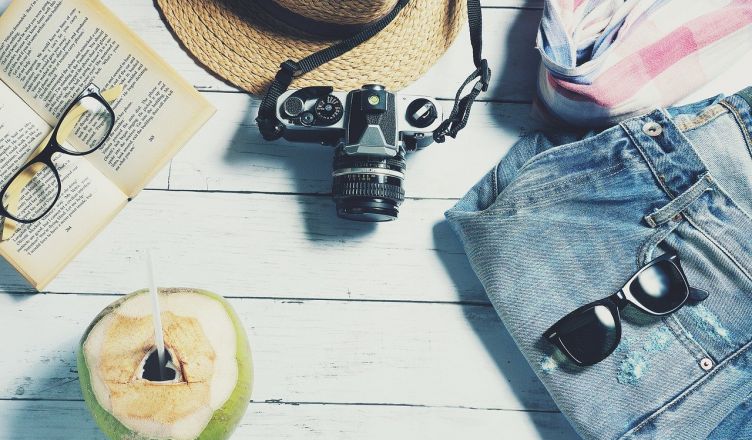 According to new research, Londoners take more ‘fakeations’ than the rest of Britain – but it looks like we’re still a nation of fibbers and exaggerators when it comes to talking about the holidays we have (and haven’t) had.

A ‘fakeation’ is a fake holiday, and according to the research by Club Med, almost half of us have exaggerated or outright lied about where we’ve been on holiday. A whopping 41 percent of Brits surveyed admitted to lying about trips to countries they have never even visited.

31 percent have fabricated a ‘fakeation’ to appear more interesting, while a quarter do so to seem more worldly and experienced at dinner parties. #FirstWorldProblems, am I right?

20 percent have also lied about holidays to impress a member of the opposite sex, while 24 percent admit they feel judged by others on how much or how little they travel.

A further 22 percent have posted a photograph on social media to imply they were abroad, when they were actually in the UK. And 9 percent have pretended they visited a foreign country, when in fact they had just watched a documentary about it.

Exaggerating about holiday experiences is also rife, as Brits regularly pretend to be more outgoing and curious on holiday than they actually are. 17 percent claimed they had explored an area extensively, when they never left the hotel. 13 percent told people they had been on holiday to a country when they merely changed planes there and never left the airport.

It’s not just strangers we lie to, either – many of us, it seems, are lying to our buddies. The study of 2,000 Brits found that we were most likely to lie about our holidays to friends (40 percent), followed by colleagues (25 percent) and strangers (18 percent).

Of course, there are downsides to ‘fakeations’ – as 15 percent of the holiday-non-makers have been caught in a lie. While 40 percent of them were able to laugh it off, 27 percent said it was hugely embarrassing, while the same number said they offended people with their tales.

When it comes to the most popular holiday deceptions, the study found skiing trips and capital city visits topped the list (5 percent apiece). Also, on the list were backpacking holidays (4 percent) and gap years.

Estelle Giraudeau, Managing Director of Club Med UK and Northern Europe says, ‘This research proves how members of the public are willing to twist the truth when it comes to holidays. However our guests can enjoy everything from reaching the summit in indoor climbing, to taking in the breathtaking views of the snow-capped mountains with Nordic walking.’

Younger Brits aged between 16 and 29 (60 percent) are much more likely to make up holidays than any other generations – and only 17 percent of over-60s say they’ve taken a fakeation.

Likewise, Londoners (53 percent) are much more likely to take fakeations than any other city – almost twice as many as Cambridge (27 percent). So there you have it. We’re all a bunch of holiday fakers.