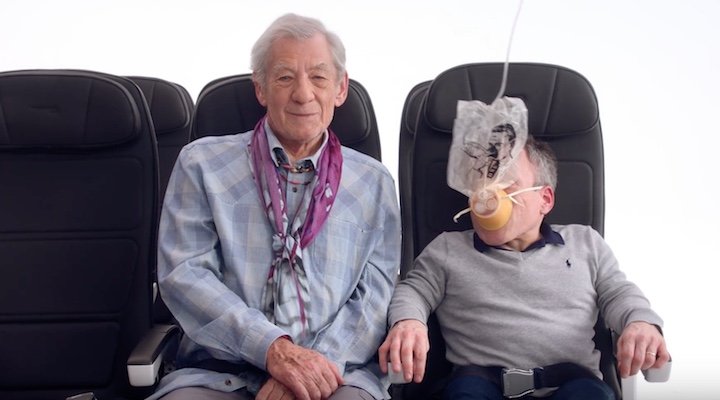 Many of us spend the Easter period with family and friends, it is often a time when we start to plan, or discuss our summer vacations. We at Vada Magazine love to travel, and reading our travel section, there are LGBT-friendly travel guides, travel inspiration guides, reviews and much more.

However the journey is not just about the destination, it’s about getting there, of which flying is often a key component. At Vada we have rounded up the top 5 inspiring, fun and engaging airline safety videos – apologies to any cabin crew reading: whilst we cannot fly without you, unless you have a dance routine choreographed for the safety routine, it’s hard to compete with these productions. So for the next long-haul trip planned, if you choose to fly with one of the airlines below, remember to pay attention to these airline safety videos. Happy flying!

As the Australian flagship carrier, Qantas have chosen to film their airline safety video in locations that they fly to all across the world. Look out Brighton Pier featured to demonstrate how to get onto the escape slides.

The British flagship carrier has been under fire in the press over the past year for IT issues, and reducing its products and services to those akin to a low-cost carrier. Nevertheless, this airline safety video is stand out against any other UK-based airline, featuring an abundance fo British celebrities from Gordon Ramsey to Ian McKellen and Gillian Anderson.

Air New Zealand has the newest airline safety video we’re featuring, having launched in February 2018. It is filmed in Antartica, shining a global spotlight not he important climate and environmental scientific research underway there. And it features Adrian Grenier (from The Devil Wears Prada) – science and sex appeal, both boxes ticked.

Although filming took place in a studio only, we enjoy this airline safety video for its choreography and set design. American Airlines know how to werrrk a set.

The most chic airline safety video that you will see in the air is that of Air France. Six perfectly manicured, coiffed and styled actresses play the role of air stewardess and passengers. Only in France could a seatbelt be used to elegantly highlight your waistline, so bravo to this fashion-forward airline safety video.