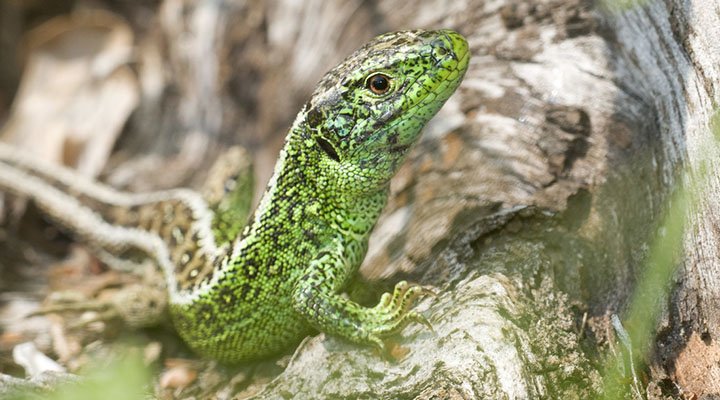 With humans inhabiting the South Downs for millennia, it’s no wonder this rolling landscape is a swirling cauldron of myths, legends, folklore and ghost stories. Among these are a couple of dragons, armies of dead soldiers, and more.

Misty mornings, magical woodlands, an abundance of ancient monuments, and some of the darkest skies in England only add to its enigmatic and atmospheric allure. So, for Halloween 2019, take a look at these six intriguing spots – all with stories cloaked in mystery and guaranteed to stir the imagination!

Who or what lies beneath Kingley Vale? A special place of Bronze Age burial mounds and Iron Age camps, tales of hauntings in the dark and silent grove of ancient yews will come as no surprise to those who know this spot.

Stories tell of the Kings’ Graves or Devil’s Humps as the tombs of Viking leaders buried in 894AD, with the yews marking the battlefield site, stained red with the blood of dead warriors.

Legend has it that the woods are haunted by these Vikings, while one story suggests that the gnarled trees transform into human forms at moonlight.

According to local legend, the devil decided to stop the Christian conversion of Sussex by digging through the Downs, letting in the sea and drowning them all.

Clods of earth thrown up by his digging formed Chanctonbury, Cissbury, Rackham Hill and Mount Caburn.

An old lady saw him, lit a candle behind a sieve and knocked her rooster awake. The devil thought the sun was rising and ran away, throwing the Goldstone into Hove on the way. One more clod fell from his hoof and became the Isle of Wight, or perhaps he landed so hard in Surrey he formed the Devil’s Punch Bowl!

Does a ghost army of defeated Royalist soldiers return to the English Civil War battlefield near the village every four years?

“The shape of the land shapes our myths and legends, so it’s not surprising that stories have grown around the ancient flint mines, barrows and hill forts of the South Downs,” says Heather Robbins from Sussex Centre for Folklore, Fairy Tales and Fantasy at the University of Chichester. “It’s been fascinating to see how they fit across the land and we hope it will encourage more people to learn about their local mythology.”

Completed in the 1770s, and arguably one of the “spookiest” places in Sussex, there have been reports of paranormal activity at the isolated folly, including bricks being thrown from the top of the tower and a ghostly woman walking around the building.

According to local legend, there is a “ghost tractor” in the fields that comes right up to you then disappears.

This popular spot is reputed to be one of the most haunted locations on the South Downs. The beech trees that circle the ring were first planted in 1760. But long before it was the site of Bronze Age burials, Iron Age forts and a Roman temple. According to local stories, walking widdershins (anti clockwise) seven times round the ring will summon the Devil, ready to offer you a bowl of milk, soup or porridge in exchange for your soul.

Anooshka Rawden, who leads on cultural heritage for the South Downs National Park, said: “We all love a good ghost story and there are plenty in the South Downs to choose from!

“A recent study by Chichester University on the myths and legends across Sussex and the South Downs revealed that areas in the National Park could be home to 80 per cent more stories of fairies, and a third more ghosts, than the average across East and West Sussex.

“The rich folklore of the South Downs only adds to the magic of the beautiful landscape, so I would encourage visitors to get out and explore this autumn and winter!”

To find out more about the rich and varied folklore of the South Downs National Park visit chi.ac.uk/fairytalemap

A free Halloween event takes place on Chapel Common, near Liss, Hampshire, where people will be able to discover the weird and wonderful beasties living on the heath! There will be a “trick or treat” trail to learn about the wildlife, meet an Iron Age tribe, have your face painted with a spooky nature twist and learn how to make a traditional broomstick.

The event is made possible thanks to generous funding from the National Lottery Heritage Fund which is supporting the Heathlands Reunited Project.

Deadly Heathlands takes place from 10am to 3pm on Tuesday, 29 October and no booking is required.