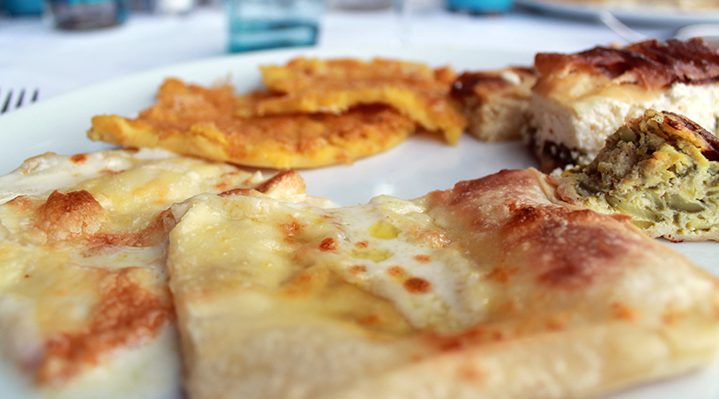 Italian and Mediterranean naturally reign supreme in Genoa, although you can easily find international cuisine such as Indian, Thai, Chinese and American. Dishes tend to the simple end of the spectrum, with well done fish or meat as staples, and little in the way of accompaniment. If you want you want lots of sides, then these will usually have to be ordered separately.

Dining out as a vegetarian was a particular challenge. My colleague had pesto with pasta done at least five different ways – and when I say pesto with pasta, that was literally it. Maybe a splash of olive oil and some tomatoes, but that’s it. Parmesan is also not vegetarian, although non-branded hard cheeses may be (depending on how they’re made). If you can find a place with a salad on the menu, then try that, because you’ll be glad of the change. Due to language issues, too, when we said ‘no peanuts’, staff without fail thought we meant ‘no pine nuts’ (which rules out pesto). Apparently, the key phrase is ‘allergico alle arachidi’. You’ll want to get this right, because pesto comes on everything, and for vegetarians who are also allergic to peanuts, you’ll basically be eating plain pasta the whole time. Not good.

What Genoa does get right is the fresh meat, fish and fruit, and the pasta. Just remember that pasta, olive oil and garlic constitutes a meal here – expect simple, and be specific if you want something fancier. We ate some delicious octopus and squid here, beef that was to die for, and some stunning variations of focaccia. What follows is what we learned from our visit to the gorgeous port city.

The best of the city

Cavo Marescotti is a patisserie in the traditional style, with lavish marble counters, lots of polished surfaces and plenty of classic Italian delights. The building it occupies was originally a 13th-century building called the Loggia Gattilusio, which belonged to a family of Genoese traders. It was originally established as a patisserie in 1780 under the name of Cioccolateria Cassottana, but it was renamed in 1906 after the patisseries of the Courts of Savoy and Genoa merged under the guidance of the Marescotti. The Marescotti family provided their own stock of aromatic wines and vermouth to strengthen the offering. When required, the Cioccolateria would seek the help of the Cavo patisserie to aid in order fulfilment. Charles X furnishings, brass, marble, glass cabinets and nickel silver shelves provide a traditional Genoese style. 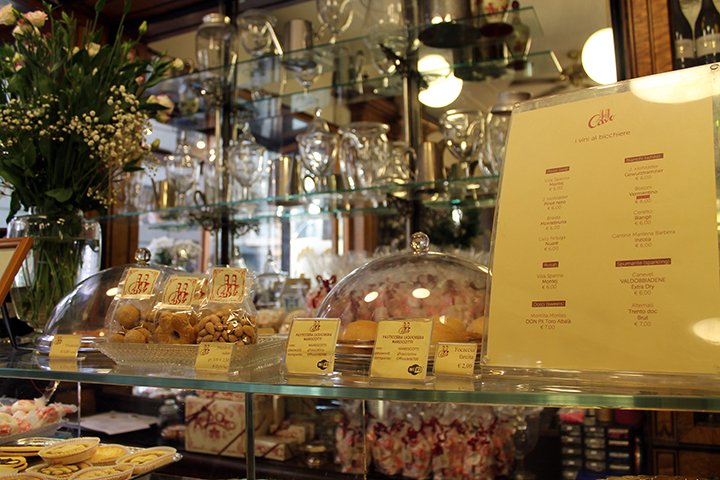 Capo santa Chiara is a gorgeous restaurant on the shore at Boccadasse. The terrace offers beautiful views of the sea, the beach and the village of Boccadasse. Chef Luca Collami puts a stylish spin on traditional cuisine, especially seafood and seasonal dishes. 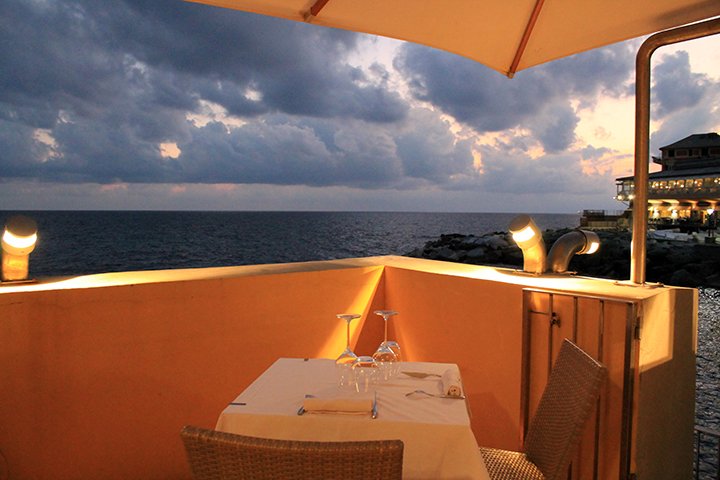 I tre Merli is a clean and refined restaurant by the aquarium and shipyard. Come here for fabulous dinners late into the night or a quick snack in the sunshine in the al fresco dining area in front. Perfect also for cocktails overlooking the port.

Le Rune Restaurant, near the historic Via Garibaldi, is intimate and trendy and serves some of the best food we found in Genoa. While still keeping things simple, Le Rune manages also to get the balance right with accompaniments. The octopus here was fantastic (see below). 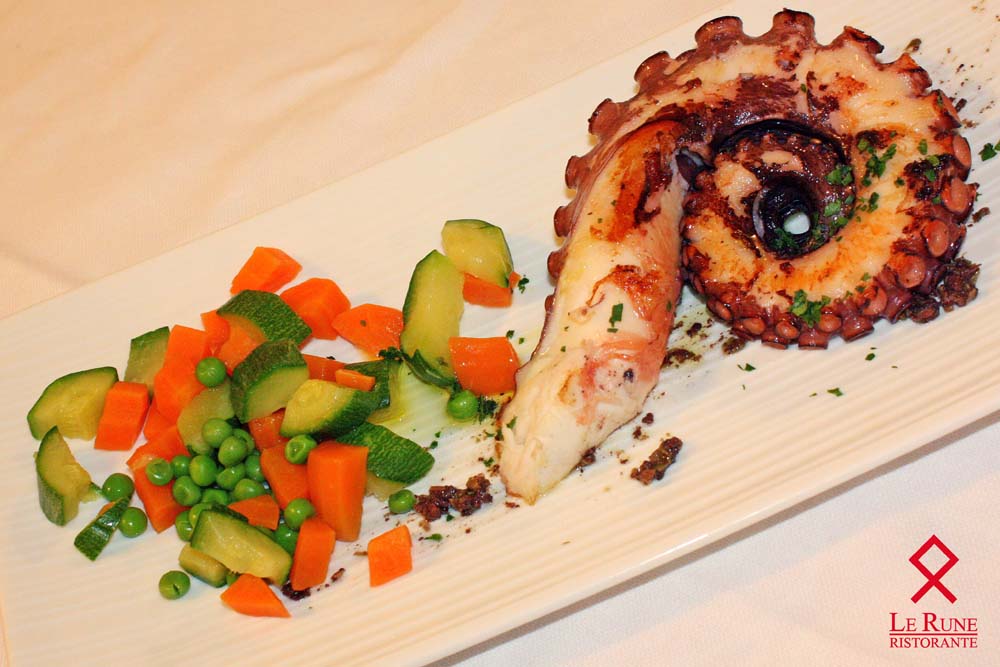 Trattoria da Rina is noted particularly for its exquisite fish dishes, and is a noted historic building. 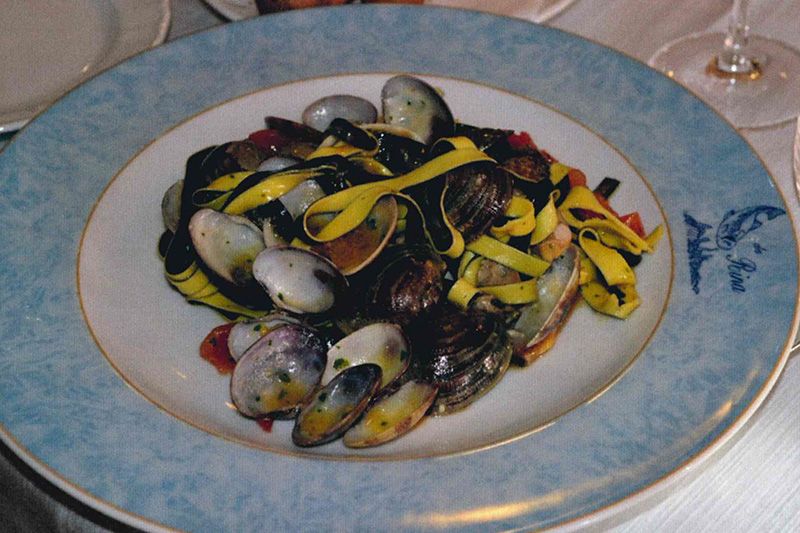 Cambi Cafè is a 17th Century building with frescoes by Bernardo Strozzi. The restaurant is great for breakfast, or later in the day for pastries, coffee, wine and cocktails, but at night it also serves up some great fine dining. 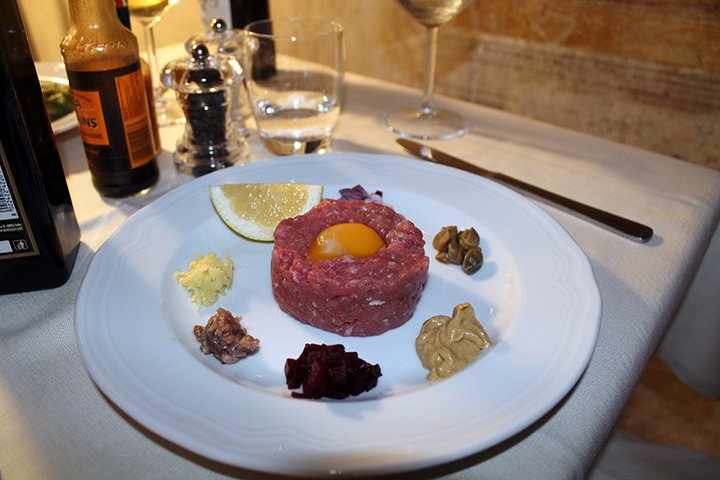 Il Veliero Restaurant, in the arches near the Genoa Aquarium, is a comfortable establishment with a nautical theme and a family atmosphere. It serves traditional Ligurian cuisine based on fresh fish. Among its classic dishes are the tasty whitebait salad, fish ravioli, and the catch of the day.

RELATED ARTICLE  Italy's same-sex unions law may be watered down