For those who haven’t yet decided how to celebrate the end of the year and see in 2018, here is some inspiration in the form of 6 fabulous and quirky events in London, and an extra special option in Florida Keys and Key West. Well, it included Dachshunds and Drag Queens, how could we not! 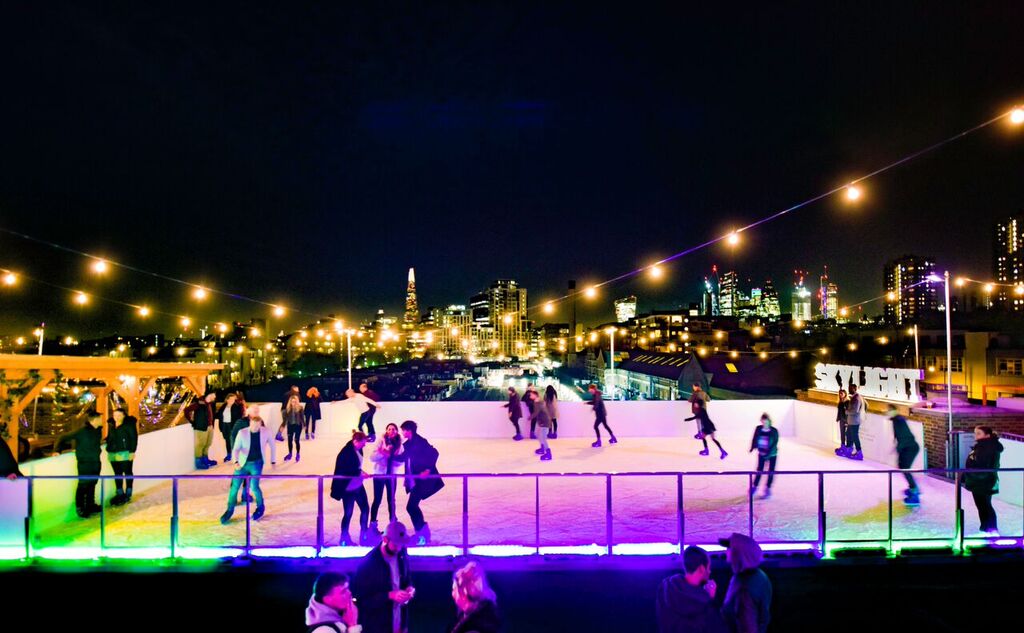 Where better to bring in the new year than on a rooftop overlooking London’s iconic skyline? This New Years Eve, Skylight at Tobacco Dock will be opening its urban skate bar, ice rink and captivating roof terrace from 7pm till 1am for one night only to help revellers ring in 2018. For £20 per person guests will enjoy festive favourites and the finest cocktails alongside indulgent fondue and street food whilst listening to a special guest DJ. When the clock strikes midnight, Skylight’s unobstructed panoramic view will provide incomparable views of London’s firework-festooned skyline, including the annual light show from The Shard.

More information and tickets are available via tickettannoy.com. 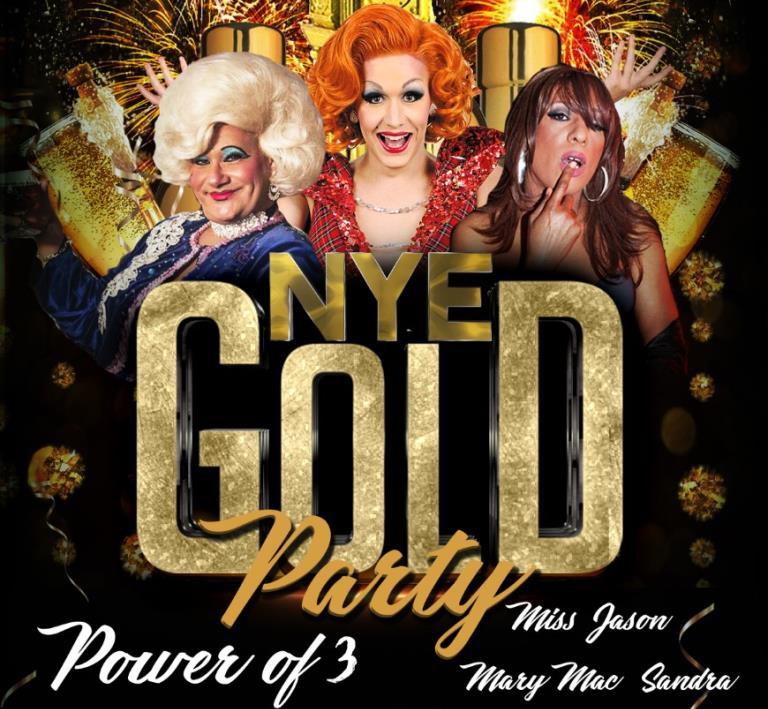 The Biggest and best New Year’s Eve party to see in 2018, The Two Brewers in Clapham promises to be fun and full on. Cabaret and hosting will be from the fabulous, hilarious and camp resident Power of Three Cabaret: Miss Jason, Mary Mac, Sandra. Music will be dished out full force by DJs Demon, Chris Brogan & Liam Chaplin.

Doors open from Open 7.30pm, in both rooms. Tickets £20. To guarantee entry, all tickets holders are requested to be in the venue by 10pm. 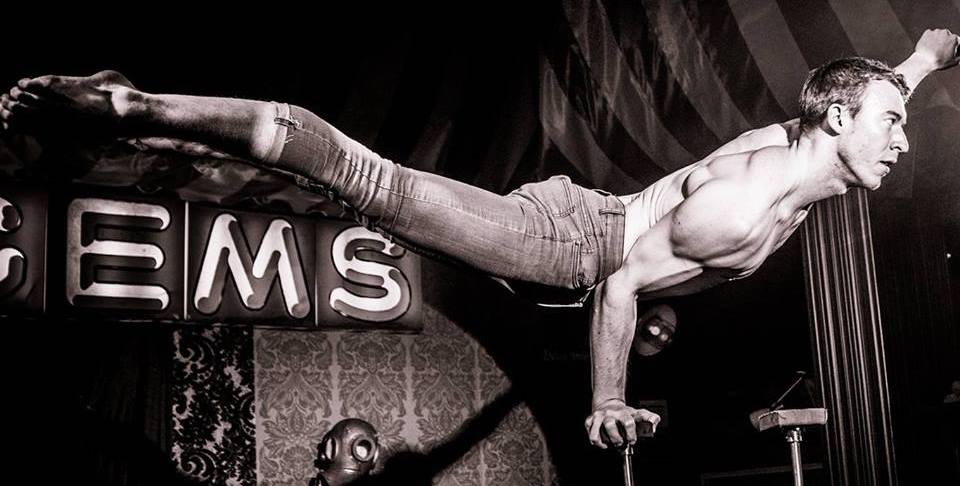 Join 100 Wardour St to welcome in 2018, who this year are throwing Soho’s ultimate New Year’s Eve party Cirque d’Soho. The Bar and Lounge will transform into Soho’s very own Big Top as Cirque d’Soho comes to town. Presided over by Ringmistress Lady Alex, an eclectic mix of mesmerising performers will create a truly immersive circus experience to welcome in 2018.

Bask in the glory of colourful chameleon Lilly Snatchdragon, take a step into Professor Kelso’s mystic caravan, and be dazzled by Storm Hooper – a visual circus spectacle that has to be seen to be believed.

Ticket packages and details are available at 100wardourst.com.

Royal Vauxhall Tavern believe this is the best way to say goodbye to 2017 and welcome 2018: Beefmince – BEAR FULL and ATTITUDE FREE. Admit it, Who does not like a BIG DONG?

Doors at 9pm, with a spectacular show with two of London’s most talented and creative performers: your divine host for the evening, VIRGIN XTRAVAGANZAH, plus special guest (and super weirdo), TRACY BARLOW from 10pm. These two stunning stars will put on a fun and celebratory show, until THE BIG DONG at midnight. VIRGIN XTRAVAGANZAH, is a 2,000+ year old virgin, a cabaret performer, drag queen, singer, song parody writer, and the current title holder for London’s Next Top Queen as judged by Michelle Visage. Special guest, TRACY BARLOW, is the Diva of Durham, the Siren of Sunderland, the Angel of the North! Champion of competitions such as NADC, Drag Idol, and The British Sign Language Awards 2017, Tracy Barlow is not a nice queen, she’s not an ice queen, she’s a Vincent Price queen!

Tickets cost £20, which are available at beefmince.com. 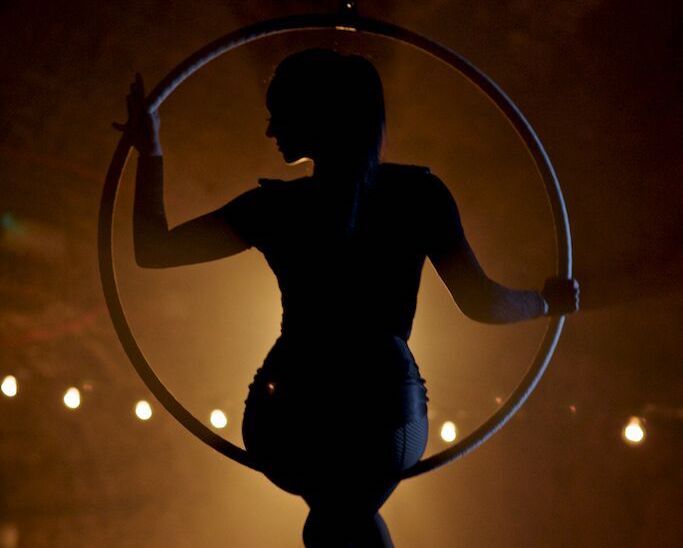 London’s favourite purrrveyors of dark and daring cabaret entertainment, The Black Cat Cabaret are offering up not one but two chances to join the soirée this New Years Eve. There will first be a 6.30pm cabaret show, priced from £24-29 per person as part of the company’s main festive season. Then from 9:30pm – 2:00am for £55 per person, including a glass of bubbly, revellers at The Black Cat Ball will be treated to a gloriously daring cabaret show, a promenade circus spectacle, live music, roving performers and an extended DJ set all held in the spectacular surroundings of the Paradiso Spiegeltent at Christmas in Leicester Square. Immerse yourself in the evening’s revelries with a dress code of ‘gold, red or black; silver-screen sirens and dapper gents’. 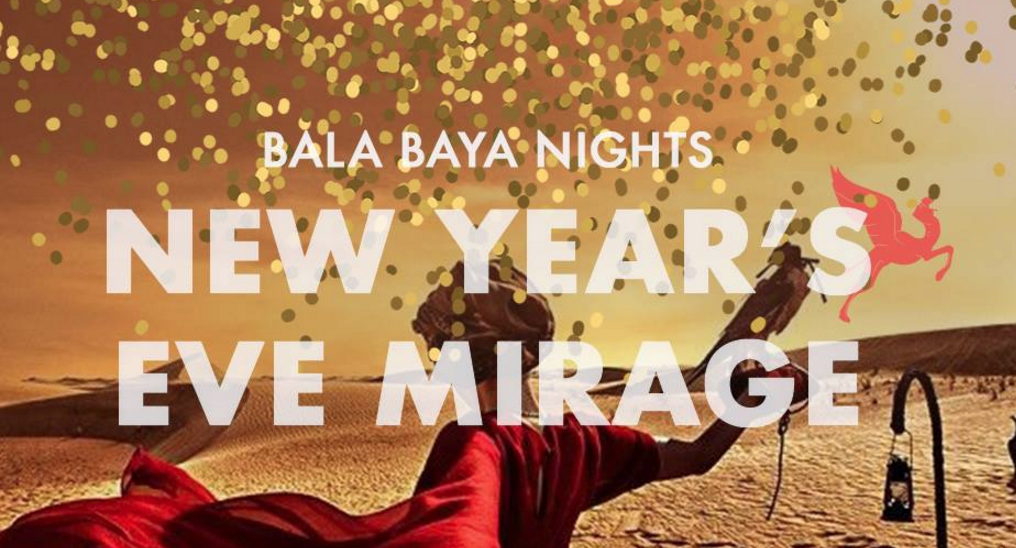 Fly into the New Year With Bala Baya, London

Calling all desert wanderers – this New Year’s Eve, Bala Baya are inviting guests to experience the mirage of the year. Join them for an evening of feasting, tribal beats and exotic desert vibes as they bring the heat to the heart of London until the clock strikes 12… and beyond.

Bala Baya will be hosting three dreamy dinner seatings: For early birds, for those who want to feast then dance the night away, and for the party animals. A £10 entry ticket is required on top of the menu choice, but that includes a glass of Champagne Gazoz.

The Special NYE feast will include a whole hunk of beef charred to perfection and finished with stewed fig jus, fluffy wild mushroom & confit garlic Tunisian bread and double roasted potatoes with black truffle & Taleggio. And with two floors, two bars, exclusive cocktails and DJ Jesse Vickerie back on the decks until the early hours of the morning, the Tel Aviv-inspired Bala Baya promises to entertain.

For those wanting to swap Britain’s frozen shores for a trip to sunnier climes to welcome in 2018 in the subtropical Florida Keys where two quirky ‘only in the Keys’ celebrations are planned.

Quite a sight to behold, the annual Key West Dachshund Walk sees up to 200 dachshunds, many of them costumed, and their owners participate in a noontime ‘wiener wonderland’ stroll through Key West’s picturesque downtown. Spectators can watch the fun and meet the canines on Fleming Street between Whitehead and Duval streets.

Known as the ‘Red Shoe Drop’, the revelry continues as the clock ticks closer to midnight with renowned drag queen Sushi recreating New York City’s iconic Times Square ball drop, but with a twist. Perched in a gigantic red high-heel shoe suspended above the crowds, Sushi is to be lowered from a balcony at the Bourbon St. Pub/New Orleans House complex seconds before 2018 arrives, in an annual event that has become a Florida Keys tradition – the ‘Red Shoe Drop.’

Elsewhere in Key West, there is a ‘conch shell drop’ at Sloppy Joe’s Bar on Duval Street; the lowering of a pirate wench from atop a tall ship’s mast at the Schooner Wharf Bar and the drop of a huge replica Key lime wedge into a larger-than-life margarita glass at the Ocean Key Resort & Spa.

Bon Voyage is offering five nights in the Florida Keys from £2,995 per person. Departing on 29 December 2017, the price includes two nights in the Upper Keys followed by three nights in Key West, British Airways flights from London Heathrow to Miami and car hire for the duration. Based on two adults travelling and sharing room-only accommodation.