Amanda Lepore has a stunning body – that much is true. So when she boasts that it’s the most expensive in the world, you kinda believe her.

Let’s get this straight: Amanda Lepore is queer royalty. Forget your Graham Nortons and your RuPaul’s Drag Race winners, runners-up and downright losers – Amanda has been there, right on the cutting edge (of her cheekbones).

You may remember her from such things as Party Monster or MAC or The Blonds or pretty much the entirey of David LaChapelle’s body of work. She is the body of work – a masterwork, a work of art, and all the werq you care to give.

So it was no surprise I was there, on the front row, cheering her on. She was Marilyn, she was Barbie, she was sinewy plastic and she was just what the audience wanted.

Though the sublime Amanda only did three numbers, she did so to catcalls and cheers, stripping off her garments to reveal glittery tassels and plenty of sass. But those three numbers were more than enough to feel you were in the presence of a real star – not some tired queen on a never-ending tour of every single gay bar in the Northern hemisphere.

I’m being cruel to those other queens, of course, but when The Library is open – you gots to read! 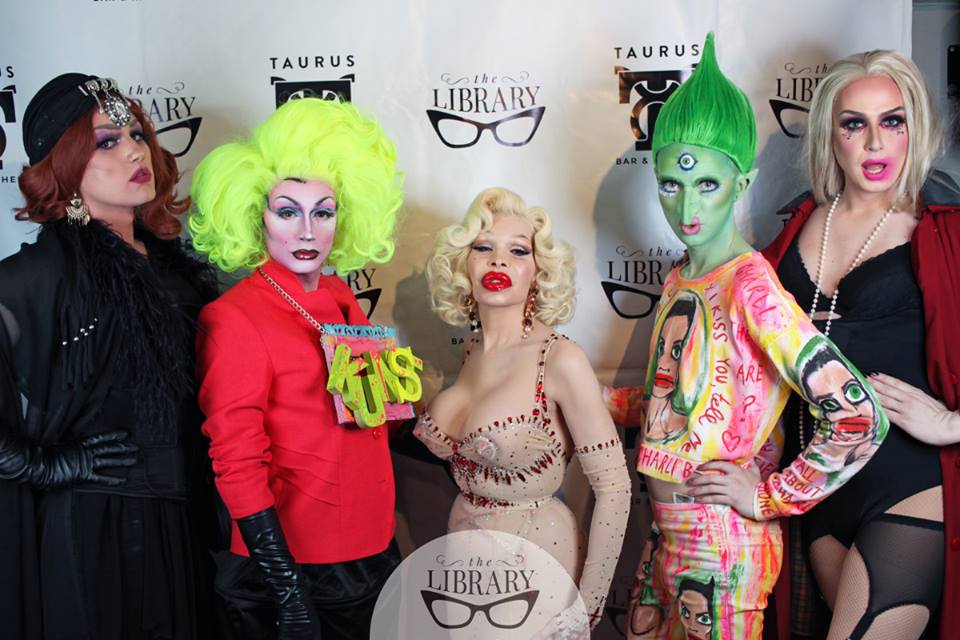 I won’t even say that Amanda was the half of it, though. She’s an icon and she’s glamorous (and, okay, let’s be honest, she did only take her clothes off and do three numbers – even if it was amazing), but the real stars of the night were the Librarians. Called up to the stage again and again, and hosting throughout, you kinda feel they were the ones who put in all the legwork.

Anna Phylactic, as always, stole every number she was in. She makes it look so damn easy I just want to throttle her (again). Her outfit was on-point, her performances polished, and her lipsync perfect. But we already knew it would be. I needn’t give her any more love than she already gets (love ya, girl!), so let’s get onto the others…

Narcissa Nightshade did a hilarious turn as a psychic – channelling Shirley Ghostman in her lipsync, and through her, Cilla Black and a host of other characters. I was pleasantly surprised by Narcissa, not because she’s anything but a pro, but because there’s always a risk of younger queens getting kicked to the side by the egos of the older queens. Not so in this case, and I was positively in hysterics the whole time. Go, Narcissa!

My most valued player for the evening, however, was Miss Blair. She hosted with aplomb. I’ve seen Miss Blair perform a few times, and she’s always oozed class and talent. But it’s one thing to perform a lipsync and quite another to grab the mic and maintain an audience’s attention throughout.

Miss Blair was charismatic, funny and razor-sharp (perhaps even as sharp as Ms Lepore’s hip-bones). She needs to host more often.

Charli didn’t do a solo number, although she did perform in the group numbers. It would be great to see her take the plunge and do a turn onstage next time, but the pressure of promoting and running around is usually enough to put even the most dedicated of organisers off an exhausting extra number unless it’s absolutely necessary. 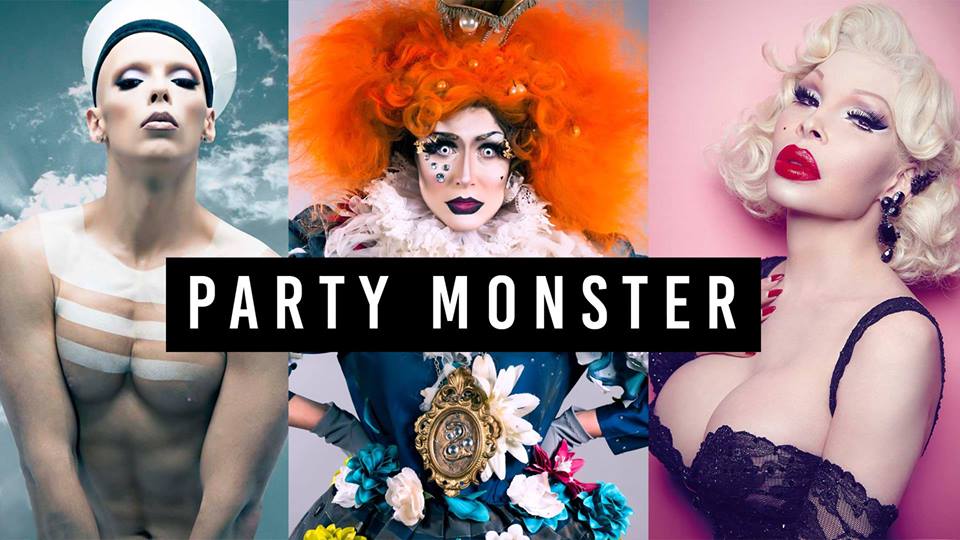 Like the trooper she is, the hardcore party-animal-cum-hostess Anna Phylactic joined up with sister-wife Cheddar Gorgeous (fresh off the telly-box for That’s Pride) to host the official afterparty at Cruz 101. Swathes of glamorous things marched down from Taurus – and not a small number from the nearby bars and clubs too – to fill Manchester’s biggest LGBT club.

Sadly, Amanda Lepore didn’t arrive, but all the fabulous kings, queens, monsters and in-betweens dragged themselves there and hung around till the early hours. It was a glittery and fun affair, and the perfect ending to a long weekend of Halloween celebrations (I’d been out five nights in a row, four of them in drag).

Somehow, we all managed to last until 5am, whereupon Anna, Cheddar and I helped a young man who’d broken his leg into his taxi (he was absolutely determined to see Amanda, I think). We rounded this charitable act off with cheesy chips and pizza, which was a fitting reward for the effort.

All in all, I call that a successful night, don’t you?

8 thoughts on “Amanda Lepore at The Library – Review”