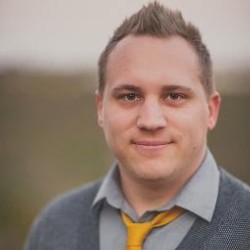 For lovers of music and artistry, the United Kingdom is the best place to be. Through the years, this nation has hosted thousands of incredible events that were not only praised locally but throughout the world. Undoubtedly, the UK has produced some amazing artists that are highly admired.

At times, it becomes hard to decide which show or event to attend in the UK because the choices are so varied. However, whatever you’re looking for, you could do worse than consulting this handy guide.

RENT! The Musical is a rock opera based on the story of a group of Bohemians struggling in modern day East Village, New York. It tells the story of East Village dwellers who try to fight against the bitter realities of real life under the shadows of HIV/AIDS. The show opened with a two-month trial in New York in 1996 before transferring to the Netherlands.

The story revolves around two roommates, Mark and Roger. The best part about RENT! is its lively music, and the blend of rock opera ballads and choral numbers. It also presents some emotional solos that will take you from tear-filled sorrows to hysterical laughter.

The story is written by Jonathan Larson, who died before seeing the success of his show due to an aortic aneurysm just before the final dress rehearsal. So, if you are ever in Edinburgh, plan a trip to see this amazing show (check out RENT! performance dates). The main cast of the show, including Danny Harris, Kaleb Wells, Skyler Volpe, Aaron Harrington and Katie Lamark is totally worth it!

Realistically, fun, humour and music are at their peak in the musical. Music Hall Tavern has been entertaining over the last twenty years, which clearly shows the popularity of the cast and the creative team. Originally started in the Canary Islands, the MHT cast entertains the audience with their amusing acts throughout the year.

A night at the Music Hall Tavern is full of fun and joy for both the young and old and they’ll make you laugh with their comic parodies and hilarious interpretations of some of the most famous movies and stars of all time.

Such a Drag, Edinburgh

Such A Drag is a full night of dancing and lively entertainment. Whether you feel a bit regal or you just want to enjoy the costumes, this drag queen silliness is there to do the trick for you. Also, the venue itself is an awesome environment. It has hosted some of the most popular performances in the past.

It is overall a nice colourful club popular for its vibrant party space with seven opulent private karaoke rooms, live music and cabaret. Burlesque dance classes, mixology-master classes, and much more can all be arranged here; so too the use of the Lizard Lounge and their private party space.

This play was written by Jonathan ‘Gimme Gimme Gimme’ Harvey in 1993. The story is based on the love of two working class boys from Thamesmead. Undoubtedly, it’s a cult classic for the LGBT community – with the film beloved by many. It’s a story with a delicate touch of attitude, energy, frankness and humour.

Jamie falls in love with Ste but Jamie’s mum, at first, doesn’t accept the love of her young son (Ste’s dad is even less happy about it). But at the climax, she accepts it and both the boys dance slowly at the foot of their high-rise while the neighbours watch.

The current cast of the show includes Timothy Vogel as Jamie, Michael Sherry as Ste, Kasia Karbarz as Leah, Erin Cauley as Sandra and Tony Pelligrino as Tony.

Beyond is one of the most outstanding LGBT-friendly after-hour parties in London. It starts at 11pm Saturday and runs till late night Sunday at one of the most loved and admired venues of London. Steven Sharp, the organiser, brings the most electrifying music to the party. It includes go-go boys and other stunning performers.

The DJ Andy Almighty presents The Christmas Party one week before the Christmas on Friday 18 December at The Royal Vauxhall Tavern. DJ Sean Sirrs will also play with Andy to add some charisma for the audience. Timings of the show are from 10pm Friday to 5am Saturday. Nothing is better than welcoming the Christmas with your friends in such a passionate and rocking way at one of the best venues in London.

It’s also a tribute night celebrating music from the glory days of the legendary gay club night, Love Muscle, which ran weekly from 1992 until 1998 at the Fridge in Brixton. You can avail yourself of tickets for as little as £6 if you book early.

GFEST is an annual event held in London. It includes films, art and performances created and performed by the bisexual, gays, lesbians, intersex, queer, and transgender community. This year is the ninth year of the festival.

Also for 2017, the new electronic music for ‘Marg – a pathway’, the dance classic composed by Benjamin Tassie, will be performed. He will play a set of his music for violins, gigantic flutes, keyboards, electronic instruments, and much more. Other entertainments include an Indian dance form known as ‘Mahabharata’ which will present the ageless sexual diversity and gender fluidity of the style. It is choreographed by Indian dance director Subodh Rathod with the collaboration of the University of Roehampton dance and music departments. The tickets will cost from £10-£15.

View all posts by Mike Rotts →