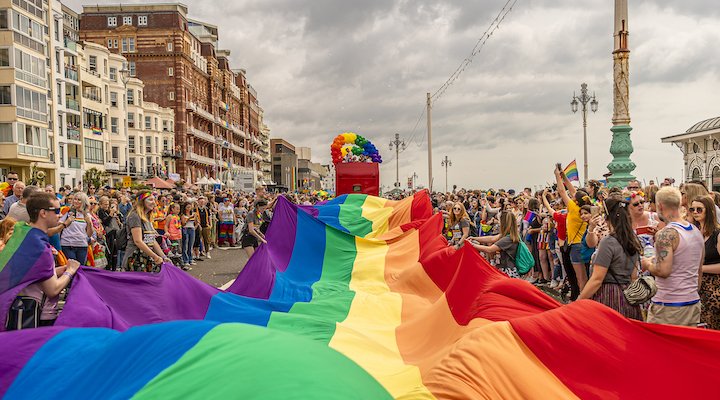 The UK’s biggest pride festival, Brighton and Hove Pride, has announced the headline acts for the its 30th anniversary on the first weekend in August.

Pride is both a celebration of how far we have with with LGBT equality and an ongoing campaign for those marginalised communities at home and abroad who still suffer persecution. Brighton and Hove Pride’s FABULOSO Pride in the Park is therefore a means to raise funds for LGBT charities including the Rainbow Fund and Pride Social Impact Fund.  The headline acts this year for FABULOSO Pride in the Park are expected to draw big crowds and therefore help to continue to support this charitable work.

With more than 200 million albums sold, and 19 number 1 singles (18 of which are self-written), Mariah Carey is the biggest female artist of all time. She has used her platform to support LGBT equality and inclusion and for her work, received a GLAAD Ally Award in 2016.

Mariah will headline the first day of the FABULOSO Pride in the Park, marking the first time she will perform at a Pride event across the globe.

Historically known as being the more family-focussed day of Pride in the Park, this year’s Sunday festival see the headline act Pussycat Dolls reunited for a UK tour and their first performance together in over a decade. We hope to see a performance of their new single React, and of course some of their many previous hits (including 8 UK top 10 singles).

Many LGBT performers and allies are expected to be confirmed over the coming weeks. For more information on the full line-up of events and acts, and to purchase tickets to Pride in the Park, visit brighton-pride.org.