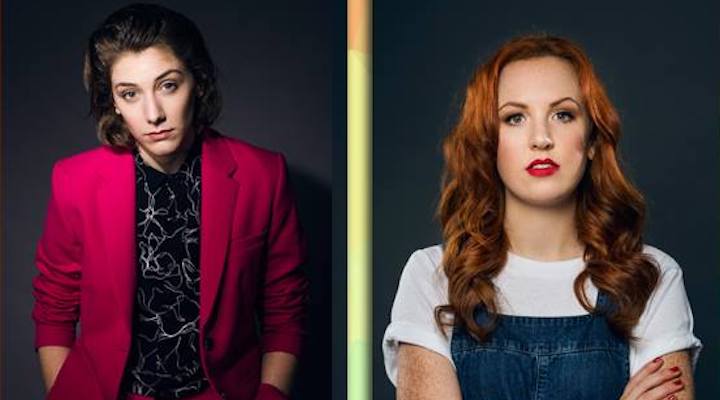 Milroys, the Whisky specialists originally of Soho, have launched a series of combined whisky tasting and comedy nights at their new Spitalfields site. The events include a night of comedy alongside three drams and three highballs from some of their most-loved distilleries, to be enjoyed together with the bar’s record-breaking selection of whisky and a menu of bar snacks from The Ingredientist.

March’s event will honour International Women’s Day in the form of a Straight Up & Funny (Honey) Comedy Night with Aberfeldy Whisky. A whisky that is honeyed and sweet in taste, known as the golden dram, a whisky that is a classic dram with complexity yet still approachable. The event on 4 March will champion ‘women in Whisky’ being an inclusive event and open to everyone. Stereotypes to be left outside.

The acts for the March evening are Catherine Bohart (recognisable from E4’s 8 Out Of 10 Cats, BBC’s The Mash Report), her partner Sarah Keyworth (known from being a nominee of Edinburgh Comedy Award for Best Newcomer, ITV 2’s Stand Up Sketch Show, Comedy Central’s Roast Battle) and Thanyia Moore (Funny Women Award Winner).

The comedy-whisky tasting nights are the first Wednesday of the month, with events listed at milroys.co.uk.

The next event is on 4th March, tickets cost £35. To purchase visit milroys.co.uk.

27 August, 20207 September, 2020Daniel Wren
To celebrate its fifth anniversary, the Corn Exchange Manchester is inviting its guests to share their stories of missed celebrations or to nominate deserving individuals to be granted a surprise Corn Exchange treat. (Read more)

12 October, 2020Jake Basford Comment
‘Crash Bandicoot 4 – It’s About Time’ is not only a useful moniker for the way the audience feels, but also hints at the plot. “Crash Souls” as has been dubbed by our Geek Editor is deceptively hard and necessarily so. (Read more)

11 July, 2020Jake Basford
With Crash Bandicoot 4 being announced, the new Crash Bandicoot mobile game On the Run has been announced with a trailer too! (Read more)
We use cookies to ensure that we give you the best experience on our website. If you continue to use this site we will assume that you are happy with it.OKNo