After the worldwide success of her fourth studio album, Prism, and the revolutionary California Dreams Tour, Katy Perry has decided it’s best if she hops back on stage to sing us some new songs. Her previous tour, consisting of nearly 125 dates over one year, bagged the popstar an almighty $60 million and it seems as though this voyage of the globe will fill her pockets once again. More importantly, she’ll be singing some absolute corkers too.

Perry previously hinted at a 2014 tour during several of her recent performances promoting Prism and she took to Twitter yesterday to reveal the first 11 dates of the Prismatic Tour. Rather wondefully, they’re based right here in the UK. Katy told fans she was ecstatic to announce that she was beginning the tour on our soils and is bringing the delightful Icona Pop along for the ride. She begins her trek on 7th May in Belfast before ending up at London’s 02 by the end of the month with stops in Newcastle, Liverpool, Birmingham and more on the way. There are dates in between which, if these tickets are half as hot as McBusted ones, will no doubt be filled once demand inevitably increases.

The dates (so far) are as follows:

In terms of layout and production, KP has promised a new chapter in comparison to her previous tours. Having previously mentioned that her new music was not a Teenage Dream 2.0, she stated that her vision is “less cartoony” this time around. The Reflection Section is a brand new addition to the tour, coming in the form of a standing pit surrounding the stage, allowing Perry to be “closer to her fans than ever before”. With critics commenting on the emotional vulnerability of this album, this sounds like a sentimental and thoughtful aspect, something which perhaps the crass and colourful California Dreams pilgrimage glazed over.

The first batch of tickets go on sale this Friday, November 22nd at 9am. Prices haven’t been revealed as of yet but rumours hint that Reflection Section hot spots are roughly £75 whilst standard seating ranges from £40-£60 so don’t hang about guys. Hopefully, Vada will see you there. 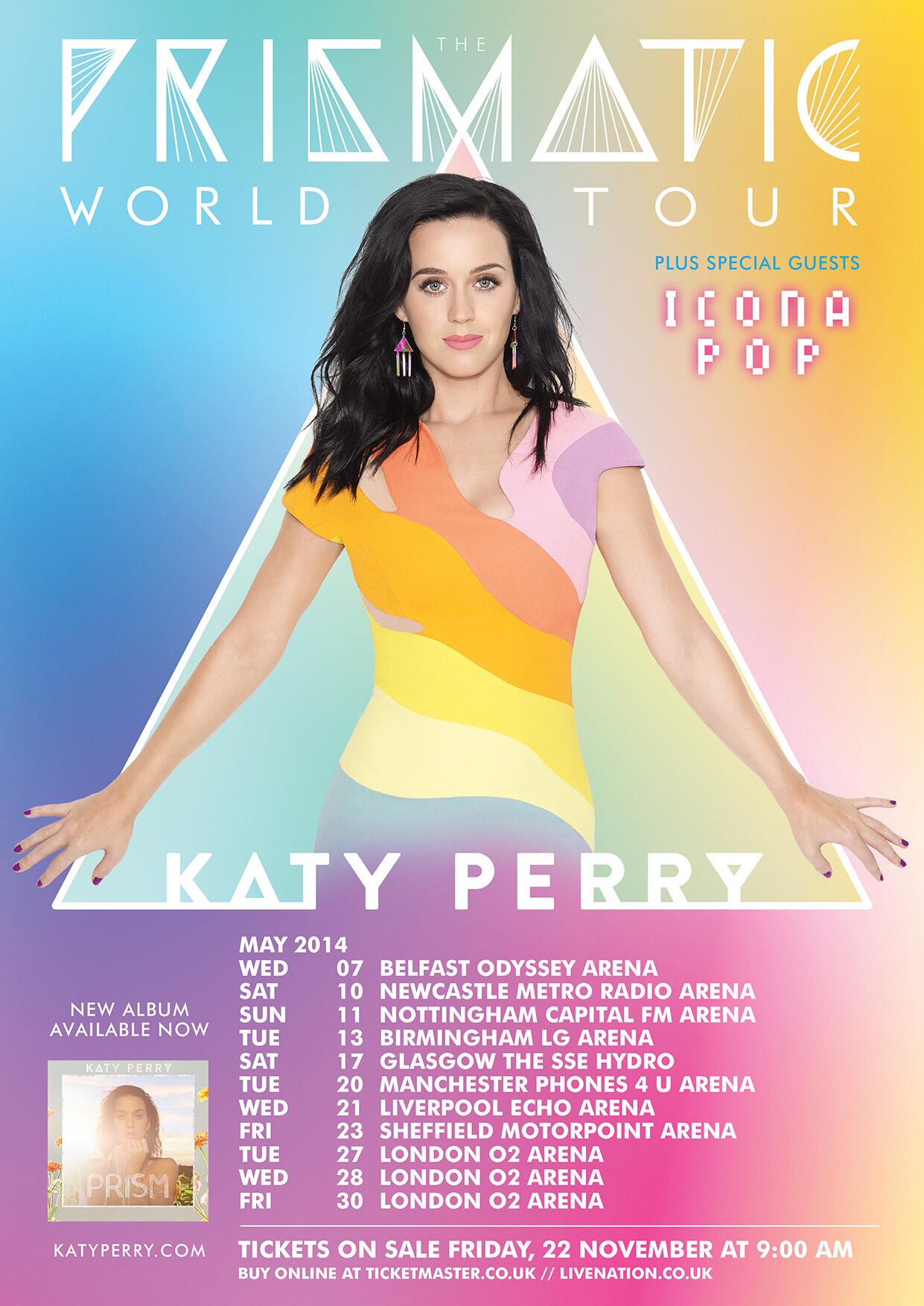